One of the main criticisms of the Canon 7D was that its high ISO abilities are  not as great as the 5D Mk II. While this is true, that doesn’t mean that the files produced are not usable in the slightest. I took the 7D to a get-together amongst New York game journalists as well as another event to test the high ISO abilities as well as the autofocus abilities. Check them out after the jump.

END_OF_DOCUMENT_TOKEN_TO_BE_REPLACED

I recently had the pleasure to chat with Christian Erhardt who is Vice President of Marketing Photographic Division, Leica Camera USA. On the agenda were questions about how Leica has changed recently with the success of their new products, their growing userbase, and tactics to lure in the average American consumer. Hit the jump for the full interview.

END_OF_DOCUMENT_TOKEN_TO_BE_REPLACED

for quite a while now throughout my Nikon D3s

field reviews. Of all the different straps I’ve used, the Sun Sniper is perhaps the most comfortable I’ve ever worn while allowing maximum freedom for your camera’s accessibility. Since using it, the official brand straps have never went back onto the cameras.

END_OF_DOCUMENT_TOKEN_TO_BE_REPLACED

Questions For The Phoblographer Readers

Hi Readers, please hit the jump and answer the following poll questions so that I can help to tailor content better towards you. Also feel free to leave comments, criticisms, praises, etc down below in the comments.

END_OF_DOCUMENT_TOKEN_TO_BE_REPLACED

The Olympus EPL-1 is not a camera that many readers of ThePhoblographer would flock towards, however, I decided to give it a second look as I have been told that my previous posting was very harsh on the camera. This time, I not only tried my friend’s camera but also one at a local camera dealer. Let’s get right into this with another analysis then.

END_OF_DOCUMENT_TOKEN_TO_BE_REPLACED 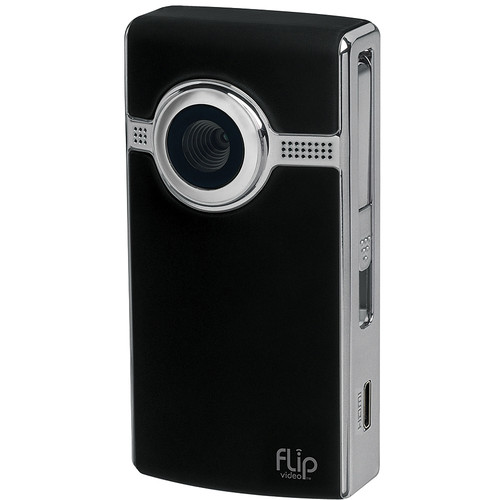 Former writer Vincent Pastore recently reached out for information on camcorders. If you’re searching for one for summer fun or just one in general, this may be a post to take a look at.

END_OF_DOCUMENT_TOKEN_TO_BE_REPLACED

Though not what it’s really meant to shoot, the Nikon D3x accompanied me on a trip to South St Seaport shooting almost in the style of The Sartorialist. Scott is a wonderfully talented photographer that combines street photography with fashion. I tagged along with my friend Katie Jane Parker while doing this. Here are some of my findings.

END_OF_DOCUMENT_TOKEN_TO_BE_REPLACED

The field review of the Canon 7D continues and accompanied me to the recent Pillow Fight in Union Square. I’ve shot this event for the past four years and so have an understanding of what typically goes on here. Being an action and sports camera, let alone a rugged one, I thought that the 7D would’ve been the perfect camera for this. The answer: yes and no.

END_OF_DOCUMENT_TOKEN_TO_BE_REPLACED

A Hint of What's To Come With Canon?

Something that I asked for from Canon in my Nikon D3s review was the ability to use the crop sensor area mode that Nikon allows users in their more advanced models. It’s a very useful feature and really helps out in many situations. Photography Bay just finished their review of the Canon T2i and they seem to really be pushing the new cropped movie mode.

Canon has been known to introduce certain features and then implement them in future bodies. For example, the variety of movie modes were first available in the 7D, then the 1D Mk IV and finally the T2i. The T2i allows for cropped movie mode recording though, something not available in the other bodies. Could this perhaps mean that the 60D and 1Ds Mk IV will have this feature as well? If so, will it also allow for the capture of stills this way too? If it does, it could potentially eat into 1D Mk IV sales unless the shutter speed really isn’t as fast and it is meant more for squarely taking on the D3x.

Only time can tell. This photographer has his fingers crossed. We could probably see it soon as the 50D is being offered right now at a rebate.

Canon photographers, weigh in. What do you think?

Hands on and Hands Off: Olympus EPL-1

I recently had the pleasure of testing the Olympus EPL-1 that is being so highly raved about while on an excursion in Chinatown. While this is a camera that people stepping up to interchangable lens cameras might appreciate, I don’t think I ever want to touch one again. There are flaws with the camera that I really wasn’t satisfied with in addition to huge problems that are totally unacceptable. My conclusions are after the jump.

END_OF_DOCUMENT_TOKEN_TO_BE_REPLACED

Instant rebates are now available on the Canon 50D along with a couple of lenses when they are purchased together.

Note that all of these are conditional with $400-500 off. That’s a pretty sweet deal.

We love to bring you guys the latest and greatest news and gear related stuff. However, can’t keep doing that unless we have your continued support. If you would like to purchase any of the items mentioned, please do so by clicking out link and then purchasing the items as we then get a small portion of the sale to help run the website.

Now that the Nikon field review is over, here is a complete listing of postings for the complete review.

END_OF_DOCUMENT_TOKEN_TO_BE_REPLACED

My old boss, Sal Cangeloso over at Geek.com got to test out my Nikon D3x recently and his reactions are very positive towards it. While Sal is more of a hobbyist and very advanced enthusiast he confirms that the Nikon D3x is surely a camera meant for people that know what they’re doing. While you’re at it, also check out his test of some yummy Zeiss glass that we checked out.

My field review starts soon. So look out for that.

The Canon 7D is a recent purchase of mine made to compliment my 5D Mk II. So far, I’ve been very impressed with the camera. I gave the camera its first real test at a Seder since this week is Passover. My findings are after the jump.

END_OF_DOCUMENT_TOKEN_TO_BE_REPLACED

The above posting (pictured) came up in my google feeds this morning. When I went to click the link, it was flagged for removal already. Happy April Fool’s everyone.

END_OF_DOCUMENT_TOKEN_TO_BE_REPLACED

At PAX East, I got to dabble a bit in a form of photography that I’ve gotten out of: celebrity candids. X-Play’s Adam Sessler was around on the floor making his rounds while the fanboys were too busy with booth babes. The Nikon D3s and the 24-70mm F2.8 ED lens were used. How did they hold up?

END_OF_DOCUMENT_TOKEN_TO_BE_REPLACED

The review of the Nikon D3s is nearing an end, and of all the cameras I am reviewing at the moment it is the camera that I have been most impressed with so far. I went to PAX East this past weekend and shot a couple of concerts. As you know, I am a concert photographer and have been for some time now. The D3s blew away my expectations for concert shooting. Here’s how.

END_OF_DOCUMENT_TOKEN_TO_BE_REPLACED

This past weekend I was PAX East covering the event for my other website, 2D-x.com. The Nikon D3s with 24-70mm F2.8 ED almost never left my side and I’ve really grown attached to the pair. So did the cosplayers and booth babes. Oh, by the way, here’s an image dump of them demonstrating the image quality and sharpness of the pair.

END_OF_DOCUMENT_TOKEN_TO_BE_REPLACED

The Nikon D3s coupled with the 24-70mm F2.8 ED is a combo that is most likely already popular amongst wedding photographers. If you haven’t seen weddings shot with it before, know that you’ll be in good hands. I took a trip to St. Patrick’s Cathedral in New York City the other day and tested the camera out in the darkest area of the church. My findings are within the post.