These accessories are a must-have for photographers who want total control over their RAW files.

We have been having a healthy debate recently in regards to RAW files and JPEGS. JPEGS are great for those who want to just go out and enjoy shooting without needing to worry about editing the images later. RAW files are for photographers who want to eek every bit of data out of their pictures. Both are great formats; there’s no right and wrong. But if you like RAW files, and you want to get the most out of them, you should take a look at these five accessories that will help make your images shine.

END_OF_DOCUMENT_TOKEN_TO_BE_REPLACED The Canon EOS M6 Mk II is a small mirrorless camera with the most megapixels on an APS-C sensor on the market. Sharing the same sensor with the Canon EOS 90D, I was sort of skeptical of how it would perform. But in real-life testing, I was pleasantly surprised. This camera is targeted at the hobbyist and serious enthusiast. It’s going to shoot great photos. More importantly, you’re going to create fantastic pictures with it. And beyond that, I was also impressed at the JPEG quality. As a photographer that has been leaning more towards getting it right in camera, the Canon M6 Mk II gave me a whole lot to work with.

END_OF_DOCUMENT_TOKEN_TO_BE_REPLACED 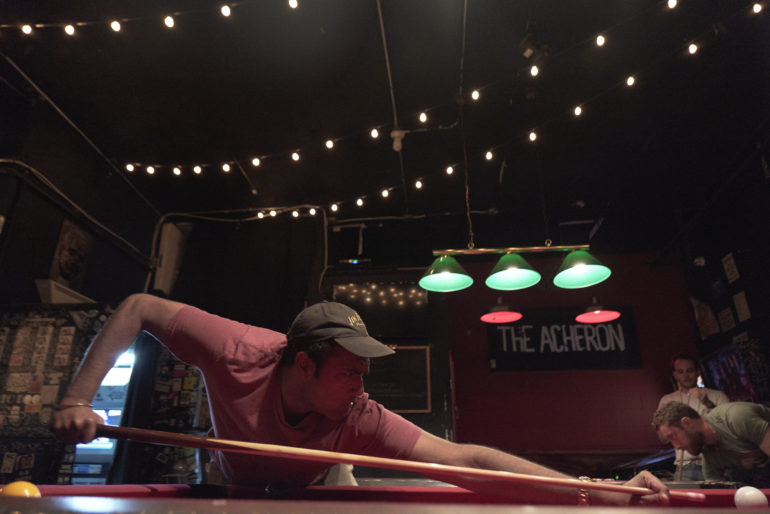 JPEGmini is bringing its fantastic algorithms to Capture One, finally!

When we first reviewed JPEGmini, we were pleased with the results it gave us. I never ended up using it as it couldn’t integrate easily into Capture One Pro. But that’s over now; today there is a release for JPEGmini as a plugin for Capture One accompanying the announcement that it will finally be available for PC too. If you’ve ever seen the show Silicon Valley, think of JPEGmini as Pied Piper for images. It’s an algorithm that heavily compresses images without quality loss. For a publication like ours that regularly uploads 100 images roughly to reviews, JPEGmini is going to be a significant space saver.

END_OF_DOCUMENT_TOKEN_TO_BE_REPLACED

A Dirty Confession: I Enjoy Fujifilm’s JPEGs Sometimes More Than the RAW Files The Fujifilm film simulations look great right out of the camera and there is no need to do major adjustments in post if you shoot carefully.

Despite the fact that so many photographers would rather throw their cameras away than shoot in JPEG, I’ve come to realize that I like the look of the JPEGs of many cameras–Fujifilm in particular, but the output from Canon, Sony, and a number of others is also really stunning. I’m not discouraging the shooting in RAW photo mode; I’m encouraging the shooting in RAW and JPEG mode. This doesn’t go necessarily just for Fujifilm, but I’ll admit that of the major camera manufacturers they have the single most unique JPEG photos. I’m also not even sure that’s up for debate; it’s more a fact.

END_OF_DOCUMENT_TOKEN_TO_BE_REPLACED

Review: Sony a9 (The Camera for Photojournalists and Sports Shooters)

It took Sony long enough, but earlier this year the company announced a true flagship mirrorless camera: the Sony a9. The Sony a9 is designed to take on the likes of the Canon 1DX Mk II and the Nikon D5. It’s a camera designed for a photojournalist who needs not a whole lot of resolution but a balance between that and good high ISO output. To appeal to these photographers, Sony gave the Sony a9 an impressive 20 fps shooting ability with no blackout of the viewfinder. The autofocus is also very effective and can be used with a variety of lenses designed for the Sony E mount. Other connections such as a built-in ethernet port and dual card slots are also bound to be very valuable to these photographers. Indeed, the Sony a9 is a camera for the working pro who brings in gainful employment and taxable income using their camera. With that said, you’d be absolutely stupid to purchase this for street photography unless you’re making some serious money off of it–so just stop right there.

Despite how fantastic it is, Sony still hasn’t gotten it 100% perfectly right. But to be fair, neither have Canon or Nikon.

END_OF_DOCUMENT_TOKEN_TO_BE_REPLACED

Fujifilm Acros is one of the most interesting film simulations available for your Fujifilm X series camera. For a while, the cameras offered a monochrome setting but it’s absolutely nothing like what Acros can deliver. Since it’s become available, a strong argument can be made for the fact that it’s amongst the most popular offerings available. The reason for this has to do with the fact that Acros is overall very versatile and is very dependant on the contrast in the scene and the contrast of the lens that you’re working with. Want deeper blacks? Simply underexpose and the whites will still be there.Here’s how you can get even more out of Acros.

END_OF_DOCUMENT_TOKEN_TO_BE_REPLACED After playing with the Canon EOS M5 at Photo Plus 2016, we’ve finally got it in for review. We’ve taken it out for photowalks and honestly have to say that it’s a pretty good camera. Does it have issues? Sure. But can it produce really nice images? Heck yes!

END_OF_DOCUMENT_TOKEN_TO_BE_REPLACED

The Black and White JPEGs From Modern Cameras Are More Than Good Enough For Most People. There; I Said It. For most photographers out there, we can’t just sit back and accept that we got a JPEG from a camera that can easily and obviously be improved with some editing in RAW. One of the pillars of photography since the earliest days is that you can go into the darkroom and get more from an image than what you shot. JPEG rendering overall has become better and better, and nowhere is that any more true than with black and white photographs.

But then there’s another big factor at play.

END_OF_DOCUMENT_TOKEN_TO_BE_REPLACED Yes, we know–one should always shoot RAW. But there are lots of folks out there who are lazy (be honest) and there are situations where you don’t need to necessarily shoot in RAW. Even if it’s not you, maybe a friend of yours will want something with more power and won’t want to go through the issues with post-production. Unfortunately, not everyone is so judicious about their photography and getting everything perfect.

But then again, there are those who are very much for just getting it right in the camera and not worrying about post-production.

No matter what your needs are, these five cameras shoot incredible JPEGs.

END_OF_DOCUMENT_TOKEN_TO_BE_REPLACED EyeFi has had the Mobi card out for a while, and it works pretty incredibly if you don’t have a camera with WiFi built in already. But now, they’re doing something to distinguish themselves from the camera manufacturers even more.

Typically, if you use a camera, it will only be able to transmit JPEG images. But if you load up the EyeFi Mobi Pro into your camera, you’ll get the ability to transfer over RAW images and JPEGs. Not many devices can read or work with RAW photos; and so for the moment this is best working with Android tablets/phones or Windows 8 tablets where you can then edit immediately with Adobe Lightroom.

But the coolest part is that EyeFi is claiming that you can send the images to multiple desktops at a time. Additionally, you have the option of selective transfer the way you used to have with the older cards before their Mobi initiative came out. The Nikon D5500 clearly shows off the company’s continued evolution of their more entry level offerings–to the point where it pretty much seems to be targeting the mirrorless camera market. It’s small; in fact during our initial meeting with Nikon we found it to be comparable to the full frame mirrorless Sony A7 camera. And while it’s small, Nikon is still trying to do things that don’t sacrifice on build quality, feel, and features.

Yes, these are all very cool features for an entry level DSLR (or a step above it.) But they’re still not our favorite thing about this camera.

END_OF_DOCUMENT_TOKEN_TO_BE_REPLACED Unless you are completely new to photography or you’ve been living under a rock for the past 5 years, it’s safe to say you’ve heard of Canon’s “S” line of cameras. The S90 proved that camera manufactures can make a truly pocketable camera with a large (for a compact) sensor and all of the manual controls that many photographers demand. When the S95 was released, it only brought minor updates to the S90. So, is the S100 another step in the evolution of Canon’s S line or is it more than that?