Yes, we know–one should always shoot RAW. But there are lots of folks out there who are lazy (be honest) and there are situations where you don’t need to necessarily shoot in RAW. Even if it’s not you, maybe a friend of yours will want something with more power and won’t want to go through the issues with post-production. Unfortunately, not everyone is so judicious about their photography and getting everything perfect.

But then again, there are those who are very much for just getting it right in the camera and not worrying about post-production.

No matter what your needs are, these five cameras shoot incredible JPEGs. The Olympus OMD EM5 Mk II is currently our favorite of the OMD lineup of cameras. For years, Olympus cameras have been able to create beautiful JPEGs, but it wasn’t until we were testing the camera in February that we were really blown away by how beautiful, vivid and accurate the Olympus JPEGs were.

If I didn’t run the site, I honestly wouldn’t have had a single problem just shooting with the camera set to JPEG in most situations. Couple this with the way that it handles high ISO noise and you’ll be even more blown away.

For what it’s worth, I prefer the ergonomics of its predecessor better, but this camera’s internals do a better job with nearly everything. We just got the XT10 in for review, and have had it for only a couple of hours so far. But the camera is already shaping up to create beautiful JPEG images. Fujifilm’s colors have always been highly praised in the industry, and the XT10 is no different here. Sure, the XT1 also has a great JPEG engine, but there is no point in buying a flagship camera just to shoot JPEGs.

The secret to Fujifilm’s JPEGs has to do with the color profiles–which are meant to mimic the renderings of Fujifilm’s actual films. If you were an Astia fan, this is the only way that you can get anything close to it.

Instead, check out what the XT10 can do. Once you get a grip on it, you’ll see that it will shoot great JPEGs on top of provide very comfortable ergonomics.

Of any camera on this list, the one that surprised us the most is the Canon G1X Mk II. With a sensor slightly larger than Four Thirds and a fixed lens in front, the secret to why this camera is so great has to do with its colors. Of any Canon camera that we’ve tested, the colors here have to be some of the best that we’ve seen. Vivid, deep, inky colors are what you’ll get from the G1X Mk II as you tote it around with you every day.

Or if you want, switch to black and white and enjoy what it can do for you when shooting street photography with the classic look. 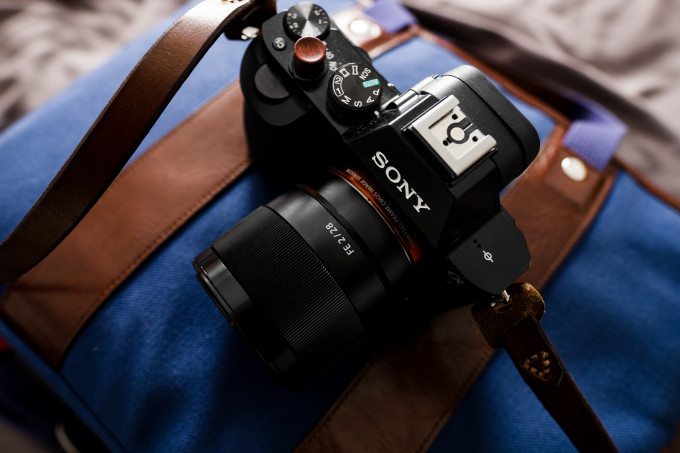 We had to include at least one full frame camera here, and the best choice would be the Sony A7. What’s so great about the Sony A7 is that the camera encourages you to shoot RAW, but if you want to share an image to the web immediately, you can connect it to your phone and it will convert the file to a JPEG.

Those JPEGs look incredible, and we use them very often for our very own Instagram. Indeed, the A7 is our choice when it comes to many things. Samsung’s JPEGs seem to look something like Kodak Ektar, and nowhere is that more evident than with the NX500. When we were testing the camera, we didn’t love the ergonomics as much as the JPEGs. While the ergonomics are okay, you’ll really want to see what the APS-C sensor in the camera is capable of with good quality Samsung lenses in front of it.

If you’re a film shooter that loves the look of chrome film, this camera may be the one for you.