The Fujifilm X-T3 just keeps on getting better and better.

Fujifilm have really set the standard for customer and product support. When the Original X-T1 was released it was an incredibly flawed device, but after listening to the complaints the company pushed update after update to the camera and it become quite the powerhouse. This continued with the X-T2 and all of their other cameras as well. The Fujifilm X-T3 is no different in this regard, and Fujifilm have been incredibly consistent when it comes to pushing updates to their APS-C monster. Today firmware version 3.0.0 has hit and it packs some great autofocus updates.

Fujifilm, like many others, are playing catch up to Sony when it comes to eye autofocus and face detect features. To be fair, Fujifilm has a bit more advanced options with having left or right eye priority. While this update isn’t anything like the recent releases from Sony, it is a step in the right direction. The eye autofocus on the Fujifilm X-T3 was already pretty solid, as was the face detection, but firmware version 3.0.0 will speed up the feature and will make it much more accurate.

A recent post over at Fuji Rumors confirmed that the firmware is available for download right now from the official Fujifilm website. The piece also talks about the features in the firmware update too. The update will improve face detect for people at a distance by 30%, which is a huge improvement. The camera will also be able to track faces better too, even when an obstacle momentarily moves between you and your subject, the X-T3 will be able to carry on like nothing happened.

The new update also brings a new face select feature which allows you to tell the camera what face to focus on by tapping on the touchscreen; handy if you’re in a room full of people and the camera can’t decide what face to lock on to. There have been general improvements made to the autofocus system too which will allow the Fujifilm X-T3 to focus much faster on any objects that are off in the distance with just a double tap on the screen. Speaking of the double tap feature. This is something new in the 3.0.0 update. Fujifilm claims that the new double tap, and new touch features will make the use of the touchscreen more intuitive. You must manually turn these settings on though as they will be disabled by default after the firmware has been installed.

Other new features include a new setting that will only show a focus frame on the eye when eye af is turned on, a faster autofocusing experience when using the EVF and the touchscreen to select focus points, an update to the interval timer that disables the push function of the joystick, an improved flicker reduction mode that will speed up continuous shooting modes, and the image transfer order message does not randomly appear if you have no transfers scheduled. There are also general fixes to the overall stability of the camera as well. 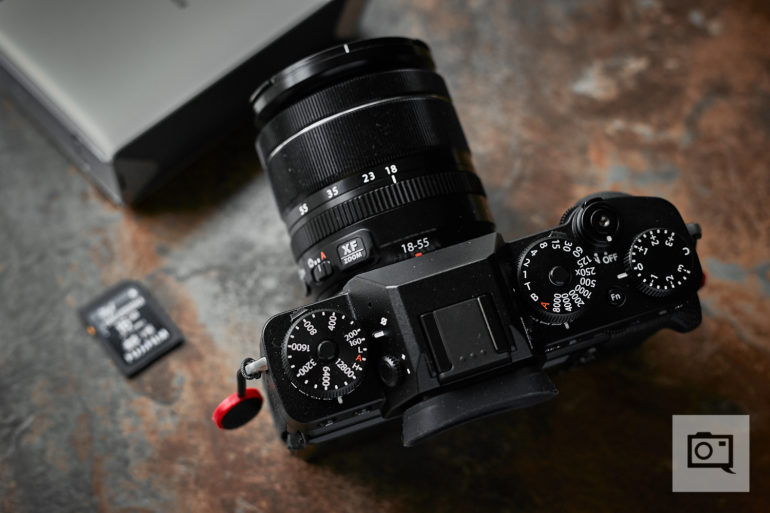 As you can see, this is quite a feature dense update for the Fujifilm X-T3, which actually really doesn’t surprise us. When Fujifilm push out updates they are usually pretty feature rich. If you have an X-T3 you can either download and transfer the update to your phone via the Fujifilm app, or you can head over to the Fujifilm X-T3 download page and can save it to an SD card.