The Basics of Photography: L for Lighting Lighting is something that is incredibly important to photography. In fact, the meaning of photography colloquially means to paint with light. But before you truly start to understand it, you’ll need to familiarize yourself with a bunch of terms first.

The Different Types of Light To start with, there are two primary different types of light that are traditionally used in photography. When light is spoken about in circles it is usually referred to as either natural or artificial ie flash. Natural light is often referred to ambient lighting. And to be more specific about this, ambient lighting is all the light in the scene that is not part of your tampering with the scene through a flash or a constant light.

As a quick intro to artificial lighting, it is usually whatever is produced through means of a constant light that you add to the scene or a flash. This includes your camera’s pop-up flash.

There are lots of photographers who say that they are only natural light photographers. When you hear this, note that a buzzer should go off in your head and tell you that they probably just don’t know how to use a flash.

Then there are photographers who truly make a living off of just using natural light. But these photographers still find a way to tamper with the scene. Natural light can be modified through the use of tents and reflectors.

When photographers refer to natural light, they try to also speak about specific times and terms:

– The Golden Hour: the golden hour is basically sunset and sunrise. This is when the sun bathes the Earth in this very beautiful and warm glow. During the extremes of this time it can sometimes be too warm a light. Wildlife, landscape, and some portrait photographers tend to work around this time. Additionally, Engagement photographers also try to shoot around this session. It can typically be the toughest for them though due to the fact that depending on the season, it can be just as a couple is getting out of work when they’re tired. An example of a photo shot on an overcast day

The Blue Hour: The blue hour usually happens towards the end of the Golden Hour if at sunset or towards the start if at sunrise. This is when the sun isn’t visible yet and can usually be associated with just before dawn or just before dusk. It is the shortest duration of time and shouldn’t even really be called an hour. Sometimes it lasts a mere 15 minutes before it’s gone.

The Softbox Look: to be put simply, the softbox look is an overcast day. Overcast days can be some of the best to shoot in due to the light’s soft nature. More on soft vs hard light later on.

Overcast days usually happen during winter and can provide a very long period of time where you can go shooting. Of course though, winters are always cold.

The reason why it is called the softbox look is because the light is diffused. To diffuse light, you simply put a sheer white material in front of it to soften its effects. In lay man’s terms, think about what you do when you put a dish over a light bulb in your apartment.

Natural lighting can also have a bunch more qualities; but we will cover that in another section. When someone calls themselves a strobist, they’re usually talking about working with a flash or studio strobe/monolight that isn’t based in the camera’s hot shoe. Instead, it is usually placed on a light stand or off in some corner. Artificial light can come from many sources:

– Flash: flash is typically associated with the pop-up flash on your camera or with a flash that can be mounted into the hot shoe of your camera. They are often weak but if it is the correct flash, it can work perfectly with your camera’s metering algorithms to create a more balanced image. Contrary to popular belief, the middle of the day is when you’ll want to use a flash.

– Strobe: strobe usually deals with monolights of some sort. These are traditional studio strobes and are typically much more powerful than a flash at a given aperture. They can also accomplish things that flashes normally can’t unless there is some sort of special setting used such as overpowering the sun’s rays in a scene and having more consistent color that leads to a simpler and more streamlined workflow in the post-production stage, (flashes tend to change colors with battery power).

Here are a couple of techniques that we believe that strobists should master. When talking about artificial light, sometimes the conversation can be much less cluttered than when talking about natural light. 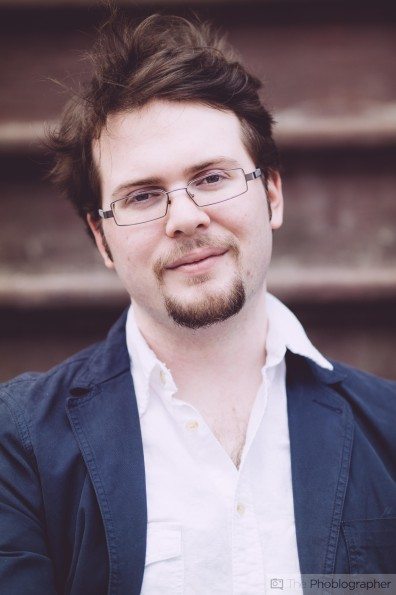 Direct: direct light is usually a term used to talk about light that is, well, directly shining onto a subject. This will include light being diffused in a softbox or the sun hiding behind clouds.

Indirect: indirect lighting has to do with light that is often bounced around. For example, a flash bounced towards a ceiling during a wedding or event, or a strobe in an umbrella create indirect lighting. This lighting type is often weaker and more scattered than the stronger concentrated type (which is what direct lighting is.)

Soft: Soft lighting has to do with the quality of the shadow on the subject. If your subject is totally shadowless, then there is very soft lighting on them. As a general rule, the softer the light the larger the light source is in relation to the object. This also depends on diffusion.

Hard: hard lighting means that there is very dark and dramatic shadows. This is typically caused by direct flash, direct sunlight, and overall direct light unless it is diffused by the clouds or diffusion panels like a reflector or a softbox.

Warm: Warm light, in its simplest definition, is light that appears more orangish in color.

Cool: Cooler light is on the opposite side of the spectrum and appears to be more blue toned in coloration.

That’s enough for now and this is a massive amount of terminology to digest.