Useful Photography Tip #189: A PSA for Those Who Shoot Slide Film Lots of film photographers only shoot their film, develop and scan it, and then mess with the scans in post afterwards. But if you’re shooting slide film, then you’re probably denying yourself a whole lot of justice. Those who shoot Ektachrome, Provia, Velvia etc. should really put their film down on a white box, get a magnification loupe, and look at all the beautiful details that the original piece has to offer. There are even apps on your phone that will act as a white box–and all you need to do is take the positives, put it down on the screen, and look at the images with a magnification loupe that will let you cut out excess light around the image.

This, perhaps more than anything, is the magic of slide and chrome film. These films were designed to be cut up (at times) and put into projectors so that we can easily see all the details. It’s where the idea of “slides” come from when you’re in a business meeting and a Powerpoint presentation is being done. In this case though, you’re really just looking a those photos and probably not using a projector. If you don’t have a lightbox or anything that can help you look at the details closer, hold it up to a neutral light source and simply look at the positives. The experience is often magical and can’t be put into words. We’ve been waiting for the Kodak Ektachrome to come out for a long time, and it’s just the way that we remembered it.

Kodak Ektachrome E100 was announced to be coming back to the market in 2016; and though Kodak took its time getting it back to the market, I’m elated to say it’s finally here! Before it’s latest death, Kodak Ektachrome was deemed by Kodak to be a replacement for Kodachrome. But indeed, it has never looked like that. Instead, Kodak Ektachrome has both a saturated look to it while also remaining pretty low contrast in its appearance and in comparison to the Slide film emulsions offered by Fujifilm. At the moment, it’s also still pretty tough to get your hands on some.

END_OF_DOCUMENT_TOKEN_TO_BE_REPLACED Here’s one of those stories and moments that I’ve said all too many times when it comes to film and film photography; over and over again I was told that Fujifilm Velvia 100 isn’t worth the money or the hassle. But instead, Velvia 50 was where it was at and there was no exception to that rule. In my re-education of film photography, I found many of the things that photographers said over the years to be simply untrue. Kodak Tri-X isn’t the end all and be all of film photography. Velvia 50 isn’t the end all and be all of landscape photography either. But instead, Fujifilm Velvia 100 is a really, really solid film. It’s gorgeous in so many ways but like all film emulsions, it shines the larger you go.

END_OF_DOCUMENT_TOKEN_TO_BE_REPLACED Fujifilm Velvia 50 is a gorgeous film when printed; but make sure you’re careful about the scans!

Perhaps one of the most magical films out there is Fujifilm Velvia 50. It’s one of the last slide films available for purchase and is a favorite of landscape photographers everywhere, not only due to its beautiful, vivid colors, but its low ISO which allows for incredibly detailed images. Fujifilm Velvia 50, like many other films, is better at medium and large formats; but arguably the most popular option is the 35mm film. Why? Well, it’s the format most amateur and hobbyist photographers know. Talk to them about medium format and they’re not sure what to think or do. Either way, Fujifilm Velvia 50 still looks great at the smaller formats.

END_OF_DOCUMENT_TOKEN_TO_BE_REPLACED 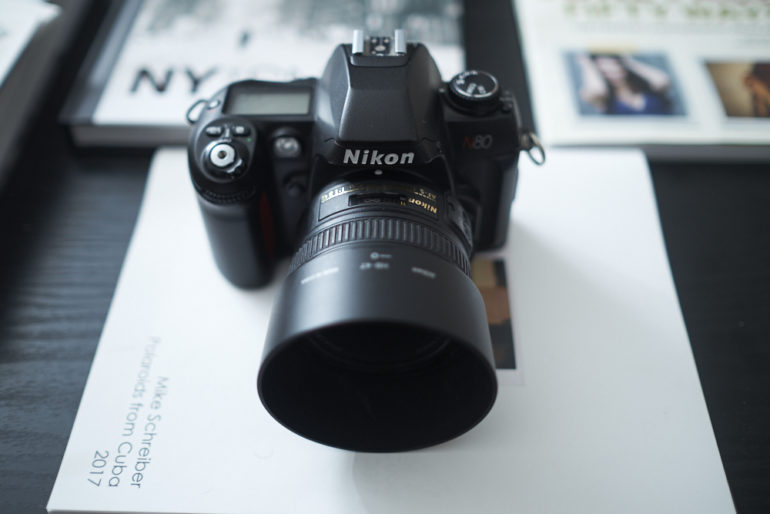 For a really long time, the Nikon F100 was the best buy if you were looking for a Nikon film SLR at a good price that was compatible with most modern lenses. But then people discovered it, and like everything that gets discovered, the price got ruined. The Nikon FM2? Yeah, they’re really expensive now. It’s no secret second hand film cameras are on the up and up when it comes to prices and sales. Not only that, but they’re pretty. Well, most of them are. In the case of the Nikon N80, we’ve got the camera designed to be more consumer oriented and a step down below the famous Nikon F100. But for everything a professional photographer could want or need, it’s highly capable. And unlike digital cameras, all you need is some sharp film, good glass, and a lot of light.

END_OF_DOCUMENT_TOKEN_TO_BE_REPLACED

Wondering Where Kodak Ektachrome is? Here’s an Update (Sort of)

Earlier this year, Kodak announced that Kodak Ektachrome would be coming back to market. Initially they slated it to holiday season 2017; and for the most part they’re not off from that. The marketing and review samples are due to go out next month apparently. Kodak announced earlier this year that full production runs are going to be going out to the masses in Q1 of 2018. So are they still on track?

END_OF_DOCUMENT_TOKEN_TO_BE_REPLACED

Beginner’s Tips: Getting the Most out of Golden Hour Landscape Photography 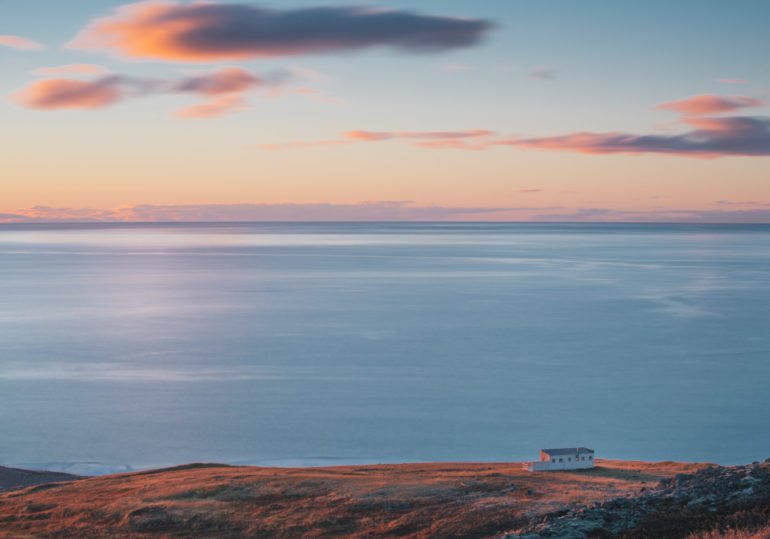 When you’re shooting during the Golden Hour, you’ll probably see that one of the more challenging things to do is golden hour landscape photography. But, it isn’t that difficult if you just understand how light works. Modern DSLRs and mirrorless cameras are highly capable, and with a bit of know-how you can get an image that will look fantastic straight out of camera. While it’s true that most of the magic in landscape photography happens during the processing stage, here’s what you can do to get the most of the situation and process your photos less.

END_OF_DOCUMENT_TOKEN_TO_BE_REPLACED 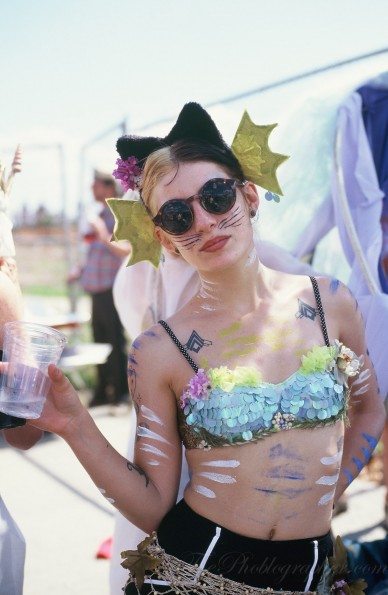 It’s a sad thing that chrome film isn’t really available in the same way it used to be. Of course, this is because it’s tougher to work with vs negative film. But if you take the time to really work with it, you’ll be rewarded with images that have a unique character and look to them. Many professional photographers work with it and always did to get images and looks you can’t replicate. So if you feel brave enough and want to take the dive, check out these available slide films.

END_OF_DOCUMENT_TOKEN_TO_BE_REPLACED All images by Bimal Ramdoyal. Used with permission.

“I bought my first film camera and things took a different turn then.” says Bimal Ramdoyal; one of the photographers who embraces the analogue world of picture taking. “I fell in love with film.” Bimal started out with his Canon EOS- T1i and still shoots digital for his ‘safe’ shots, but the work he is known for is his film work. Amongst this body of images, we’ve fallen for Bimal’s images of Iceland shot on Velvia–which is as stunning as anything digital can produce.

We asked Bimal some questions about how he got into photography, what draws him to film, why he chooses velvia and of-course – which gear he is using to produce these incredible images.

For any of you interested in film in the slightest, this is a must read.

END_OF_DOCUMENT_TOKEN_TO_BE_REPLACED When it comes to creating film emulsions in digital photography, there are loads of options out there. Many embrace a very Instagram-like ideal (VSCO) while others take a scientific approach (DxOMark.) Totally Rad!’s Replichrome II is another scientific option. This is a new batch of film renderings from their first Replichrome preset pack, and includes some of the world’s most loved film’s like EG100 and Velvia.

And when you really think about the way that the company approached the product, it only makes a lot more sense.

END_OF_DOCUMENT_TOKEN_TO_BE_REPLACED

UPDATE: Foto Care contacted us and stated that it was bought through them. The buyer paid over $161,000 for all the film.

So let’s figure this out mathematically: Unique Photo lists the now gone film at $219.95–so for arguments sake we’ll round it up to $220. One pack gives you 20 sheets. 12,000 divided by 20 gives you 600. 600 x $220 = $132,000. Brandon doesn’t state where he bought the film from, but perhaps he might have found a way to get it cheaper. The name of the photographer also isn’t mentioned. One thing is for sure: he can either totally figure out a way to make a profit from this, or he really loves that film.

I hope he’s got a big freezer.

Five Films That We Never Want to Say Goodbye To

In recent years, the film industry has been suffering greatly and many manufacturers have been cutting down their stocks and supplies. But many of us still love the look, feel, and rendering that film can give us. It’s also a wonderful learning tool for the photographer just getting into the art.

We’ve tearfully parted ways with many famous and wonderful films: Kodachrome, Astia, Ektachrome, and loads more. But there are some staples that we absolutely never want to part ways with. Here are just five of those films that still tug at our hearts.

END_OF_DOCUMENT_TOKEN_TO_BE_REPLACED After just getting a feel for the camera in Day 1 and comparing the image quality with the EP-2, I’ve taken the Fujifilm X100 to work. Today, it spent the entire day by my side through a variety of situations: while on the streets, portraits, tracking moving cars, and shooting flowers. And I’m sad to say that I’m not totally pleased.