A lot can be said for Canon’s EOS-M5, which is now just over a year old. The camera in many ways is the APS-C mirrorless camera that Canon should have made in the first place, despite its price tag. However, for all the progress Canon has been making with their EOS-M system in terms of cameras, the company still seemingly refuses to see that their mirrorless lens strategy has hurt it more than their camera tech has.
Nothing makes this more apparent than these recently discovered patent applications for what appear to be new midrange 15-45mm zoom lenses…

With 10 days left and a little less than halfway of its funding to go, the new Ihagee has a couple more tricks up their sleeve to entice film photographers into backing their new Elbaflex 35mm analog camera on Kickstarter. Now, backers have the option to choose between two models and two lens mounts.

So, as we recently did with most of the camera systems that we cover regularly, we are going to continue putting together these series of ultimate guides based on the various tutorials and lists, and guides that we produced on various topics throughout the last year. Kicking off our non-camera brand specific ultimate guides is our ultimate 2017 guide for portrait photographers.

It’s black Friday, or will be shortly depending on your location, and as such there are a literal plethora of photography deals available to you around the web. We are here today with this post to help you try and make some sense of all of it and find the best deals for you and your needs. Below we will highlight some of the biggest deals we have come across today, but make sure and check out the full post for our complete Black Friday deal listing!

The Fujifilm Instax SP-3 printer is something that many have been looking forward to for a really long time.

If you’ve been manually editing colored borders to your photos before uploading them to Instagram (or anywhere else), here’s something up your alley. VSCO has just introduced their new Borders tool, which you can exclusively access if you’ve signed up for VSCO X membership.

Great news for everyone in the film photography world, CineStill bwXX is back in stock. This film is the company’s only black and white film emulsion and unfortunately is not as popular as the company’s 800T or 50D film emulsions partially because, well, it’s fairly rare. You see, CineStill bwXX has been out of stock for a really long time, I want to say over a year. Every time that you go to their website and look for the film, you see that it isn’t available. But in a recent Instagram story, Cinestill announced that the film has returned. And even better, it’s current being sold at $2 off!

Well, the time has come for us to start doing our end of the year posts and one way we are planning to do that is with these ‘ultimate guide’ posts. On the docket for today is the Micro Four Thirds system, powered by Olympus and Panasonic, which continued to offer incredible performance in small packages during 2017. 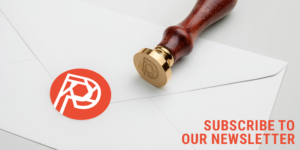 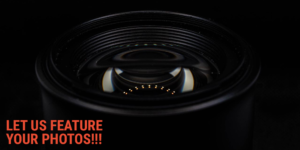