The X Pro 3 is a camera we have been eagerly anticipating as the rest of the industry has kept putting out cameras, lenses, etc. It honestly felt a bit like Fujifilm was quiet on the higher end of the X series in 2019. Understandably, this caused some anxiety among some Fujifilm users. I have a specific camera bag packed fill with Fujifilm gear that I use and was becoming antsy wondering how Fujifilm was going to innovate. What they announced came entirely out of the left field for me. But it also opened up even more questions, such as what the next X100 camera may be like.

Editor’s Note: Fuji rumors and Photo rumors are our sources on this.

Same Sensor as the Fujifilm X-T3 First off, the Fujifilm X Pro 3 will have the same sensor as the X-T3. This is an excellent thing: this is the first APS-C sensor that has rendered images to look like film since the X-T1. This is a problem that I’ve heard about with the X Trans sensor–that the higher the resolution gets, the more difficult it is to justify the X Trans sensor. But at the current level, it’s still creating images that look sort of like film. Photographers who genuinely care about this will be elated. Quite honestly, it’s one of the reasons to buy Fujifilm. Fujifilm’s sensor tactic over the years has been the same as Olympus’, Canon’s, and Nikon’s. That tactic involves recycling sensors. The sensors in their higher-end cameras end up in the lower-end options. What’s not being talked about though? Fujifilm is saying that this sensor has an increased color space, even over the X-T3!

If this is all to be believed, then we’re most likely going to get the same sensor in the X100 series camera. It’s been a long time since we saw a new X100. Fujifilm is probably working dilligently to ensure that they get it right. In combination with the sensor, the company is also most likely revamping the lens. The 35mm (equivalent) f2 pancake lens has started to show its age. Hopefully, we’ll get weather sealing with that lens in front of the new sensor.

The Fujifilm X Pro 3 will have a Titanium body. This was chosen in place of magnesium or aluminum due to durability. It’s not the first camera to do so, but it’s the first camera meant for mainstream consumption to do so. Now think about that, who else makes titanium cameras? If you thought Leica, then you’re right. Specific Leica cameras are made in a titanium edition. This metal is not only incredibly durable but also lightweight. And now, Fujifilm is creating their Fujifilm X Pro 3 camera with it. That’s insane! It immediately makes the build quality of the Fujifilm X Pro 3 leaps better than most other products out there. But what could result is a difficulty with connectivity to a phone/tablet and it could end up being sort of heavy. Now, just think about an X100 camera with titanium. That would be even crazier. It probably wouldn’t happen, but if it did then this could be a perfect camera for photojournalists looking for a compact camera. Sony hasn’t replaced their RX1 Mk II yet. And the only other excellent point and shoot on the market is the X100F. Let’s hope that the new Fujifilm X100 has titanium too! There is the standard black body but also DURA Black and DURA Silver. DURA stands for a more durable finish that they’re likening to sapphire. The Fujifilm X Pro 3 has a design that takes measures to make shooting as distraction-free as possible. While you can still chimp the images in the viewfinder and have exposure control simulation, the Fujifilm X Pro 3 is making efforts to keep you shooting. The main LCD screen is small and it displays info similar to what you’d see when you rip off a piece of a film box and put it in the rear of a medium format camera. You can see this in the photo of the Fujifilm GW690 III above.

If you want to see the LCD screen differently, then you can flip it downward. That’s good enough. Indeed, this is a camera designed for seasoned veteran photographers and not the type who started only a few years ago when it became cool. I adore this idea. With this said, the X100 series of cameras are designed to do the same thing–distraction-free shooting. So hopefully, this camera series will get a similar treatment. However, I have a feeling that won’t be the case. Folks who buy point and shoots are one of two categories: pros looking for something small, or hobbyists. They’ll probably cater more to hobbyists.

With wider eye relief in the Fujifilm X Pro 3’s EVF and OVF, photographers will have something not possible with other systems. No other camera system does this except for the X Pro and X100 series of cameras. In every iteration of the X100 series, the EVF and OVF have improved in some way or another. With the Fujifilm X Pro 3’s improvements, we’re pretty positive that X100 users will be able to receive the same benefits.

The Color Rendition of Superia Fujifilm is calling their newest film simulation as “Classic Negative.” However, in the presentation, they showed it to be akin to Superia. For years Superia was used by photojournalists along with ordinary folks. We’ve reviewed Superia before, and if these film scans are anything like what the new Classic Negative will be like, then we’re excited. The Fujifilm X Pro 3 will be the first camera to have this new simulation. It joins High Contrast Negative and Standard Contrast Negative as the third negative option. Now, what I don’t understand is why Fujifilm doesn’t try to get similar results to their PRO400H film when exposed at ISO 75. It’s a pastel look that is valued and copied in many presets.

On second thought, I totally get it. But now that Natura 1600 is gone, we wonder why we can’t get that instead! Maybe the X100 camera will get it! 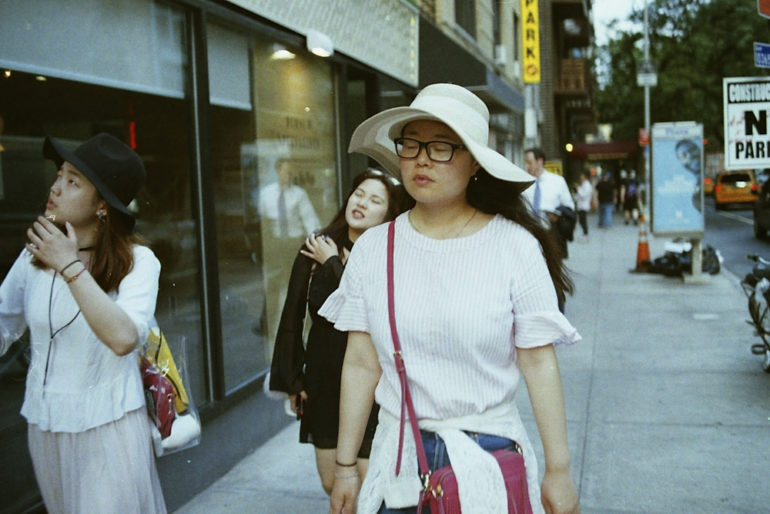