The Five Cameras Every Sports Photographer Should Consider The nights are drawing in, temperatures are starting to fall, and soon the smell of pumpkin spice will fill the air. This can mean only two things: Fall is coming, and Friday night lights of football stadiums will be fired up. The Canon EOS 7D Mk II has been around since 2014, but just because it has a few years on it now doesn’t make it any less of a sports photography workhorse . The 7D2 has every feature that you would expect to find in a camera that was designed to be used for sports and wildlife photography. The APS-C based sensor packs 20.9 Megapixels, 65 autofocus points, a 10 frame per second burst mode, Digic 6 image processor, and the famed Dual-Pixel Autofocus system. The weather sealing on the 7D Mk II is also legendary. You can be out in the harshest of elements with this camera and it will just keep on going.

“The Canon 7D Mk II has the battery life to get you through a super long shooting period, the shooting capabilities to photograph that amazing catch at the football game, the focusing system to shoot at the very low light parties that you haunt at night, and the image quality to make both you and your clients happy.”

The fact that this is a APS-C based DSLR also helps. The 7D II has a crop factor of x1.6 which will help you get even closer to the action. Once you factor in amazing battery life, good high ISO performance, dual memory card slots, and the ability to use some of the best lenses in the photography world, the Canon EOS 7D Mkii becomes an obvious choice to follow you to the sidelines. Pro Tip: If you camera is not weather sealed use a good rain cover to protect your gear.

Where the 7D MkII is the tank for outside work on the Canon side of things, the D500 is the beast that has been built for the job by Nikon. The D500 is arguably the most versatile camera in the entire Nikon line-up. Boasting a 20.9 Megapixel sensor, a 10 frame per second burst mode to help capture the game wining catch, tilting touch screen, a magnesium alloy body, a 153 point autofocus system, and the ability to shoot 4k video. There are no two ways about it. This enthusiast level camera has top of the line, pro grade specs.

“The Nikon D500 is a camera that packs a punch–enough of one to fulfill the needs of both pros and high end enthusiasts. With a beefy build quality, fantastic autofocus, highly revamped ergonomics and a touchscreen on the back, there’s a whole lot that can be accomplished with this camera.”

It really doesn’t matter what kind of sports you shoot, the D500 will be more than capable of capturing the all important winning touchdown, or the photo finish across the line. The Nikon D500 has built in Wi-Fi so you can easily transfer images off of your camera, a ISO range of 100-52100 so you can shoot in low light, and the dual cards slots mean you can shoot in confidence. The D500 is a heavy hitter, and can deliver a sucker punch. 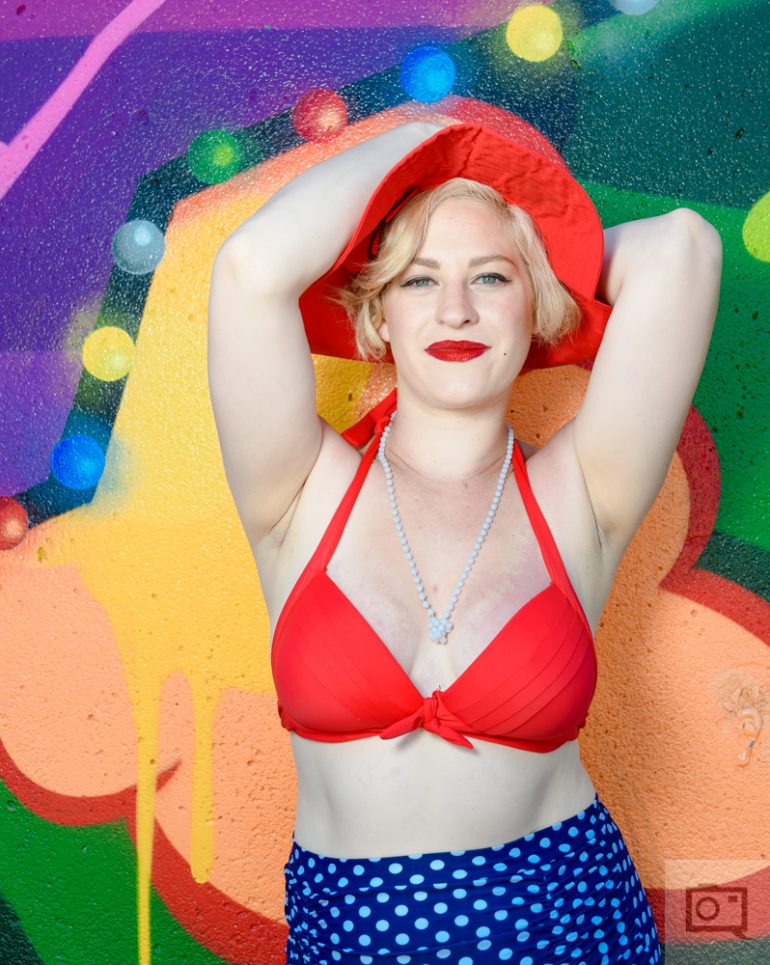 Pro Tip:  Memory cards can fail, so make sure you have multiple SD Cards. The Canon 5D Mk IV is the latest in the 5D lineup, and while it is not a camera that has been designed specifically for sports photography, it’s not one that should be overlooked. The 5D4 is a Full Frame workhorse that is versatile and very well built. The Canon 5D4 has a 30.4 Megapixel sensor, and can shoot at 7 frames per second. The 61 autofocus points when coupled with the Dual-Pixel autofocus system, and the Digic 6+ image processor means that you will be able to to enjoy fast focusing as well.

“I’m amazed at how clean the files from the Canon 5D Mk IV are. Granted, I really shouldn’t be. They’re surely cleaner than most of what Nikon can deliver though it’s debatable if it can outperform the 24MP sensor that some of those cameras use. Of any full frame camera out there though, the 5D Mk IV probably does the best job sans the Sony a7s II.”

The area where the Canon 5d Mk IV really shines is its high ISO performance. Even under bright stadium lights high ISO is needed, so being able to rely on your camera for noise free images is vital. While this camera may not boast about being the best at any one thing, it will perform in any situation you put it in. The 5D4 is the player on the team who will shy away from the limelight, but just comes to work to do his. It’s reliable and hardworking, and will never complain. The 5D4 as you would expect is weather sealed, has built in Wi-Fi, Bluetooth, GPS, a touchscreen, and dual memory card slots. Combine all of this with a fast autofocus system and you have a camera that will not look out of place ringside, or along the touchlines. The A7r II is a Full Frame Mirrorless camera that is bursting at the seems with features and technology. At the heart of the camera you will find a 42 Megapixel sensor, the BIONZ X image processor, and a autofocus system that is faster than the Flash. The A7r MkII has 399 Phase-Detect autofocus points, and a burst mode that can shoot a 5 frames per second. Don’t let the 5 frames per second fool you though. While the A7r Mk II may be slower than the other cameras, the autofocus, and tracking system on this camera will let you nail the shot almost every single time.

“The Sony A7r Mk II deserves absolutely nothing else but the site’s Editor’s Choice rating. It amazed in the high ISO results and even though we expected more with RAW file versatility, it still is rather impressive. When it comes to image quality, it puts the Canon 5Ds to shame. Beyond this, there is the spot on AF system, WiFi/NFC, 4K video, 5 fps, and a great overall experience when it comes to shooting. And again–it puts a DSLR to shame as well as other focusing systems.”

The Sony A7r Mk II is weather sealed, so you can take it out and not worry about inclement weather. The 5-Axis IBIS (In Body Image Stabilization) is a game changer, and will help you get more keepers overall. Add in features such as 4k video, a tilt touch screen, and amazing high ISO performance and you have a contender for MVP. Pro Tip: Make sure you are prepared for long shoots by carrying extra batteries.

The A7 III is Sony’s entry-level Full Frame camera, but it packs more tech than most pro grade DSLR’s. The Sony A7 III has a 24 Megapixel Full Frame sensor, 693 autofocus points, a 10 frame per second burst mode, 5-Axis in body stabilization, and the BIONZ X Image processor with front end LSI.

“During my testing with the Sony A7 III, I found the autofocus to be positively fantastic. The Sony A7 III, along with the Sony 55mm f1.8, were able to focus in near darkness. This is great for photographers who want to capture moments with no autofocus assist lamp coming on because the Sony A7 III did just that. While this image looks very bright, it’s because it was edited to be that way. But friends of mine and I couldn’t see in the dark venue we were at. Sony should be praised for such a great job!”

There is no doubt that the A7 III is a very capable camera. Thanks to its high burst rate, amazing autofocus, and great low light performance, the A7 III is a great camera to start out with in the world of sports photography. Throw in the 4K recording modes, dual card slots, a weather sealed design, and great battery life, you have yourself a starter on the team. Are you a sports photographer? What camera did you start with? What cameras would you recommend? Let us know in the comment section below.