Lomography released an extremely exciting and interesting photographic film not along ago: X Pro Sunset Strip 35mm. When it was first announced, we thought it was a bit of an odd duck. From the image samples we had seen, it looks like the film had been designed to be cross processed. Indeed, when I went to go get it developed I learned that it indeed was. When one processes the film with normal C41 methods, it looks extremely cross processed. But when E6 is done, it looks very normal. In fact, the results are really beautiful providing you’re using a camera with a light meter and full manual control.

For this review, we used the Yashica Electro 35 GSN rangefinder and Lomography’s Sunset Strip film. Want to use this film properly? We highly recommend you check out our guide to affordable rangefinders. Taken from the original announcement we did:

“Coined, “X Color Pro Sunset Strip” this is an ISO 100 film that has already had a splash of color added to the center area, but not around the Sprocket Holes (for those of you who heart your Sprocket Rocket.) They’re calling this, “pre-colored film” which is supposed to make the blues, reds and greens more intense. But from the sample images I’ve seen so far, it looks like the perfect marriage between red scale and chrome film. The results already look cross-processed; which the company is famous for.” As stated before, when processed normally this film creates a very originally cross processed look. But when you process it E6, it comes out looking beautiful. We posted about this before and were awstruck with what came out. Lomography’s Sunset Strip film is one that captures an extremely classic look to it when you meter correctly, but this is true of almost any slide film out there.

Most slide film is known to be very saturated and have some really deep colors. However, Sunset Strip is the total opposite. The colors aren’t heavily saturated at all and they are all muted. However, the muted look works for it perfectly. It’s not something that I can quite pin down except for saying that the photos look curiously vintage. If that was Lomography’s partial initiative with this film, then I have to say that they created something absolutely brilliant.

A part of me wants to believe that this looks like much older Kodachrome 25, but I dare not say that.

Lomography often only shows images from this film that were intentionally cross processed, and I believe that that is part of their marketing. But for the rest of us that don’t necessarily want that look, we can take joy in the fact that the colors are muted, the contrast is not extremely strong, and there is still so much vividness to the images that are delivered by the film. Heck, this is a film that I would use for a vintage lifestyle advertising campaign if one was ever awarded to me and I also see it being wonderful for the crop of fashion blogs that love to shoot street style. Of course, many of those photographers only shoot digital and so they may unfortunately never know or understand the true beauty that Sunset Strip can really deliver.

Lomography stated that the center of the film is color tinted, but I didn’t really see that at all. What I did see though was evenness and overall warmth to the images.

This film, if used at a wedding, would deliver instant flair to any photo shot with it. I never was able to test it with flash but I can imagine that it would render quite interestingly as flash is balanced to daylight and by nature is very cool in temperature. When used against the warmth of this film, the two are bound to work together flawlessly.

Here are some image samples shot with this film 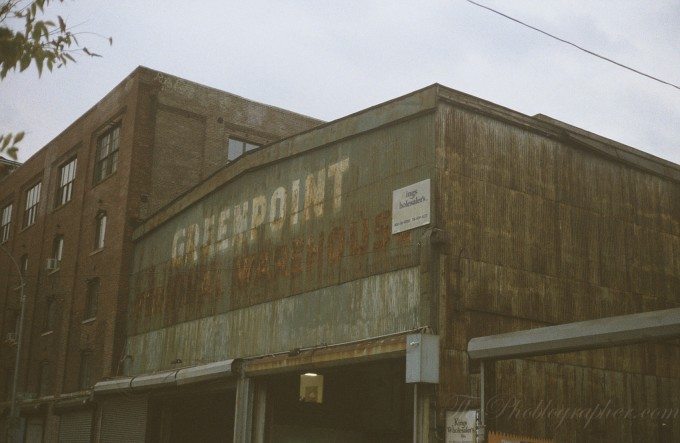 Lomography needs to be praised for doing something that no one else has done: bringing out new films while trying to keep the art form alive. Not only that, but they’ve also created something that renders unlike anything else out there. This film is absolutely beautiful to shoot with, but we only recommend it for those with lots of experience and full knowledge of metering for the best results.