A Complete Guide to Buying Fujifilm Cameras in 2022 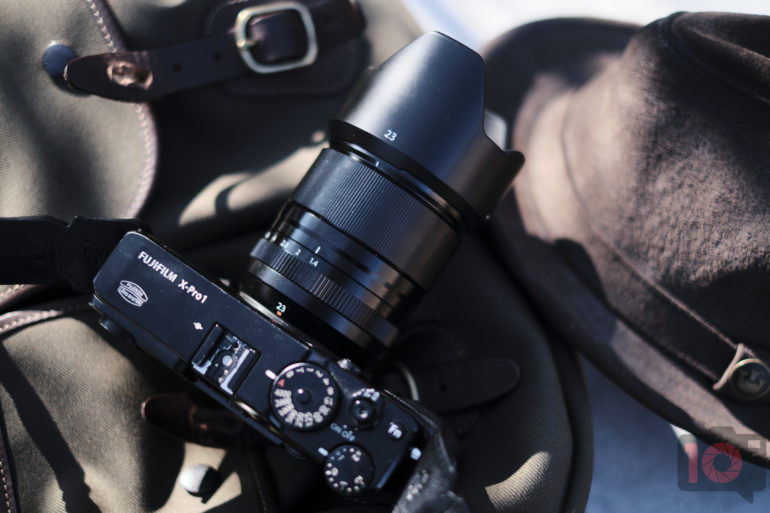 Fujifilm cameras are pretty incredible. When the X series hit the market a bit over a decade ago, everyone immediately fell in love. And as time as passed, the systems have aged like fine wine. We’ve reviewed pretty much every Fujifilm camera on the market. And so we’re diving into the cameras you’ll want and providing a bit of an intro to the system.

Who Buys and Uses Fujifilm Cameras?

Over the years, The Phoblographer has interviewed tons of photographers. In a sponsored series that we did with Fujifilm called Visual Momentum, we talked to photographers using Fujifilm cameras that focused on doing good in the world. But beyond that, we’ve talked to a bunch of others.

In 2020, a Fujifilm camera helped a photographer win the World Press Photo awards.

The Fujifilm GFX series is a whole other side of things though. And in the past two years, staff at The Phoblographer has mostly moved over to Fujifilm for our personal camera choices.

Be sure to check out our roundup of photographers who shoot on the Fujifilm GFX and other Fujifilm cameras and love them.

What Makes Fujifilm Cameras So Appealing?

For most of the history of the GF and X series of cameras, Fujifilm has been known to be appealing to those who like retro ergonomics. When they first launched, they were basically seen as more affordable Leica camera. But Fujifilm leaned pretty heavily into their history too! They made film, and so film simulations are present in all their cameras. Basically, if you like retro cameras, it’s very hard to beat Fujifilm and all they do. That statement mostly applies to the X series, which are Fujifilm’s APS-C cameras. It also considers solid build quality and a lot of other things. Then there’s also the Fujifilm GFX series.

What makes the Fujifilm GFX series so incredibly appealing is the medium format sensor that comes at a far more affordable price than what was available previously. When we say medium format, we don’t mean 645 format; it’s just larger than full-frame 35mm sensors. Indeed, the Fujifilm GFX series dominates medium format and has basically made every other brand in the category useless. You get beautiful image quality with Fujifilm film simulations, and gorgeous lenses. What’s more, there’s also a fair amount of technology built into those cameras. The autofocus isn’t as great as modern full-frame cameras, but they’re great for slower work like documentary, landscapes, adventure photography, and portraiture.

Then consider the lens selection. For years, Fujifilm only ever had official support from Zeiss. But that’s changed in recent years. Tamron and Sigma now give Fujifilm official support. Then there are other brands that create their own autofocus for the system like Vilitrox and Tokina. Either way, there are loads of lenses for the Fujifilm camera system, but you’ll probably want to stick with just primes.

Combine this with the fact that they’re finally adding in AI scene recognition, and you get an award winning system.

Here are a few of our personal recommendations as of June 2022.

“We’re going to drop a few major truth bombs here when it comes to the ease of use. If you’re an experienced photographer, then you’re going to love this camera. If you don’t need to chimp every photo you take, then you’re going to adore it. If you don’t use the LCD screen often or even at all, the Fujifilm X Pro 3 is the camera for you. If you’re the newer type of photographer I see on photowalks that needs your screen, then you’re going to gawk at this camera. The screen is only a mild difficulty when it comes to working with portrait subjects, but it’s not too awful. For event shooting and when shooting on the streets, the hidden LCD screen is a godsend. It will keep you focused and in the zone. (That’s where you should be anyway.)”

“The Fujifilm X-T4 shares a lot of similarities with previous entries in the X-T line of cameras. Photographers with experience shooting earlier models will feel right at home when picking up the XT4. The addition of in-camera image stabilization, an articulating touchscreen, and a larger battery makes the X-T4 significantly more versatile than the outgoing models as well.”

Admittedly, we haven’t reviewed the Fujifilm XH2s yet. But it brings a fair amount of innovations like subject detection, image stabilization better than anything else out there, and a few other things. Granted, we don’t think that it will necessarily appeal to Fuji fans as much as other cameras.

“The Fujifilm GFX100S is a fantastic camera loaded with features, including a 102 Megapixel sensor. With a new IBIS system, this Medium Format camera is just as comfortable on the streets as it is in a studio. Images are gorgeous, the ergonomics are great, and build quality is much improved over older models. It’s well priced at $5,999 and will appeal to many photographers.”

“The Fujifilm GFX50s II offers beautiful image quality. The film simulations and in-camera skin smoothing transfer to the RAW file, significantly reducing editing time. The dynamic range ability makes it difficult to capture an unusable frame. Autofocus isn’t always the fastest, although it rarely misses once it’s achieved. Its price is sure to entice anyone looking to get their feet wet with medium format.”