The Lens I Regret Purchasing: One Lens Made Me Hate Sony E Mount 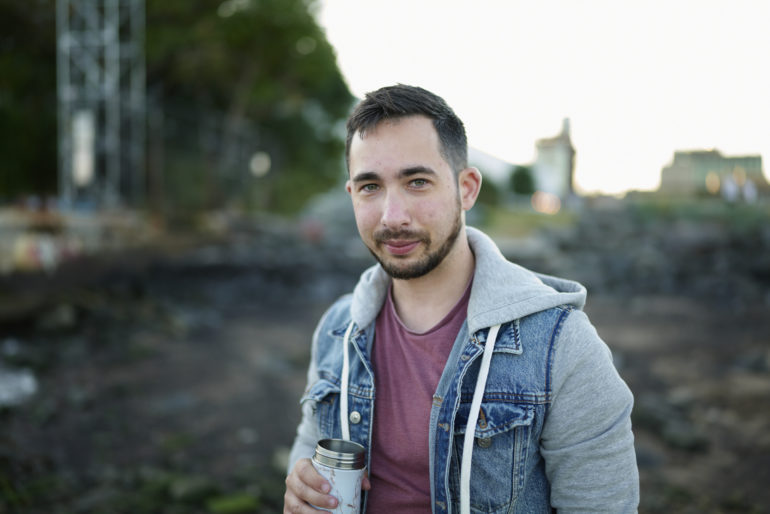 Though I’ll praise its innovations, I ultimately ended up regretting the purchase of the Sigma 35mm f1.2 Art DG DN.

What good is purchasing a lens you’re never going to use? Is it worth it to have a lens in your camera bag or on your shelf collecting dust? Don’t get me wrong–if you’re a collector, then that’s a different story. But if you intend to use a lens for work, then there’s no point in holding onto something unnecessarily. And that’s how I feel about the Sigma 35mm f1.2 Art DG DN. I messed up. Tempted by the innovation and a tremendous editorial discount from Sigma, I decided to pull the trigger and get the lens for Sony E Mount. Sure, it delivers beautiful images, and there’s something to be said for a fast 35mm lens. On paper, this is a lens that I’m sure you and I both would be smitten for. But in reality, that’s not the case.

All of the Fantastic Things About the Sigma 35mm f1.2 Art DG DN

This isn’t a call to anyone to go sell their lenses. The Sigma 35mm f1.2 Art DG DN is a class-leading lens in many ways. It’s got weather sealing, it’s built well, has that beautiful aperture ring, and it’s got an f1.2 aperture. The latter is a huge selling point. It also delivers incredibly sharp photos. When I tested the lens, I purposed called it in in L mount. While most reviewers will try to call it in in Sony E mount, I called the L mount version in for a few reasons. First, I had that Panasonic S1R on me for a long term loan. Second, The Phoblographer has the single most extensive database of real-world lens reviews of any website. Third, it would mean that we could get to work quickly. Knowing fully well that most would call it in in E mount, our L mount version arrived the next day. Last, we’re trying to build up a catalog of L mount lenses that we’ve reviewed.

There’s a massive difference between the Sony E Mount and Leica L mount. Pretty much every manufacturer out there touted how large the lens mounts were. They conveyed that it helps with image quality overall. But the Sony E Mount is pretty small and caters to smaller lenses. The overall system is quite small. Like the Sigma FP, when you put the gargantuan Sigma 35mm f1.2 Art DG DN on a Sony a7 style camera, it’s really unbalanced. Sure, the image quality is terrific. But sling it around you, and you’ll feel just how mammoth the entire package is.

Was that the point of mirrorless? I thought mirrorless camera ideals were based around smaller and lighter–not the size of one of Godzilla’s rivals. And in that way, I feel Sony has been holding true to their ideals. They’ve always been about smaller this and that. Their cameras are incredibly petite and so are their lenses for what they are. Tamron has been holding true to this too. But Sigma hasn’t. I’ve suspected for months that that’s because their products are made for L mount first and then tweaked to cater to both E and L mounts.

With a lens this big slung around you, it becomes tiring and annoying. The entire package becomes something you never want to shoot with. And that ultimately caused me to wrongfully fall out of love with the Sony E mount system. Admittedly, that was stupid and wrong of me. I own a bunch of lenses, but I stuck to the Sigma 35mm f1.2 Art DG DN because of its clear innovations. Then I decided to attach the 55mm f1.8 Zeiss on there that I’ve always loved. And the difference was huge. It’s small, light, fast, and still renders beautiful images. I did this with the 85mm f1.8 and the 35mm f2.8. Again, the same experience. And like I’ve said before, the Sony E mount is best with the small primes, not the bigger lenses.

You may be wondering why I didn’t just switch lenses out to begin with? Partially because I’m always so entrenched with many camera systems as a mandatory part of my job. In my office, I’ve got Leica, Canon, Nikon, Panasonic, Sigma, Olympus, Sony, and Fujifilm photography products right now. So I’m always switching between them. As of June 20th, when I’m writing this post, I’m considering making a switch to the 35mm f1.8 from Sony. That’s a lens I really, really liked. It was small, sharp, and highly capable.

The lesson: even though something may be incredibly innovative, it might not be for you. I’m learning that more and more with specific Leica cameras and bodies. They’ve got so many great f1.4 Summilux lenses, but I mostly see Summicron f2 lenses on bodies. Why? Because they’re smaller and often better. A lens needs to pair well with a camera, otherwise, there’s no point.