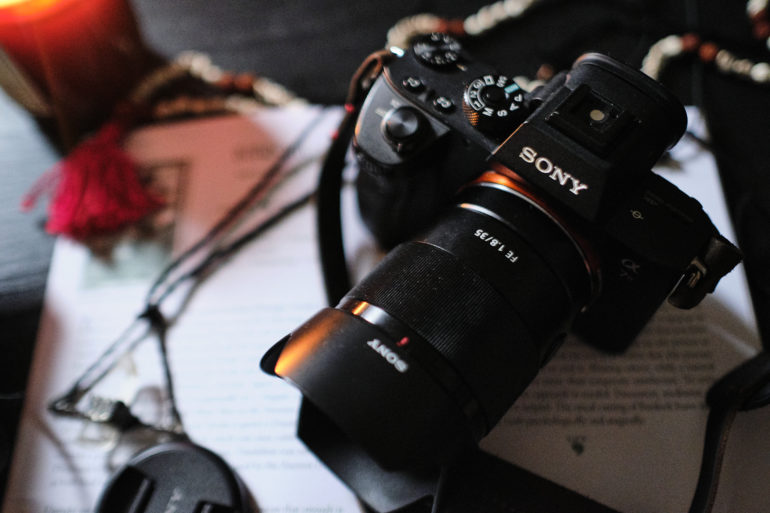 If you want an honest and heartfelt answer to what my favorite lenses are, please know these are my favorite Sony prime lenses.

I’ll always say Sony’s cameras feel more like computers stuffed into a body that’s supposed to be a camera. While I’m not the biggest fan of their bodies, I’ll admit I adore their lenses. The company shows they have an investment in the photography world in many ways. Not only do they make the imaging sensors for pretty much everyone, but they also create some great technology themselves. Implementing AI into their cameras and creating some of the best autofocus around, they have changed quite a bit from a decade ago. Further, they’ve built up a fantastic selection of lenses. And though I’ve tested a whole lot of them, they’re not all my favorites. The ones that are the gems in my eyes tend to really take advantage of what mirrorless cameras are about.

I was waiting for the Sony 35mm f1.8 FE for a long time when it was announced. I was very excited that I got to play with it before the announcement. This small lens has fantastic image quality, great weather sealing, fast autofocus, a small body, etc. It’s not a G Master lens, and quite honestly it doesn’t need to be. Instead, we needed something that embraced the ideals of mirrorless cameras overall. This is the perfect middle ground lens for any photographer in my opinion. The 35mm f1.4 is large, and unnecessarily so. If you wanted that extra light, then you’re better off just going for Sigma and embracing the giant size.

“And now we’re at the best part of this lens: the color rendition. The Sony 35mm f1.8 FE lens exhibits colors that I genuinely want to call cinematic. When you lock your camera to 3200K or 5500K, you’ll get incredibly cinematic colors and feelings.”

But instead, I really like the idea that mirrorless cameras and the system overall should be smaller. It means that you carry less weight and less stuff when you’re traveling. In today’s world, that means you have more room for all the supporting products.

When it first launched, I wasn’t the biggest fan of the Sony 55mm f1.8 because I thought that it was too close to being a 50mm lens. And I personally really don’t like 50mm lenses. But I was wrong. I ended up buying this lens, and it’s the most versatile one I have in my bag. It’s my favorite portrait lens of the bunch, and it lets me capture candid moments, do product photography, etc. Plus, it still ranks as one of the sharpest made by Sony. Even better, it focuses quickly and it’s small. To top all this off, it’s amazingly affordable. So why would someone not get it? As far as I’m concerned, there’s no point in getting the other 50mm lenses. This is the only one that matters.

“Above all else, this lens is sharp. Secondly, it produces accurate colors in all the right places, that is to say everywhere. Thirdly, the bokeh is creamy to the point where you’d want to take out of focus photographs just to see what this lens can create.”

“In a word, it’s pretty perfect for portrait shooters. And if you’re a fan of something like Kodak Portra film, this lens is for you.”

The Sony 85mm f1.8 was a lens that I was pleasantly surprised by. I didn’t expect it to perform as well as it did and I also didn’t believe it would be this affordable. In fact, I was dumbfounded by a lot of things. It’s sharp, fast to focus, lightweight, and weather sealed. All of the lenses I have include weather sealing. To me, I didn’t see a major reason to get the Sony 85mm G Master. You can see and tell the difference between the lenses if you’re shooting side by side. But most people won’t. Instead, most people will be too busy focusing on the gorgeous images that can be taken with this lens. Again, this lens is also small. I can stack it and another lens in a section of my camera bag with no issues.

Best of all: the only other company that I’d expect to weather seal a lens that isn’t one of their top of the line options is Nikon. But Sony did it. Kudos to them!