The True Successor to the Leica M9: Leica M10R Review 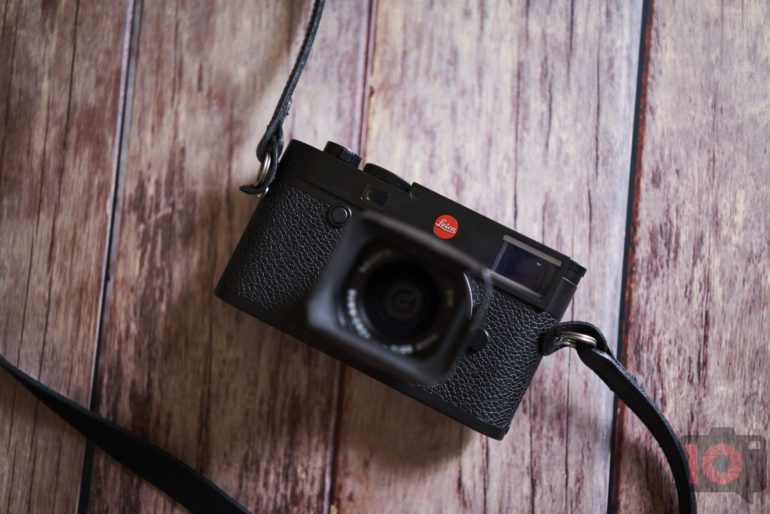 The Leica M10R is what I feel to be the true successor to the Leica M9, and I’m super happy about that.

If you were to tell me that the Leica M10R would have the same sensor as the Leica Q2 and the Leica SL2, I’d believe you. But it doesn’t. Instead of that hulking 47MP sensor, you’ve got what seems to be the 40MP sensor in the Monochrome but with a color filter. And that’s very exciting on paper! The Leica M10 series of cameras are frankly fantastic. I adore them. The Leica M10R is also an excellent camera, but there are a lot of things about it that make me scratch my head. Those concerns pertain to the image quality. And in some ways, I want to say that the Leica M10R is the truest successor to the Leica M9 there can be. But I don’t remember the Leica M9 rendering color like this. I absolutely remembered the lack of color depth at higher ISO settings. But it had its own color depth even at lower ISO settings.

Taken from our Leica M10 review.

The Leica M10 has a very subtle and classic Leica look. You’ve got your frame line selector, the lens mount, the rangefinder, your Red dot, etc. The leatherette grip is also incredibly nice in the hand.

Turn to the top of the camera and what you’ll spot are some of the main controls. There is the on/off switch (continuous mode is in the menus now), the shutter dial, hot shoe, and the new ISO dial. This dial needs to be lifted up with two fingers though at one point I did it with one. Leica made this one very difficult to tamper with.

Near the ISO dial and to the back you’ll find the viewfinder. The viewfinder in and of itself is very bright. But the rangefinder I feel could be brighter.

Turn to the back and you’ll find a big, gorgeous LCD screen. The only controls are three buttons and a directional pad. It’s quite lovely and lets you just focus on shooting.

The Leica M10R was shot alongside my Leica M6. While the Leica M10R and the series of cameras within the Leica M10 family are all the smallest digital M cameras made so far, they still don’t feel like the Leica M6. Picking up the M6 gives me a sense of romance that starts in my hands and goes all the way up through my arm to the dopamine centers of my brain. The Leica M10R is, well, I guess it’s alright. It’s still the greatest feeling Leica digital I’ve used, but that doesn’t compare to the classic analog M cameras. Something that’s missing is the ergonomic film advance. That’s on the Leica M10D. But even that feels more like the Leica CL’s than the Leica M6’s. If the Leica M10R had the film advance of the Leica M6, I’d probably feel right at home. My heart would race and I’d be incredibly elated and calm at the same time.

Objectively speaking, it’s a well built camera. If someone tried to rob you with it, you could bash them in the head and expect that they’d back off. Then you can take their picture with the camera since it’s just so well built. Leica says that the M cameras were designed to be able to resist moisture and inclement weather. But they have no official specs or data about that. For what it’s worth, I’ve taken my M6 out in the rain and it was fine. I’m positive that the Leica M10R would be just peachy too.

“Picking up the M6 gives me a sense of romance that starts in my hands and goes all the way up through my arm to the dopamine centers of my brain. The Leica M10R is, well, I guess it’s alright. “

If you’re not used to manual focus, then stay away from the Leica M10R. I’ve seen many people who are new to photography or that are so set with their own system that they can’t adapt to a new one. Just leave the Leica M10R alone in that case. But if you’re familiar with Leica products, then this will be very familiar to you. All you really need is the ISO dial, the shutter speed dial and aperture. That’s it. Want to do anything else? It’s in the menu. And that menu isn’t super deep or really difficult to navigate. When you want to shoot in more difficult angles, then use the live view on the LCD screen.

There are a few things that could make the Leica M10R even better. :

Aside from these things, I think that the Leica M10R is a fantastic camera when it comes to the ease of use. It’s not too complicated and it’s also not something that you’re meant to really fuss around with. If I were to be really picky, then I’d want a dedicated button for white balance. But overall, there isn’t much to worry about here. If anything, I can argue that other manufacturers put too much into their cameras.

The focusing is done manually through the viewfinder. A rangefinder works different than most other cameras. But either way, it’s accurate. You can also use the LCD screen and focus peaking. But for some odd reason, no one has gotten focus peaking right in the full frame world with the exception of Canon. As such, the focus peaking here isn’t that great. Nor is the magnification, and the low resolution LCD screen doesn’t help.

Now here’s what I’m most excited about with the Leica M10R. The image quality is to me what I envisioned for a Leica M9 successor. You know, a real one! The colors aren’t as versatile as a standard CMOS sensor from Sony. In fact, the 40MP sensor in this camera isn’t a Sony one as far as I can tell. So you’re getting some funky results, but also ones that have a character and soul that’s worth it. Before I go on, I want to show you the images below. They’re edited. And to me I think that they’re still gorgeous. There’s clear evidence in it though that the sensor isn’t exactly the best as you can see in the highlights. In fact, the dynamic range isn’t that great in certain situations that I still can’t totally put my finger on. I edited these images in Capture One 20. Let’s take. a look now.

We’re going to look at a number of variations here. What I’ve found is a bunch of inconsistency that I can draw conclusions from about the sensor. My belief is that it works a whole lot like chrome film. But it’s not a CCD. In fact, I wonder why Leica didn’t go for a high-resolution CCD instead here.

Here’s one result. I can get a lot of details from the shadows here and there is enough information to edit the color. No problems here. Any camera on the market can do this.

One would think that at ISO 100, you’d be able to pull even more details from both the highlights and the shadows. But there’s a fair amount of information loss here. It’s shocking to me, the lack of dynamic range wouldn’t at all be an issue to me if I just had the color depth. But the depth isn’t there in this situation. Even after playing with the white balance I couldn’t find it.

In the sample above, you can see that the highlights can’t really be captured. And that’s the issue with the Leica M10 series of cameras. You’re supposed to underexpose and then push the shadows for days. That’s the wonderful thing about that sensor. But it’s not the case here.

The colors in that top image are ugly. But in the second image, we can see that there’s some recovery. It’s not just a white balance trick here, it’s also about messing with the color levels. And that’s where I’m going to address the very weird thing about the Leica M10R. The color orange, at least on my unit, is really odd.

When you look at the scene above, you probably wouldn’t think anything of it. Except that the couch isn’t really a tan shade of peach. It’s a bright orange–almost Hermes Logo orange. Yet for some reason, Leica is rendering orange odd. I noticed this even throughout the entire series that I showed off above. I can’t explain it, but it’s really weird.

Here is the saddest news about the Leica M10R. Above ISO 1600, forget about color. Take a look at the image of Paul above. Have you ever seen someone’s skin this color? The Leica M10R loses pretty much all color depth in most situations. And again, it has to do with the color orange.

Take at the image above. That building is supposed to be red. Doesn’t the whole scene look desaturated to you? What’s going on? Luckily, the sensor output, when printed, doesn’t look bad. However, the Canon EOS R, with less megapixels, is still producing sharper prints for me at ISO 6400.

As you can tell, I’m not so happy with the high ISO output. And I wasn’t with the Leica M9 either. And that’s why I think this camera is the Leica M9’s true successor. It’s fantastic when you get the images right in-camera at low ISO speeds. And if you treat it like slide film, then you’re all set. But otherwise, just convert the files to black and white.

I’m torn on the Leica M10R. In some ways I think it’s fantastic. But in other ways, I’m scratching my head. And none of this really has to do with the Leica M10 series’ ergonomics. It’s more about the sensor output. The oranges are rendered odd. The color depth isn’t really there. At higher ISOs, color depth pretty much disappears. It’s perplexing. But you can get fantastic, gorgeous photos from this camera. And in addition to that, you also have the whole experience of using it. But if I were you, I’d tell you to skip it. 40MP isn’t a whole lot of resolution comparatively. Go for the Leica SL2 instead and get all the great high ISO output, resolution and color depth from that sensor. But if you’re married to the M system, then get the M10 Monochrome instead.

The Leica M10R gets four out of five stars.