Opinion: The 6 Ways Canon Can Win the Mirrorless Race 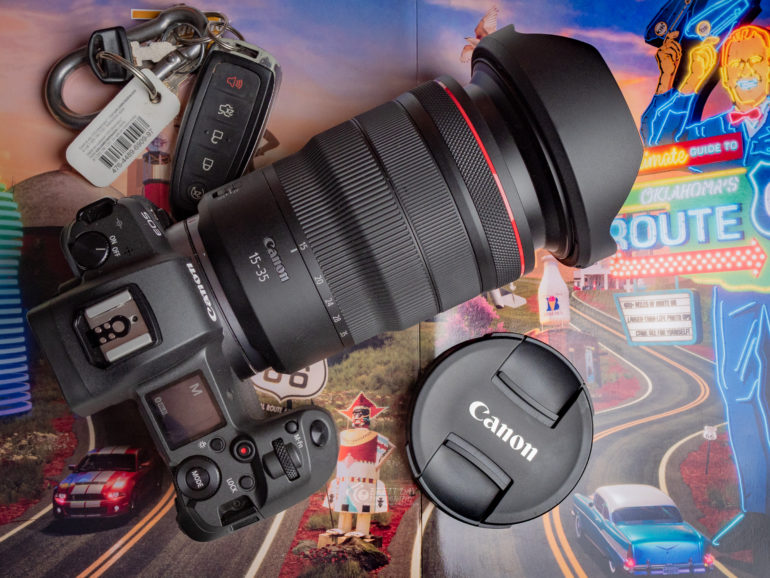 Canon will have to really up their game if they want to overtake Sony and win the Mirrorless race.

Come with me on a journey to 2012. Things were going fantastically well for Canon. They were riding high thanks to the success of the Canon 5D II, the 5D III had just hit the streets, and it too was a roaring success. Canon had the camera market under their thumb, and they looked untouchable. Nikon was doing well, but even their cameras, as strong as they were, just couldn’t keep up. Canon reigned over the camera world until Sony lit the base of their throne on fire in 2014 with the release of the Sony a7. After this release, the rest, as they say, is history. Thanks to constant innovation, Sony surged ahead in the camera market, leaving Canon in its wake. So, here we are six years later, and Canon is now starting to mount their assault, but what will it take to get ahead in the Mirrorless race? Let’s talk about this after the break.

As we know by now, 2020 is shaping up to be a massive year for Canon. It has been close to two years since the EOS R and the RP entered the Mirrorless race. Since that time, Canon has been producing some genuinely beautiful RF mount lenses for their Mirrorless platform, but so far, these offerings, along with their Mirrorless cameras, still haven’t been enough to get people to jump back over to the Canon platform.

The world is waiting for the highly anticipated Mirrorless Canon EOS R5, which is the spiritual successor to their powerhouse DSLR cameras. Meanwhile, Sony has been pumping out cameras with massive sensors. They have refreshed their APS-C lineup and improved the ergonomics of their cameras, and their investment in autofocus and AI technologies has pushed them even further ahead in the Mirrorless race. So let’s take a look at what Canon needs to do to win their fans back.

A Mirrorless 5DS, 5DSR Needs to Be Born

The upcoming EOS R5 (if speculation is to be believed) may have a 45 Megapixel sensor, but let’s be clear, the EOS R5 is not meant to be a replacement for the 5DS or 5DSR. The EOS R5 is designed to continue the story of the workhorse 5D IV, and so on. The R5 will be the camera for working professionals, and it will more than likely be the camera that will please the most, but Canon needs to exploit the need for high megapixel cameras.

To catch up to Sony in the Mirrorless race, Canon needs a high megapixel camera that can compete with the Sony a7r IV and even high megapixel offerings from Fujifilm (think GFX 50R). There has been plenty of talk about a 70-plus megapixel sensor Canon may have in the works. Whether that is true or not remains to be seen, but if Canon wants to come out swinging, they need a camera like this that will be able to make the most of the RF mount glass they have. High megapixel cameras are surging in popularity. If Canon can create an EOS R5s and price it competitively, they would have a winner on their hands.

“I cannot remember the last time I looked at a Canon camera and thought that it would be fun to pick it up and use it.”

Canon has been complaining about losing market share, but there has been little effort on their part to produce a Mirrorless camera that can compete with entry priced options from Sony and Fujifilm. As it stands, the entry-level Mirrorless market is cornered by the Sony a6XXX series (like the Sony a6100) and the Fujifilm X-TXX series (the X-T30 for example). For years, the entry-level DSLR market was dominated by Canon and their Rebel series. You could walk into any big-box retailer and their Rebel cameras would be front and center, but now Canon has hardly any presence at all in the consumer market space.

It’s time for Canon to release a Mirrorless Rebel series camera. Canon hedged a bet on the EF-M mount, and M series cameras like the M6 II have not taken off at all outside of Japan. It is a bet that has not paid off. It is time to kill the M mount and focus just on the RF mount. The Rebel series is well known and trusted in the States. A Mirrorless RF mount Rebel with a fully articulating screen would already put Canon at the top of the pile. Throw in the 32.5 Megapixel APS-C sensor from the M6 II, add the enhanced autofocus systems, price it to compete with the Sony a6100, and it will sell like crazy.

It’s also time to release more affordable RF mount lenses that will appeal to the masses. So far, there is just one RF mount lens that is not an L series. The RF 35mm f1.8 is a fantastic prime that gives us hope that more affordable RF lenses will be coming. Release an affordable 50mm f1.8, an affordable 85mm f1.8, and some cheaper kit zoom lenses that will pair perfectly with a Rebel series camera or even the more affordable EOS RP. If Canon wants to regain more market share, they need to make their cameras and lenses more appealing to consumers and pro-sumers and not just to the pros. Don’t let us down, Canon.

“It’s time to start thinking outside the box, Canon. Stop playing it safe; make your cameras exciting again by being leaders.”

Build Upon What They Know Best – Ergonomics, Build Quality, and Ease of Use

If there is one thing Canon does wel, it’s building cameras that look good, feel good, and are easy to use. These three attributes make Canon cameras stand out (to me, at least). I have held and used many, many cameras, and the offerings from Canon always feel fantastic in hand. The grips are great, and the button layout is always logical. Another area where Canon excels is in build quality.

The EOS R has some of the best weather sealing of any Mirrorless camera. We abused the EOS R like crazy during our review, and it just kept chugging along with no problems at all. These cameras are built to last. The addition of the sensor cover that automatically comes down when a lens is removed is pure genius! Little things like this set Canon apart from the rest: meanwhile, Sony cameras seem to be dust magnets. Also, The menu systems that Canon employs are some of the best in business. The menus are well laid out, easy to read and navigate (thank you for making them touchscreen compatible), and they just make sense. Canon, keep on doing what you are doing with these three things and it will pay off.

“When Sony first released the a7, users had to adapt EF mount glass to their cameras. Pretty soon, if you’re not careful, it will be the opposite.”

You Seriously Need to Innovate When it Comes to Features

Yes Canon, the EOS R5 will be feature-packed, but for far too long you have been holding back, and it seriously dented the confidence the photography community had in you and your cameras. Twenty frames per second burst modes, IBIS, and 8K video with no crop: these are all great places to start, and we are happy they will be in the EOS R5. But let’s be honest; to compete with Sony, the R5 needs all of these and then some.

Continue to invest in newer, faster autofocus systems. Invest in artificial intelligence that will match or surpass what Sony has, add features that haven’t been seen in your cameras before like in-body focus stacking, or your take on live composition (a great feature of Olympus cameras). Innovate and come up with ideas that will make the lives of photographers easier. You had a ton of opportunities to innovate with the EOS Ra, but you didn’t. You were the same old Canon just rehashing what you already have, and that was a disappointment. It’s time to start thinking outside the box, Canon. Stop playing it safe; make your cameras exciting again by being leaders. We know you have it in you to get ahead in the Mirrorless race.

“Canon, stop taking yourself so seriously. Have a little fun with what you do. It will go a long way.”

The header for this section says it all. In order for Canon to succeed, the RF mount is going to need more than the lenses that only they can provide. EF mount cameras were so successful because we had tons of choices when it came to the lenses we could use. If we wanted to splurge and get L series glass, we could, and if our wallets were a little less stuffed with cash, we could still go and get great quality lenses from Sigma and Tamron to use with our cameras. Right now, this is not the case when it comes to the RF mount.

Tamron and Sigma both have gravitated to Sony’s Mirrorless platform. Honestly, right now, these two companies are producing some of the best lenses that they have ever made, and it saddens me that Canon shooters are missing out on these great lenses. When Sony first released the a7, users had to adapt EF mount glass to their cameras. Pretty soon, if Canon is not careful, it will be the opposite. Canon, open up the RF mount to third-party manufacturers so that your users can have the ample choices they used to have. Out of all of the topics discussed here, this is probably the most important. Yes, RF mount glass is fantastic, but we want to be able to choose what we use. Don’t get so full of yourselves that you think you can win this Mirrorless race without third party lenses: you’ll be in a world of hurt if you do.

“If Canon wants to get more market share back, they need to make their cameras and lenses more appealing to consumers and pro-sumers and not just to the pros.”

Lastly – Stop Taking Yourself so Seriously!

Photography is supposed to be fun, and somewhere along the line I think Canon forgot this. I cannot remember the last time I looked at a Canon camera and thought that it would be fun to pick it up and use it. I look at cameras from Sony (the a6100), Olympus (the Pen F), and Fujifilm (X100V), and they scream fun! They are small, pocketable, and feature-packed. The Fujifilm X100V and the Olympus Pen F are just stunning to look at thanks to their retro designs. When I see one, I want to pick it up and use it just for the sake of using it. Canon, you need a Mirrorless camera in your line up that will spark this feeling of fun in other photographers too.

Consider making and releasing a Mirrorless Canonet. Sure, it might appeal to fewer people than a workhorse EOS R5, but it would still be well received, and it would garner a cult following like the cameras listed above have. Show us that you still know what fun is; stop taking yourself so seriously. Have a little fun with what you do. It will go a long way.

What do you guys and gals think Canon needs to do to get ahead in the Mirrorless race? Do you think they are doing enough? Let us know in the comment section below.