After That Adobe Price Increase, I’m So Happy I Switched to Capture One 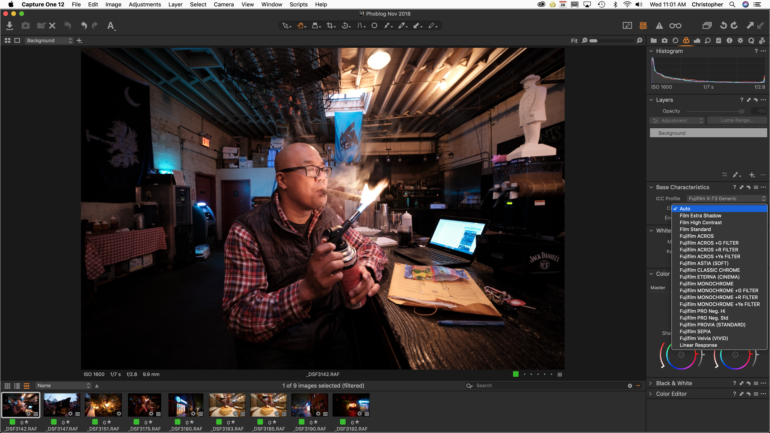 Photographers are clamoring and complaining about the Adobe price increase test, and Capture One has never looked sweeter.

Before I go on, I should mention that this isn’t a sponsored post. So, any accusations of that can go out the window with both our 10 year long policy and the fact that we clearly label everything that is sponsored. This isn’t my rubbing “I told you so” into your face either. This is my call to remind everyone that there is another option arguably better in every single way than Adobe. The way that I like to describe an Adobe relationship is to make it synonymous to an abusive relationship or a drug. You keep coming back for more and more. You know it’s bad. You know you can do better. But yet for some odd reason you decide you’re happier being comfortable. That comfort means sometimes you sustain but more of the time you just don’t grow.

When I decided to switch from Lightroom to Capture One, it was a process. I used Lightroom at times but, once I set up Capture One to work like Lightroom and learned all of the better things that it does than Adobe’s offering, I’m glad to say that the only reason why I ever log into my Adobe account is to access Behance. Behance isn’t doing too well, but by and large it is the best thing that company has. Working in the cloud is very nice, but it isn’t necessary for most photographers. Most photographers have no issues using stuff like WeTransfer, which is an far more ethical option than DropBox since the latter partners up with Unsplash.

I think, more than ever, that instead of photographers sitting around complaining about an issue, we should be doing something about it. If we really want Adobe to listen, then we all need to leave. I can still read an Encyclopedia faster than Lightroom takes to render and export my Sony a7r III RAW files, and the RAW editing algorithms are rubbish compared to what Capture One can do. Additionally, Capture One has a growing number of presets (which they call styles) and also makes organization still pretty simple. Capture One still does have its flaws, but I’d much rather work with a company that cares about me and develops a symbiotic relationship than a company that tries to use me for their own gain while handing me scraps.

We’ve done a number of Capture One tutorials here on the site but let me post a number of our YouTube videos below too.