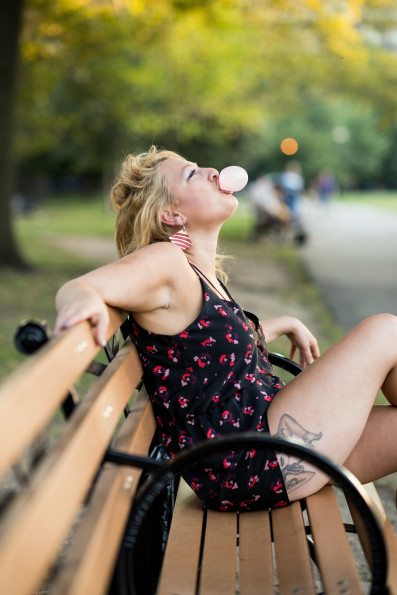 I’m going to share with you a little bit of insight that the cinema industry has known for years but that the photo industry still sort of rejects in favor of innovation: and that’s that Canon has been getting skin tones perfectly, absolutely right for years and that they still do. I’m aware that this is going to incite a flame war amongst one base vs another but before you go any further you know should know something else. This is all my own opinion.

When I started the Phoblographer, I wanted this blog to always be transparent. When we are paid to say things, we clearly label it in order to abide by FTC laws and in order to avoid any sort of possible lawsuits. Just consider it: if you’re a business owner would you want something that you spent around 1/3rd of your life building? I’m sure you wouldn’t; and so I take that very specific and very careful designation. Long time readers have known this and in effect actually know that I’ll spend some time creating sponsored content that they enjoy if it helps me pay the server bill, rent, etc. Trolls, on the other hand, just tend to say something before they think. So with all that out of the way, I genuinely feel like I need to get this out of me. For the past few years, I’ve been carefully considering the gear that I own and may possibly upgrade to at some point. I personally own a Canon 6D, Fujifilm X Pro 1, and Sony a7 simply because it makes reviewing a lot of digital photography products that much easier. Why haven’t I upgraded? Besides the obvious funding issues, I just don’t need to. Cameras these days are overall just so good to begin with. But with that said, there are certain things that one system does better than the other. I’ve expressed this in many ways through previous reviews. For example, I feel like the 16MP Fujifilm sensor was the best that they produced. The 24MP and 50MP sensors deliver a look that I feel is VERY digital, sterile, and without character. But the older 16MP sensor can create much more pleasing tones in my eyes. Can I fix this in post? Yes, but it’s more difficult and requires more time vs just getting it right in camera.

Sony has always has complaints about their colors. But with subsequent versions of their cameras, the colors tend to get better. Sony’s colors have ALWAYS been good. They’re just different. If you play around with the various color profiles, you’ll find results that can be very nice. I personalized my Sony a7 to render images to look like a previous version of Kodak Portra 160. But in truth, I don’t always want that look. Sometimes, I want the look of Ilford FP4 and sometimes I just want good digital files. So with the right color profile, I can get just what I want. It, again, just requires more work.

And that’s where we get to with Canon. Despite the fact that Canon delivers products that ultimately in the end don’t push the boundaries of photography and sometimes overall just feel like they’re shooting themselves in the foot, they don’t make bad cameras or sensors. In fact, they’re just as highly capable of delivering great quality photos. But when it comes to portraits and skin tones, I don’t think that anything really beats what Canon is capable of doing. No matter what, skin tones come out looking warm, gorgeous and lovely even when using Daylight white balance (what film is balanced to) and in not so ideal of a scenario. More importantly, this idea goes across the spectrum for all sorts of skin tones–and that’s incredibly important. What this means is that no matter what kind of lighting you’re in, those skin tones are going to look super nice. Very personally, I can’t always say the same thing about Sony but I can give a very close second to Fujifilm straight out of the box. With tinkering though, Sony can deliver skin tones that are good but neither of the two still match what Canon can do.

So why is this important? Well, it’s got a lot to do with the editing process, color grading, monitor calibration, and most importantly your portfolio. It additionally has to do with the more advanced aspects of photo editing. I’ve done full videos on this, and here’s one:

So does this mean that I’m leaving the world of mirrorless cameras? Hell no. Honestly, every camera system out there is good but one system may be better than the other in certain regards. Personally, nothing beats the quality that I can get from well exposed medium format film. Not everyone in the world is also a camera reviewer for a living. But if you’re a portrait shooter the way I am, you may want to stop giving into the flame wars that Canon is involved in and take a look at their system. Sure, it’s heavy, but it isn’t awful.