All images by Manu Cabañero. Used with permission. Also be sure to check out our Kickstarter!

Photographer Manu Cabañero worked on the Splash Wars photography series a while back as an ode to Star Wars. It was a lot of work to create these images and just today he unveiled Mara Jade. Manu tells the Phoblographer he created this one because he didn’t really create a photo another Jedi yet.

“Mara was a good choice to show the Light Side of the Force.” he tells us. “Mara Jade is a fictional character in the Star Wars Expanded Universe, in this case I have more freedom to represent their physical appearance because there are different interpretations of their appearance and clothing,”

He did it for “May the 4th”–an iconic date for Star Wars nerds.

To create this image, Manu used a Canon 7D, three Canon Speedlites, a Tamron 24-70mm and a Reflector.

“For this shooting, I needed a different pose compared to the previous ones. To do this I tried to keep balance between the light saber, her cloak and her left hand, creating a diagonal composition, stylizing and giving dynamism to the photo. The physics had to be realistic. The wind direction had to make sense, so the milk always follows the same direction.

I think that Mara Jade will not be canon on the new films but it would be interesting!”

Here are more images from the series so far. His inspiration is from the amazing Jaroslav Weiczorkiewicz’s Splash Heroes, Bamboo Forest, Milky Pinups and Fallen Angels. 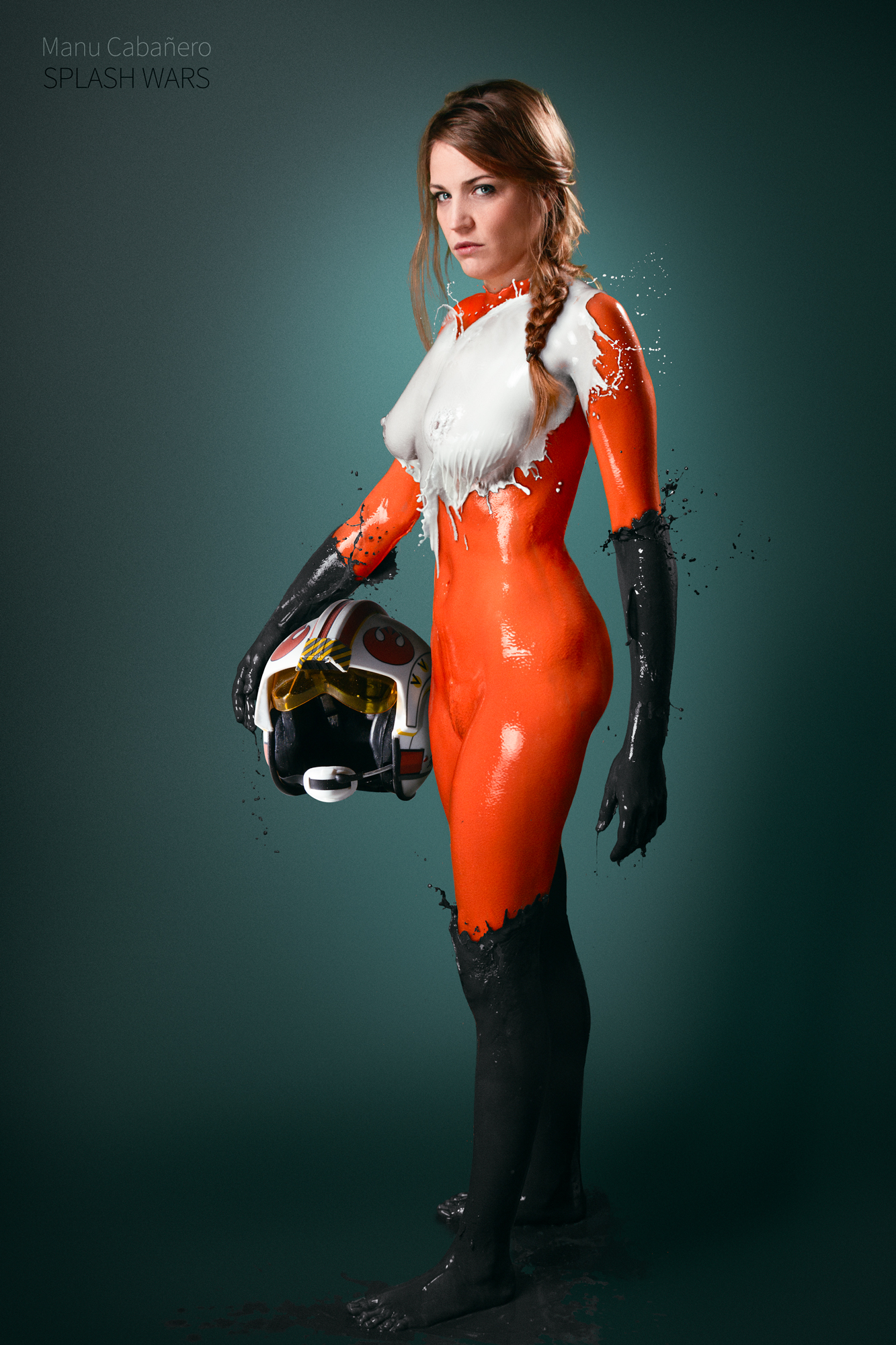