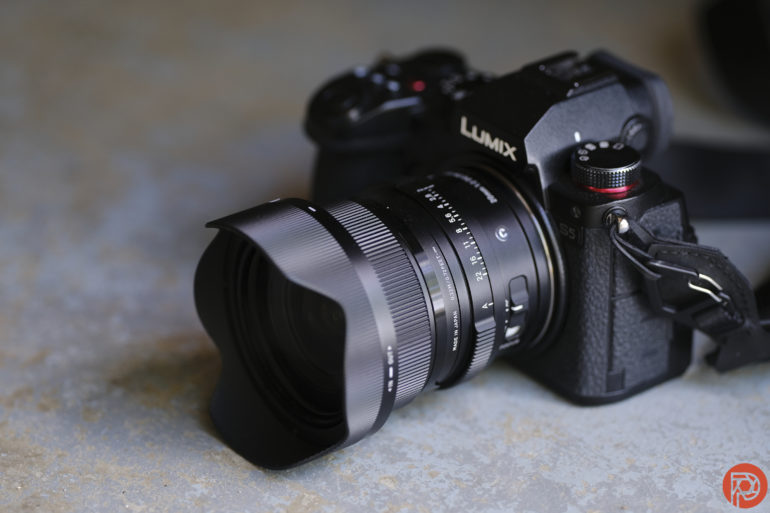 While Sigma has a reputation for its Art line, it’s the I-series of lenses that always catch my interest for one main reason: metal. Like the others in the series, the new Sigma 20mm f2 DG DN is a prime lens with a beautiful metal barrel and a dedicated aperture ring. While it looks luxurious on the outside, it houses solid optics inside that capture sharp, punchy images.

While the Sigma 20mm f2 DG DN is a reasonably priced ultra-wide that looks like it costs more than it does, there are a few quirks. Chief among them, the weather-sealing isn’t throughout the whole lens. But, at $699, are those quirks worth embracing?

The lens for this review was provided by LensRentals.

The Sigma 20mm f2 DG DN is a beautifully built, metal, prime lens that’s fun to shoot with. The images are sharp with punchy colors and contrast, and relatively little distortion to complain about. The lens is technically great with a lot of sharpness, and it leaves a bit of room for character with some small flare and that 20mm perspective distortion. And, it is not terribly expensive.

However, the weather-sealing is only at the mount, making it susceptible to damage from dust and moisture. It’s not the best choice for photographers shooting in inclement weather or working in dusty or sandy environments. It also had a few autofocus misses, but these were not common.

I used the Sigma 20mm f2 DG DN in the L-Mount version, mounted on the Panasonic S5. A clear Sigma protective filter was used as well. The lens was provided by LensRentals and the S5 is on loan from Panasonic.

As part of Sigma’s I series, the Sigma 20mm f2 DG DN has a metal body. It uses Sigma’s latest optical tech designed for sharp corners and minimal sagittal coma flare. But, they’re not doing anything crazy unusual here.

The Sigma 20mm f2 DG DN is a reasonably-sized, metal build, prime lens. This design is one of my favorites from Sigma. Metal lenses with aperture rings are my jam and that’s exactly what this lens is. It brings a lovely metal prime option to the E-Mount and L-Mount. And it feels great in the hands.

The first control next to the mount is the auto to manual focus switch. This is not only a nice big switch, but it’s actually color-coded so you can easily see what mode the lens is in even from a distance. In AF mode, there’s a spot of gray under the switch. In MF mode, the switch is all black.

The next control is the aperture ring. This ring has a very satisfying click to it, and it’s nicely labeled from f2 to f22, with an A for auto. I did need to make sure this ring didn’t twist in the bag when stored, but otherwise loved the feel of it.

Closest to the front of the lens is the manual focus ring. This is a bit larger than the aperture ring and, of course, turns smoother. That makes it easy to tell the two controls apart by feel.

The metal build of the Sigma 20mm feels lovely in the hands. The clicking aperture ring is so satisfying to use. Sigma really needs to make more primes with this type of body. It’s simply lovely.

While the build looks and feels great, the weather-sealing is only at the mount. With such a luxurious feel to the build, I really wish Sigma spent the extra few bucks for full weather-sealing. I would hate to see dirt affect the beautiful turn of the rings or to get inside the lens and affect performance and image quality. While it looks durable, the chance dust and water could spell trouble is greater than with a lens that’s fully weather-sealed.

The metal build makes it feel durable, but a lack of full weather-sealing can create overconfidence while shooting with this lens in scenarios it shouldn’t be in. After shooting with the Sigma 20mm along the beach and near the spray of a waterfall, the lens fared okay. The S5 did have some visible dust on the sensor, however, at least some of those dust spots were there when I first mounted the lens.

The Sigma 20mm f2 did a decent job at focusing on the type of subjects that ultra-wides are typically used for. I didn’t have any issues shooting landscapes or architecture. I did have a few snapshot-style photos that were inexplicably soft. To explain that a bit further, we were focusing on people in a scene. At times, the camera and lens would nail focusing on their faces. But then suddenly, it would lose focus for some reason. However, the autofocus locked on a high majority of the time.

With movement towards the camera, the lens missed occasionally, but still kept most of the images in focus. The S5 doesn’t have the fastest autofocus system, so I can’t say for certain whether or not the lens will have any issues on one of the super-fast burst modes on a Sony E-Mount. While the miss rate was minor, it was a little high given that ultra-wides tend to lock on easier than longer lenses.

Controlling the aperture at the lens feels more natural to me than making those adjustments on the camera body. That’s one of the reasons this lens feels great to use. There is the off chance that newbies might find the labeled controls daunting, but I don’t think too many photographers who don’t know what aperture is are drawn to prime lenses. Otherwise, using this lens is really straightforward.

This lens isn’t equipped with image stabilization. With such a wide angle and with many bodies including stabilization, that’s not a deal-breaker. But, that may still cause some pause for photographers who will use this lens mainly to shoot handheld low light. Still, on the S5, I was able to get a bit of blur out of a waterfall without using a tripod.

Images from the Sigma 20mm f2 DG DN are sharp and punchy. And this lens also handles distortions reasonably well. It can capture some sharp stars, while barrel distortion is fairly minimal. Flare is suppressed, but there’s still some of it to be had and when shooting this way, and there’s still some contrast too.

Sure, you can get more bokeh with a longer lens or an f1.2. But, there’s some nice background separation here. This lens will create the most bokeh when shooting in close, where the background softly fades away. The out-of-focus points of light did not have obvious onion ringing and most were also clear of soap bubbles. Bokeh balls are mostly round, with the expected cat-eye shape only towards the edges.

Even wide open, the Sigma 20mm f2 DG DN has a nice sharpness to it. It’s sharp, but not clobber-you-over-the-head sharp. There’s minor softening at the corners; pixel peepers may notice the edges of trees and scenes here aren’t quite as sharp. But, there are very few scenarios where such a minor softness would be an issue.

With such a wide angle, the lens has surprisingly little barrel distortion. There is some slight bending towards the edges that you’ll see if you quickly flip back between a JPEG and a RAW file without the lens profile applied. But, it’s fairly minor. You will, of course, get the exaggerated perspectives that come with an ultra-wide: not quite as extreme as a 16mm but not as neutral as a 35mm.

I was also able to take a few astrophotography images with this lens. The stars were sharp and didn’t suffer from many distortions that alter their shape.

Photographers can get some flare here with a little effort. Pointed towards the sun, the lens will have a soft flare of light with a few small ghosting spots. Yet, the image still retains quite a bit of contrast in this scenario. It’s not the kind of flare Photoshop artists will recreate later, but there’s a bit to play with here.

The Sigma 20mm f2 DG DN has only very minor chromatic aberration. Only pixel peepers will really notice it, and you have to get in real close.

Colors felt just a tad extra from this lens. The sky and greenery had a bit more punch, yet not in an overbearing way. RAW files could easily be manipulated to meet a particular color vision.

From day one, The Phoblographer has been huge on transparency with our audience. Nothing from this review is sponsored. Further, lots of folks will post reviews and show lots of editing in the photos. The problem then becomes that anyone and everyone can do the same thing. You’re not showing what the lens can do. So we have a whole section in our Extra Image Samples area to show off edited and unedited photos. From this, you can make a decision for yourself.

The Sigma 20mm f2 DG DN has a beautiful metal build and delivers solid images. Images have sharpness, punchy color, and even just a bit of character flare. Distortion is well managed. To top it off, the metal body feels really great to work with. It’s a decent choice for astrophotography and landscapes. The $699 price point makes it a tempting choice for wide shots. The lens is a decent option for photographers on a limited budget; it’s affordable, yet the image quality doesn’t really look it.

But, it’s not fully weather sealed. If the Sigma 20mm f2 DG DN were fully weather-sealed, I would recommend it to a lot of photographers (and, if I shot E or L-Mount, would seriously consider picking it up for myself). The limited weather-sealing means it’s not for photographers who shoot in the rain or in sandy, dusty environments such as beaches. The even cheaper Tamron 20mm f2.8 Di III has better weather sealing, though there’s significant distortion to tend to with that lens. It also had a few autofocus misses.