Is It Better Than the Profoto B10? Elinchrom One Review 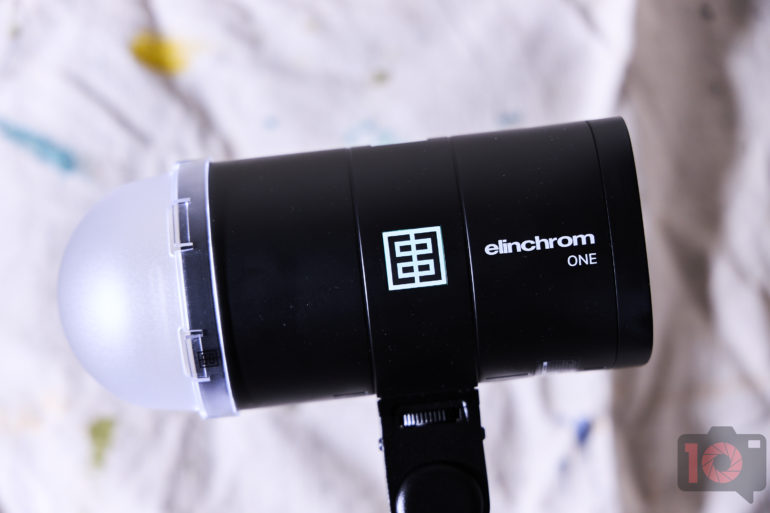 Elinchrom has been very quiet over the past few years. But today, the company is announcing its new Elinchrom One lights. They’ve been doing some reorganization, and that’s apparent with their new CEO. Simon Whittle is around 30 years old, and he’s worked with the company for many years. It’s nice to see a millennial at the head of a company, and that’s why I’ve got some new-found hope for Elinchrom. When you think of Elinchrom, you’re most likely thinking of the Ranger series of battery packs and lights. But, they’re doing something new, and these lights are totally different. Better yet, it’s not a rip-off of some Chinese-made product.

The Elinchrom One is overall a pretty good light in a sort of odd place. Elinchrom makes comparisons to the Profoto B10, but it is also like the A1x in some ways. It’s much better for indoor shoots and photojournalism than it is for location work. In some ways, it also works like Canon’s older E-TTL rather than the newer E-TTL II system. Plus, it’s available at an excellent price and boasts a touchscreen.

The Elinchrom One isn’t necessarily doing anything new except for the touchscreen. Like Nikon, it’s playing catch up. Unlike Nikon, it’s actually doing things differently. This light has Bluetooth, a contained battery, USB-C charging, many different interface options, etc. You could say it’s doing almost everything in an affordable fashion. But then you’d look at Flashpoint and Westcott and argue otherwise. It’s a good light in a very odd place.

Elinchrom also put this in the brochure.

Here’s what the Elinchrom One looks like when it’s powered off. When activated, the Elinchrom logos light up. You can change the color of the middle one too. And as you can see, it has a pretty standard design for most lights that have come out in the past few years.

Here’s a quick look at the light when it’s powered on. As you can see, it gets pretty bright.

What you’ll also see and appreciate here is the frosted dome. This is something I haven’t seen done well since Phottix was still really a thing. It provides a lot of diffusion in the same way that a Profoto head would do.

The Elinchrom One can take Elinchrom’s light diffusers and the Profoto stuff. For what it’s worth, though, I rarely use diffusers or modifiers anymore. If I’m bringing out an umbrella, then I’d better have a lighting assistant.

Here’s the back of the Elinchrom One. You’ll spot three buttons. One is a menu button, the other is the main interface button and the power button.

When the Elinchrom One is activated, all the buttons light up.

In hand, the Elinchrom One is lightweight, well built, and feels better than some of the Chinese-made products. With that said, Elinchrom doesn’t say anything about it being weather-resistant, and I’m not sure I’d want to test that either. Weather resistance is critical when you’re on location. Unfortunately, I don’t think I’d use this light very often on a location partially because of the power output as well.

More realistically speaking, I used the Elinchrom One in a photojournalistic fashion most of the time. I only had around a week with the light, so I couldn’t set up shoots. But, I’ve taken an active role in my neighborhood’s community garden, and documenting the happenings and people there makes things fun. The inspiration came from Chris Hoare’s project that Junior Photo Editor Feroz Khan interviewed him about. I added in my own high-speed sync light usage. Being around dirt, a few minor splashes from a hose, and being placed on a slightly damp surface didn’t phase the Elinchrom One. It kept working.

The huge thing to take note of is the touchscreen. The interface isn’t the same as a phone’s, but it’s still pretty good to use. Sometimes you need to double-tap things to make them work. And I understand that for sure.

Most of the time that I used the Elinchrom One, I didn’t even put it on a light stand: I just handheld it and used it without a light modifier. If this is what you’re doing, you’ll be fine. Thankfully, Canon’s image stabilization is also solid, so you don’t need to hold the cameras with two hands.

Most of the time, you’ll be using the transmitter on your camera. The only thing I was really doing was powering on and off the modeling lamp. But I also was using the TTL function from here. The Elinchrom One tells you on the back how much power is being used proportionally. It also lets you know the flash duration. This is how I figured out that sometimes I just need to make the TTL output stronger. Be sure that your transmitter’s firmware is up to date! This was kind of confusing. Sometimes, the TTL seemed to work like the original Canon E-TTL system. At other times, it worked like E-TTL II. But no matter what, it always gave me a nice, usable image. This is much better than Profoto’s TTL.

The big differentiation of this from other lights is the touchscreen. Sometimes you have to double-tap settings. But otherwise, it works very seamlessly. And I really like that. If you set the modeling lamp as your favorite function, you can turn it on and off with a screen tap. Then you can swipe down to access the modeling lamp settings. To get back to the flash, you just swipe again. It’s pretty fun!

Like most modern lights, you can automatically go into high-speed sync with no issues. I don’t turn exposure preview on, and instead, I just have it be a constant setting. With that said, I expose by reading the light meter. When I do that, the Canon cameras are typically reading the ambient light. So when I photographed portraits on locations, the Elinchrom One just wouldn’t always give out enough juice. Then I started to add more power, and suddenly the system was making magic together. The Elinchrom One told me that it was also giving off a faster flash duration. For the record, I haven’t had to do this since the Canon 5D Mk II and all the lights that came out around then. However, it’s far more reliable than Profoto’s TTL.

Realistically speaking, my biggest concern is the slower flash duration. The max flash duration is 1/7000. My camera’s shutter speed can go faster than that. Why is this a concern? Well, flash duration has various uses. It can stop really fast-moving motion. That’s one of the reasons why I was using Einstines for a while, and I adore the Profoto B10. But the bigger one is that it can act as a second shutter speed and help overpower the sun. I’m so used to doing it with Profoto at 1/640. But with the Elinchrom One, I’ve sometimes needed to go to 1/4000th on my Canon camera.

This is also one of the reasons why I believe that the Elinchrom One needs to be used with faster lenses. As I’ve seen with the Profoto A1, it needs a fast aperture to really get that studio strobe look. The Profoto A10 sort of did that. But overall, the Elinchrom One can prove too weak at times unless you really crank the power-up.

For the record, I own and have used the Profoto B10 for years. It’s always been reliable. I bought the B10 for the wide variety of shoots I need to do. Sometimes I’m on a press trip with Sony, and I need a powerful enough light in the middle of NY afternoons. Other times, I need to test a Fujifilm medium format camera doing documentary journalism on a location. But most of the time, I use it for product photography in my own apartment and in my neighborhood. It gets the job done with various camera systems. Profoto works and works well, and aside from their subpar customer service and questionable press relations, I’d probably stick with them. But I have to really admit, the Elinchrom One is starting to win me over.

Overall, the image quality that the Elinchrom One can deliver is good. But so is every other light. The crazy thing is that most folks can’t tell the difference between what light shot what photo. And unfortunately, that’s the same thing with the Elinchrom One. How could manufacturers adjust this? What about built-in gels or a system like that that works?

Again, I can’t really complain about what the Elinchrom One can give you. I didn’t end up doing much editing, if any at all, to our images. But it’s more about the consistency, and I’m not totally sold on it yet.

In our extra image samples, you’ll see some more photojournalism and portraits.

The Elinchrom One is a brave entry into the lighting world. The European manufacturers genuinely have to find a way to be innovative and compete. Profoto has done that as they’ve invested a lot into the future of RAW processing and mobile photography. Elinchrom is trying to actually make the way you use lights much different. I’m struggling to find a way to compare it. It’s not at all the New York Yankees. And it’s got too much self-respect and does great things, unlike the New York Mets. If there were something in between, that’s what it would be.

So who is the Elinchrom One for? I ultimately think that if you’re looking for something more powerful than your hot-shoe flash and that can take bigger light modifiers, this is the flash for you. It’s much more affordable than Profoto’s offerings. And it’s got a few innovations too. But at the same time, it’s also not perfect at all.

My ultimate hope isn’t that Profoto drops their prices to compete with the Elinchrom One. Instead, I hope that Elinchrom ultimately finds a way to become the true middle ground. That will drive the Chinese brands to a lower price point and the other European brands to a higher one. The lighting world needs innovation and not gimmicks. And I think that the Elinchrom One is showing that this can be done as a slow start.