The Profoto A1 is what many photographers have wanted for a while. But is it the perfect tool?

When the Profoto A1 was announced, I was very curious. Granted, I love lights that are as small as speedlites, but also thoroughly enjoy the power a full blown monolight provides. I was reminded of that even more so on a recent Sony Press trip. In many ways, and for the wedding photography crowd, the Profoto A1 could be the absolute most perfect light ever made. It offers a lot of color consistency, has a fast recycle time, works best with fast lenses, is small, and can integrate with whatever supported camera system you have when used wirelessly. It isn’t bad for location shoots either. Then, you consider just how fantastic the battery life is and how critical that is to wedding photographers, and you realize you have a perfect product for a working pro.

But at the same time, you’ll need to justify the price. And if you’re a location portrait shooter, you’ll really need to remember to bring your fast lenses with you. In many cases I saw, F2.8 zooms just won’t cut it.

Editor’s Note: I’d like to make it clear that Profoto is a current sponsor of the Phoblographer, as in they’re currently buying ads. But our unit was on loan, and unlike a few other websites that got it first, we maintain complete and total editorial integrity. Why do I feel I need to say this? Because editorial integrity is in danger in some ways with content marketing. I will always clarify when something isn’t so. 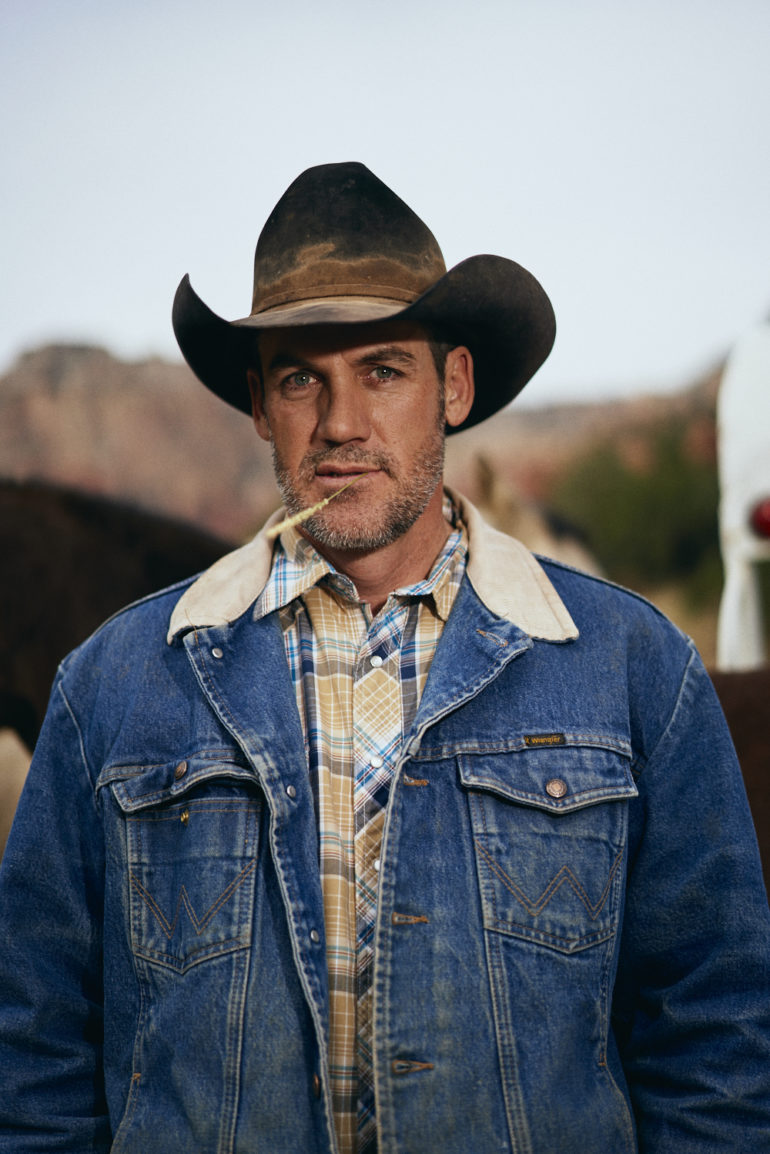 When you look at the Profoto A1 flash, you’ll see it looks like a mishmash of various flashes on the market. The rounded flash head is more of an ode to the options out there that have an umbrella reflector built in. But the rest of the body mimics the look of various other speedlights and speedlites. The head does the whole tilt and rotate thing you’ve come to expect with many other flashes. Then there’s the battery. This battery is huge and rechargeable. Of any TTL flash I’ve used, this massive battery provides the Profoto A1 with battery life that lasted me an entire week and could have kept going if I wished. On the side of the Profoto A1 you’ll spot a door for ports. More importantly is the simple switch for manual or TTL flash output. This has to be one of the best implementations of a switch like this that I’ve seen. It’s so much easier than going through and digging around in menus. The head of the Profoto A1 has the ability to zoom in and out. It can do this manually or it can be set automatically via communication with your transmitter or camera’s hot shoe. Granted, this is the Canon version of the light, so it won’t communicate when set on Fujifilm cameras. But if talked to wirelessly, then it’ll work just fine. In this case, I’m using a Sony Air TTL trigger from Profoto and firing in TTL with the Canon version of the Profoto A1. As such, zoom is communicated if set to auto. The back of the Profoto A1 houses a giant LCD screen. Then there are buttons that change depending on what menu you’re in. I tested the Profoto A1 in the deserts of Sedona. It survived dirt pretty well, but I didn’t subject it to any rain. I’d be scared to do that honestly. There have been reports claiming it’s very durable in inclement weather, but in my 11 years, I haven’t seen a single monolight or flash that can really hold up to rain. The closest was Canon’s 580 EX II.

However, what you’ll probably really care about is how lightweight it is. If you’re a wedding shooter, then you can mount it onto your hot shoe, point it at the ceiling and go shooting. Then when you’re ready to shoot with it off camera, you just switch to the transmitter. What’s nice is that there is a modelling lamp. And before you ask, no; I wouldn’t use it as a constant light or even really as a video light. It’s too weak. Folks who typically ask this are too afraid of flash, and considering how simple it is and how much free and premium information there is on the web, I’d implore people to consider learning.

With that said, I don’t think the Profoto A1 could be your first flash. For first time flash buyers, I’d strongly recommend starting with cheaper ones before splurging $1,000. Perhaps the most complicated thing about the Profoto A1 is activating it; but even that’s pretty simple. You have to hold down the test light and then rotate the wheel as it states. Once that’s done, you’ll get a screen like the one below. In TTL mode, this screen will display the power output. It will do the same in manual mode except that in manual, you’ll be controlling it yourself. As stated earlier, all of the functions the buttons control change with whatever screen you’re in. The control menu for the Profoto A1 has a few pages but isn’t complicated. It lets you do exactly what you want and need to do in most situations. Wedding photographers and perhaps even photojournalists who earn taxable income enough to be called semi-professionals will greatly value its ease of use. While it lends itself to a very plug and play nature, I strongly recommend taking a full day and exploring what it can and can’t do. Also, be sure that you familiarize yourself with the ins and outs of the transmitter if you buy it. In all honesty, I’d almost consider it a waste if you don’t buy a transmitter because you’d miss getting the most out of your investment and taking the most advantage of the capabilities of this flash. What you can rely on with the Profoto A1 is color consistency. It is ALWAYS on point. But to make the most of this, I’d set white balance manually. For these images, I set my camera’s white balance to 5500K. If you import the images, you’ll see that Sony’s RAW files tend to change the white balance. However, the output was always consistent. Nikon’s RAW files are the only ones that hold their Kelvin temperature in my experience (I’m not sure why).

I was thrown off in some ways by the marketing Profoto has been doing with it; and I found out from other journalists that I wasn’t the only one. The Profoto A1 is a great flash, but in terms of power it is no stronger than most other first party manufacturer speedlights. Why was I confused about this? Perhaps some of it has to do with the imagery. There are images and output that has been shared where the Profoto A1 is used outdoors. Granted, you wouldn’t know it unless you knew the locations, but a lot of those outdoor locations have very controlled lighting. It’s the same style of lighting I do most of my tests in for lenses and flashes. But with Profoto, I personally expected more than just better battery life and color consistency for $1,000.

There’s no sugar coated way to say this: the Profoto A1 has weak power output that can only be taken advantage of if you’re shooting with lenses faster than f2. I found this out the hard way when most of what Sony loaned us on the press trip was f2.8 or f4 glass. Luckily, I had my Sony Zeiss 55mm f1.8–and that’s where I started to see the flash make a difference: when shot at f1.8 or f2. Of course, you’d also be shooting in high speed sync.

If you’re shooting in an area with a lot of controlled lighting, overcast weather, indoors, or in a shadowy area, then you’ll be absolutely fine with a lower ISO setting. And if you’re using something like the Nikon D850 or the Sony a7r III, then you’ll be able to utilize massive dynamic range to make the most of your image in post.

What the Profoto A1 Can Do This shoot was done using the Profoto A1 in high speed sync mode due to the fact that Arizona’s sun is quite strong. But at one point, it was fairly overcast. I did a test shot with the 24-105mm f4 and didn’t like what I was getting. So I switched to the 55mm f1.8 and immediately fell in love with the ambient light cutting abilities and the extra pop the Profoto A1 was giving off. If you’re alright with shooting wide open most of the time, then that’s absolutely fine. This wouldn’t otherwise be possible if I were shooting with natural light. I wouldn’t get the specular highlights or a pop in the colors. According to the Lumu Light meter, the Profoto A1 can fire at a flash duration of up to 1/17,100. It isn’t the 1/19,000 the Profoto B1X can do but impressive still. Unfortunately, it still doesn’t have enough power to overpower the sun with a smaller aperture and the sun firing at full force on your mortal skin.

Here’s an example of an ideal outdoor lighting situation for the Profoto A1: As you can see, it’s already pretty dark and we’ve got a lot of control over the light. Because of this control, the Profoto A1 can really shine. That’s where the Profoto A1 will excel; unfortunately it won’t work so much in areas where you need to tame the ambient.

Here are some other images. What the Profoto A1 Can’t Do There are situations where you’d like to backlight your subject and illuminate them with a flash such as in these scenes. The Profoto A1 cannot do this simply because it’s way too weak when it comes to power output. We needed to switch out to Profoto B1 monolights in this case simply because they’ve got more power. In the image above with Jared Polin, I’m sure that the Profoto A1 could have stopped the motion. However, it would still not have had enough power to overpower the natural, ambient lighting. To get this shot we needed the B1. As you can see though, the two styles of portraiture and scenes are different. If someone is genuinely interested in the Profoto A1, then they’ll want to know this.

Do I like the Profoto A1? I do, and for most of my portrait work with fast lenses in controlled lighting situations and product images, I think it’s a great flash. But at the same time, I’m knowledgeable enough with manual flashes that I’m more than happy with what Adorama’s Flashpoint offers. If I were shooting weddings that would be a different story. Wedding photography and photojournalism is where the Profoto A1 will excel. Portraiture otherwise can be done with various other lights. I’m also iffy about the price point. If this light had double the power, I’d say it is the absolute best buy out there, hands down.

So the question is: why would you upgrade to the Profoto A1?

That’s about it. It surely isn’t a monolight in the form of a speedlight; although I really wish it were.

The Profoto A1 receives four out of five stars.

Specs taken from the Profoto A1 listing page