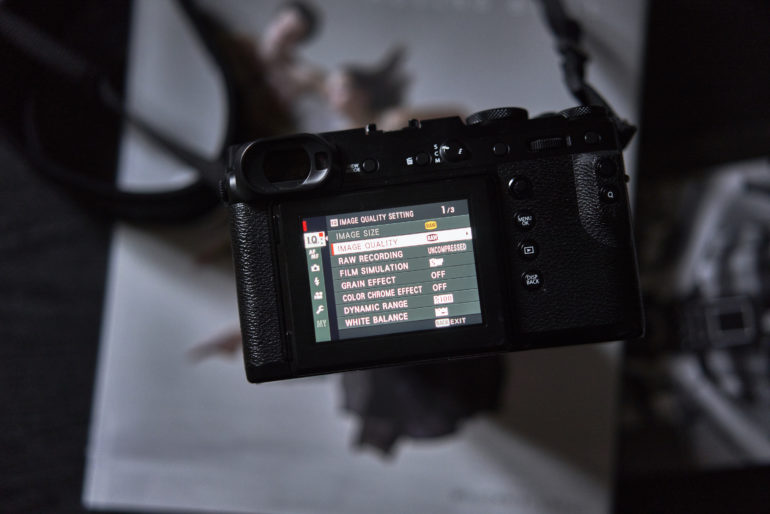 I’m hoping that the Fujifilm GFX 100R is possible, as it would be incredible!

The cool thing about the Fujifilm X series is that it’s small. You can take it with you anywhere. Sling a camera around your chest, and you’ll be happy with it all day. But with the GFX series, that’s not always the case. Now, you may say that the GFX series is meant for professional photographers, but I’d counter and say any camera that’s made these days can do what a professional needs. I invite you to peek into Facebook groups around the GFX system. Everyone using them is a hobbyist. They’re passionate photographers who care a lot about their craft. So why not make something smaller that they can tote around with them everywhere? This is why I think that a camera like the Fujifilm GFX 100R could do very well!

But imagine that Fujifilm didn’t just try to make the body smaller and hold a large sensor. Imagine they went above and beyond here. I’m talking about:

How cool would this be? This would be an everything camera! A camera that a professional can bring with them for fun and even do serious work with. I’m aware that something like this wouldn’t be cheap, but I think camera manufacturers must succeed in trying new things. And in the rangefinder-style world, Fujifilm has really proven themselves. Sony, Olympus, Hasselblad, and Panasonic are also in that world, but none of them are going Medium Format except for Hassy. The Sony a7c is a nearly perfect full-frame camera. The Olympus (or OM Digital Solutions now) Pen F always had my heart. And Panasonic’s GX series was always great too.

Returning to Fujifilm, the Fujifilm GFX 100R could have some extra awesome features. For example, what about a collapsible kit lens? Even more interesting, why not a series of collapsible prime lenses? They wouldn’t be the fastest lenses, but at least they’d be doing something much different and innovative.

Brett and I often discuss ideas like this. The point is this: so many cameras are way too similar. You can put a blindfold on and realize they’re all doing the same things. But reviewers aren’t the only ones who realize this: consumers do too. That’s what happens when variations of the same SLR body are used over and over again. What’s more is when the same sensors are constantly in use.

But we need variety. We need more differentiation that makes one camera company stand out from another.