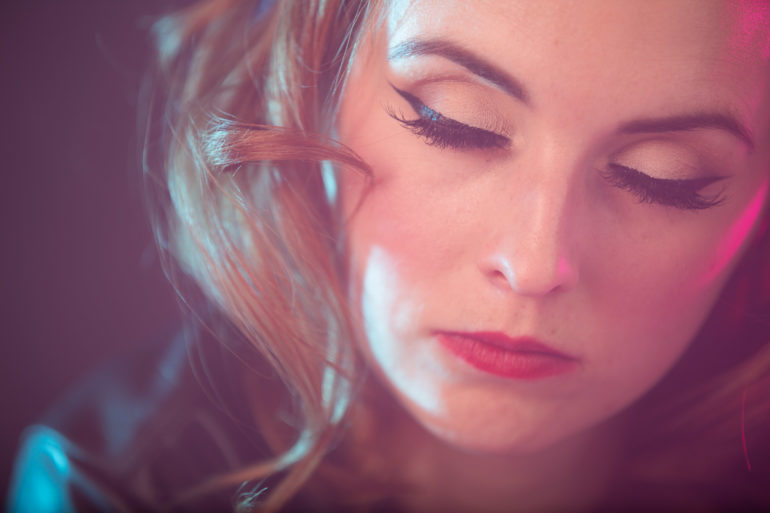 My name is Paul Howard. I’m a portrait and headshot photographer in Red Deer, Alberta, in Canada. Like many, I find I’m happiest behind the camera. I revel in images of people, particularly faces. The when and where is any time, any place. My “how” is pretty basic, at least I think it is: find or make the light I’m looking for and capture it. The why is a little more difficult to explain.

I’ve played around with a camera for probably fifty years but rediscovered my love for it about 13 years ago and didn’t realize that it was portraits I had a passion for until 2012. I had an inkling decades ago. I’d see the photography in National Geographic, or Time, or Life, but those photos didn’t bring out the feeling that I wanted to go to those places or meet those people. It made me want to take those photographs. I don’t know how else to explain that. When I did my first ‘real’ portraits, that is, purposefully made a portrait of someone, it made me quit breathing. It made me see that there’s something in everyone that’s amazing. That should be shown and celebrated. It made me want to let my subject see what it was that I was seeing in them, that certain something that makes them amazing. When I can create an image of someone that they can look at, and it makes THEM hold their breath or brings tears to their eyes, there’s nothing better.
I’ve photographed weddings, wildlife, landscapes, birds, still life, real estate, architecture… but portraits excite me to a point where I’d rather do nothing else.

I got more intently and purposefully into photography when I turned 50. I had wanted too much earlier, but I didn’t feel I could justify the expense when trying to raise a family. I lamented that as I turned 50 and my wife pretty much told me, “now or never.”

I love the work of Gregory Heisler, Sue Bryce, Peter Hurley, Richard Avedon, and many many other portrait photographers. I think that the biggest lesson from them was to connect with the subject. Making a connection is key to them being comfortable enough to let themselves come to the surface and show me, and the camera, what lies within.

At my advanced age, I’m not sure that I know what my identity is. I think I can relate to people, I think I have a decent sense of humor, and I think I show them I care that they see that they are more than they think they are. I want them to be able to see that. And I think it’s terribly important that they see that. I think most of them feel that there’s nothing special about them. I feel I have to prove them wrong, that they deserve to see why they are people who think they really are special.

Studio lighting is with Paul C. Buff AlienBees, from one to five of them, depending on whether I think the shot calls for background lighting, hair lights, or kickers. At times I revert to a single Canon 600EX RT Speedlight, especially if I’m striving for harder light. Most of my modifiers are from StrobePro, and, again, it depends. I use everything from thin strips, to large softboxes or beauty dishes, to bare bulb, or sometimes Rogue Flashbenders on the Speedlight. Gels, smoke machines, v-flats, or whatever else I need to find the light I’m looking for. While I’ve certainly shot with natural light, sometimes modifying with a reflector or two, studio light definitely provides the flexibility to create much more precisely, and I like that.

I’m most definitely more of a creator than a documenter, I would say. Although I do believe that I’m documenting an aspect of someone that they may not have seen or realized before, I think that I need to create the atmosphere, the setting, the circumstance, and the environment to bring that out. Then I need to gently massage the image during development to create the final picture that grabs them.

Once in a while, I’ll do a themed shoot and, in a case like that, I’ll hunt the web for some ideas, jot down a variety of settings for both the environment and the camera, and try to develop a bit of a blueprint for the shoot. More often, though, I intentionally go in without a plan. Every person is different, and I don’t want to have any preconceptions about what they should give me. I want to capture what will naturally surface. While the subject is in front of me and I’m making that image, I am constantly talking to them, reinforcing them, and telling them how well they’re doing and how good they look. My direction to them to move an arm, tilt their head, or look in a particular direction is interspersed into the reinforcement as minimally as I can. One thing important to me, the moment I’ve captured something that I think is exciting, is to not contain that excitement. The more open and honest I am with them, the better the reactions I feel I get, and the more of what is inside them comes to the surface.

As to processing techniques, I’m often happy with what I’ve shot in-camera, with only minor Lightroom adjustments for sharpening, contrast, and saturation tweaks, as with the images I’ve attached. Occasionally I’ll also cycle through LR presets for ideas on what else I might do to bring out a certain mood. For images that I’m delivering to the client, though, I will invariably go into Photoshop and push those tweaks further, particularly with work on the skin and for a general softness.

The Darilyn set came about because I knew her, she was willing to experiment with lights and setups, and I felt she had a natural affinity for being in front of the camera.

The Hannah set was a result of Hannah wanting images that were more true to her. She had modeled before but was, of course, directed to feature a certain product or piece of clothing. For these images, our only product was her.