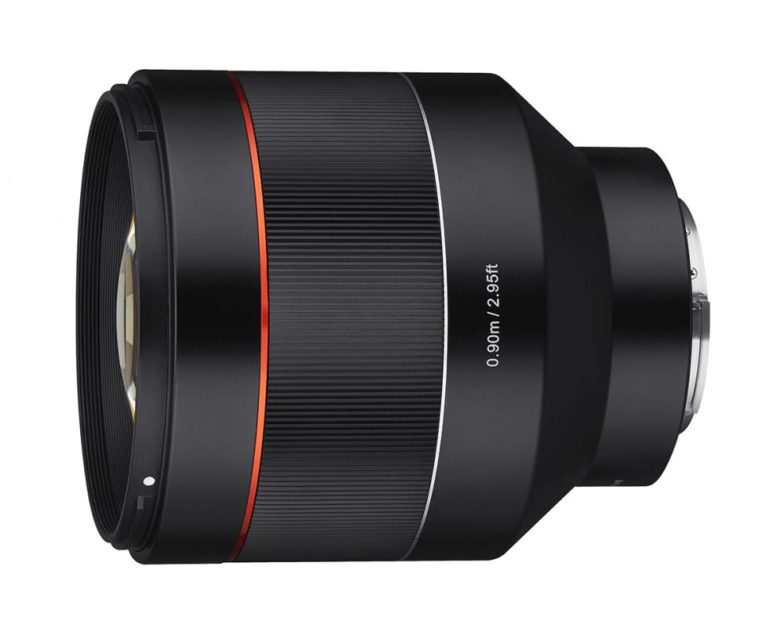 Samyang have been producing some amazing prime lenses lately, but how does it stack up to the Sony G Master?

Samyang (or Rokinon as they are known in the USA) have really come along way in the past few years, and they have been producing some fine prime lenses. Everything about the lenses have improved, from color rendition, to build quality, and image quality to new and improved autofocus capabilities. The new AF 85mm f1.4 for Sony E Mount cameras promises to be a hit, but how does it stack up to the pace setting (and admittedly much more expensive) 85 mm G Master. Join us after the break to find out.

A recent article on Digital Camera World shed some light on the new Samyang glass. The lens was paraded in front of crowds at The Photography Show last week and it caused quite a stir. The 85mm lens has a wide aperture of f1.4 which will no doubt make this a very appealing lens for wedding photographers, portrait photographers, and anyone who needs fast glass for event or concert photography. When it comes to 85mm prime lenses on the Sony platform, this one will certainly shake things up, especially with it’s price of $748! The Samyang 85mm f1.4 has 11 optical elements in 8 groups. Four of the elements are HR glass (high resolution), and one element is of the extra low dispersion variety. There are nine aperture blades which should help create creamy bokeh, and the lens is weather sealed. The lens weighs 1.25lbs, and takes 77mm filters.  Not bad specs for a lens that sits between the Sony 85mm f1.8 FE, and the Sony 85mm f1.4 G Master when it comes to price. So why would we put this Samyang up alongside the more expensive (by $1,000) Sony 85mm G Master and not the cheaper Sony 85mm f1.8? Well honestly because this Samyang lens is a direct shot at the G Master when it comes to specs. Both lenses have the same 77mm thread size, both have 11 elements, and nine aperture blades, both are weather sealed, and both have the same fast aperture of f1.4. What will really set these two prime lenses apart will be the coatings used on the glass that will help with flares and aberrations, the overall weight (the G Master is heavier by half a pound), and the speed of the autofocus motors. While Samyang really have come a long way when it comes to autofocus, it really wasn’t that long ago that the company only produced manual focus lenses. While lenses like the Samyang/Rokinon 50mm f1.4 performed well in good lighting conditions, in low light situations the autofocus performance took a pretty major hit. This of course is critical when shooting in low light venues that wedding and concert photographers usually find themselves in; who knows though, perhaps the new 85mm f1.4 from Samyang will surprise us with its autofocus speeds in low light situations. Image quality shouldn’t be an issue at all as Samyang usually produces lenses that put out razor sharp images. The proof will be in the pudding though.

It will certainly be interesting to see just how well this lens performs when it gets released later on this spring. One thing is for sure though, Sony users have will have an abundance of 85mm prime lenses to choose from, and having a good selection to choose from is never a bad thing.