“Hey guys, this is Justin, Chris’s Kickstarter campaign manager. I wanted to write and say that if the Phoblographer has ever helped you with your photography, please consider donating to our Kickstarter for La Noir Image–now with both iOS and Android support!. Thank you, guys, you are the best.”

Every brand right now is creating very killer 85mm lenses that really tug at my heart, but without a doubt the one with the best bokeh so far has to be the Sony 85mm f1.4 G Master lens. It’s big, it’s a bit weighty, and it has a unique aperture ring around it that Sony is trying to push onto its higher grade prime lenses.

With 11 aperture blades, weather resistance built in, a 77mm filter thread and weighing just under 30 oz, the lens is quite surely aimed at the higher end user–especially with its $1,798 price tag. In all honesty, it will give you the best images from any 85mm lens right out of the camera–but I’d be telling a complete lie if I said that every photographer needs one. 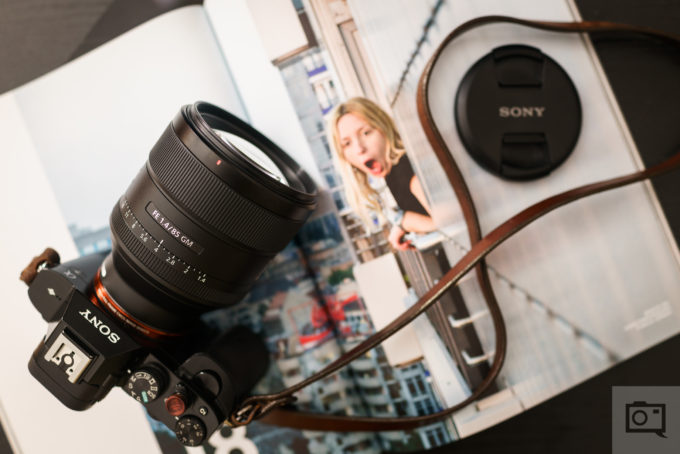 The Sony 85mm f1.4 G Master lens was used with the Sony a7r II and the Sony a7 along with the Adorama Flashpoint Zoom Lion flash. The Sony 85mm f1.4 G Master series is fairly simple as far as lens design goes. It sports a rugged plastic exterior and also feels like the 35mm f1.4 in many ways. One of those ways has to do with the massive front element and filter thread. This, in all reality, is a big lens. When you hold it, you know that you’re dealing with a big piece of glass. Here, you also see the new G logo. This logo has brushed metal and distinguishes it from the rest of the series.

In the future, this means that everyone will be going for Sony G Master series glass in the same way that Canon users aspire to get their hands on Canon L glass. 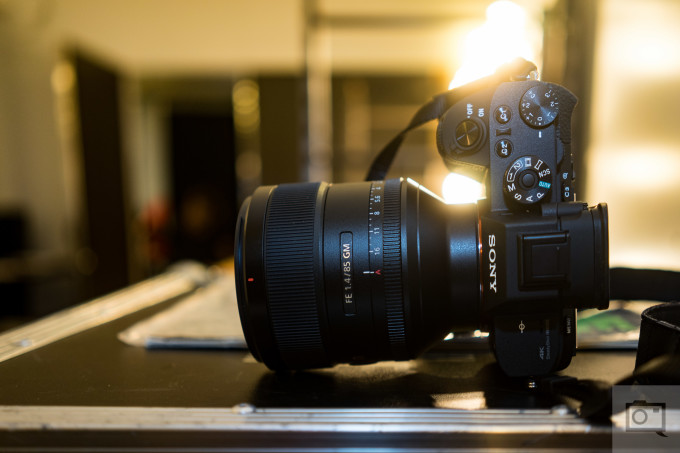 What most characterizes the lens is the working aperture ring and the focusing ring–which are both rubberized and work well. 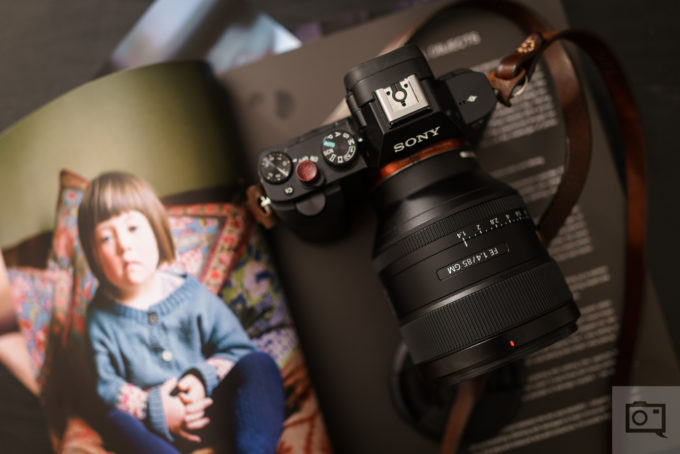 The Sony 85mm f1.4 G Master lens has weather resistance built into the lens mount and throughout the body of the lens. That’s a nice touch but when you also consider the exterior of the lens you start to think a bit more critically. Zeiss and Tamron both use metal in their exterior design yet for some odd reason Sony doesn’t. It’s got a plastic exterior with subtle texture, but it isn’t exactly the metal that many of us crave these days.

It’s still an overall well-built lens but I’d be much happier with a metal exterior that would therefore justify the price a bit more. 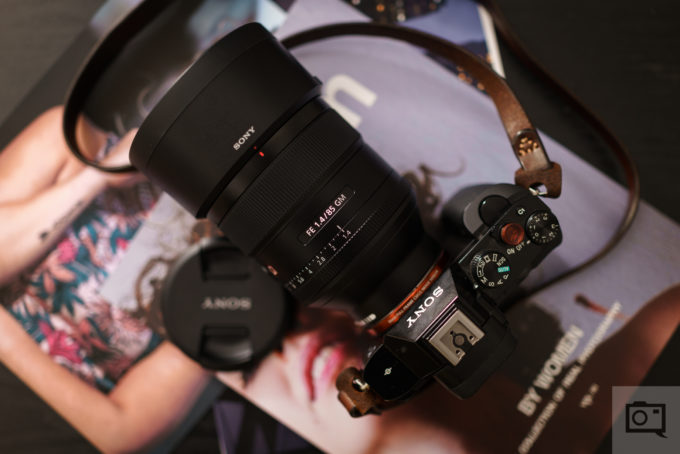 If you’re familiar with Fujifilm’s lenses, then this one will also make a lot of sense. There is an aperture ring on the outside with clicks and an A setting for automated use. The fact that it’s there though means that it’s targeted to the higher end audience that will really like to control the camera and lens combination via an aperture ring.

With that said, don’t give this lens to a newbie. Though it was obviously faster to autofocus on the Sony a7r II, the Sony 85mm f1.4 G Master lens is also pretty quick to focus with the original Sony a7. Like all Sony optics, the AF speed really depends on what AF setting you’re in. Use the smallest and most selective AF focusing spot, and the lens is going to take a noticeably longer time with the older camera than the newer one. Using a larger spot generally gives both cameras the same speed in good lighting with the a7r II taking the lead in low light.

Consider the following: Sony has without a doubt created the best 85mm lens out there. It’s tack sharp, it’s got weather sealing, it focuses significantly faster than that sloth-like Canon 85mm f1.2 L series lens that so many people drool over, 11 aperture blades help to give it the best bokeh I’ve seen from an 85mm lens, and not only does it have fantastic color but it’s also great with skin tones. In fact, I can’t make a single complaint about the images that this lens can produce.

But to be fair, no one is making a single bad 85mm lens out there–some are just better than others. The 11 aperture blades here help to create gorgeous bokeh. This is the first autofocus lens to give us that–but years ago Zeiss used to put 17 blades in their lenses for super creamy bokeh. Hopefully, we’ll see more of a return to that type of manufacturing. For what it’s worth, the Sony 85mm f1.4 G Master lens is just about as sharp as the Zeiss 85mm f14 Milvus lens. That means it’s sharper than Tamron, Sigma and Rokinon’s offerings.

And for the price that you’re paying, it just makes sense.

For the best sharpness, I always recommend using a flash with this lens attached to the camera and using the a7r II. One of my favorite things about this lens has to be the color rendition. Older Sony lenses used to offer very contrasty and saturated looks. Now, they offer fair amounts of contrast with slightly more than normal saturation. It’s a win win for portrait photographers. In our tests, I couldn’t find any significant color fringing–although I indeed found it when the contrast in the images were boosted. As I will always say though, there is nothing to complain about when you can literally press a single button in Adobe Lightroom. If you are complaining about it, you’re probably more into complaining about minute details than looking at an image as a whole. 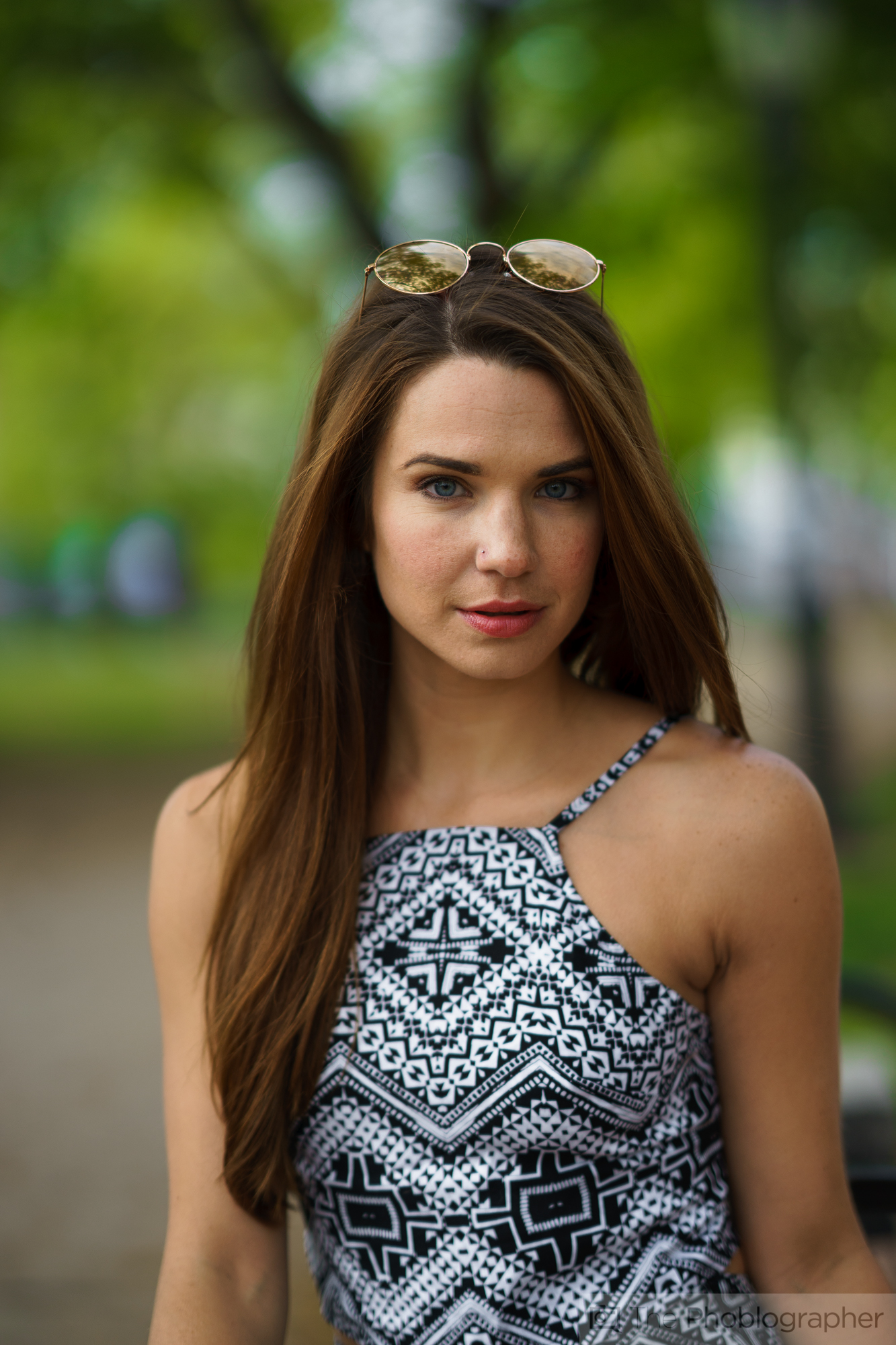 However, consider the price tag.

But that’s not all you should consider; and this is where I get into real-talk.

If you own an 85mm lens manufactured within the last five years or so, you probably don’t need to upgrade to this lens. They’ll all give you great bokeh, great sharpness that can be enhanced in Lightroom, and some are even better built. What you’re paying for here is native mount use and autofocusing abilities. If you have an older lens and portraiture don’t bring in most of your money then don’t consider this lens. If portraiture puts food on the table, then consider your purchase carefully because this lens is very expensive.

The Sony 85mm f1.4 G Master lens wins the Phoblographer’s Editor’s Choice award and five out of five stars. Want one? Check out the Amazon listing for the latest prices.