Some of the Best Lenses for Concert Photography for 2018

Using the right lens can take your concert photography from so-so to so awesome!

Concert photography is a fun way to get cool shots but it’s not as easy as you might think. Yes, the lighting is done for you and the performers are doing the performing for you, and yes, you do need to capture a lot of frames, but with concert photography the lens will make the biggest difference for any photographer.

When it comes to choosing zoom lenses for concert photography you need fast aperture glass. Even at f2.8, you’re going to be getting less light than a prime but what you give up in light gathering, you make up with the flexibility to zoom. 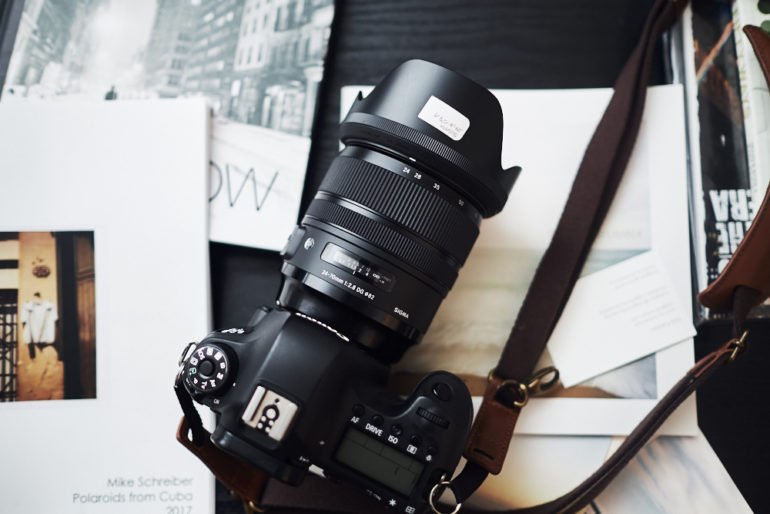 Pro tip – A lens like the Sigma 24-70mm f2.8 DG OS HSM Art Lens can be used in low light because of the built in IS, but if your subject is moving on stage, up your ISO to keep from getting motion blur.

“One of the best pieces of news professional working photographers have heard in the lens world could be about the Sigma 24-70mm f2.8 DG OS HSM Art Lens. Unlike many first party options out there, it has optical stabilization built in which helps a lot at weddings, events, for portraits, etc. Those types of photographers will greatly appreciate this addition on top of the already fantastic optics. Speaking of those optics, Sigma has consistently hit the ball out of the park in our reviews, and I’m happy to say they’re pretty much going to do this same thing in this review. But I should warn you that Sigma’s zoom lenses, while good, aren’t their primes. Sigma’s prime lenses are better. So if you want the best of every focal length offered here, you probably won’t be satisfied until you go for their f1.4 primes instead. And like many of those other lenses, you can take the Sigma 24-70mm f2.8 DG OS HSM Art out into the rain due its weather resistance.”– Read our review If you’re shooting Sony Alpha full frame mirrorless and you’re expecting a small f2.8 zoom keep dreaming. You need to have big glass to cover that big sensor and perform well and that’s what Sony did with the Sony 70-200mm f2.8 OSS G Master. This beast of a lens is a solid performer with built-in IS, and compatibility with advanced AF like eye detection. If you like the idea of shooting performers on stage at 200mm with their eyes razor sharp this is your lens.

Pro tip – Get the vertical grip for your Sony. With a lens this beefy, its a must.

“When you consider a camera system, one of the most important lenses to look out for is a 70-200mm equivalent–and Sony has been working on delivering that in the form of the Sony 70-200mm f2.8 OSS G Master lens for full frame E mount cameras. With weather sealing, a white body, 18 groups with 23 lens elements, and a constant f2.8 aperture throughout the zoom range coupled with a small size overall, there is a lot of love about this lens.” – Read our review

If you’re just getting into concert photography or photography in general, a good quality prime lens should be your top choice. Start out with a 50mm then, depending on how you like to shoot, move to a 35mm or 85mm. Here are some solid prime lenses to choose from. Pro tip – A classic focal length, with a 35mm you might want to be close to the stage to see the performers.

“It’s been nearly 20 years since Canon released the first 35mm f1.4 L USM lens for the Canon EF mount. For a few years, that lens was my bread and butter optic. Then one year, Sigma released the 35mm f1.4 Art lens–and that quickly replaced the aged Canon offering. Earlier this year, Canon announced their response to the new line of absolutely stellar 35mm lenses that have recently been released from various manufacturers: the 35mm f1.4 II L USM.” – Read our review Pro tip – Be aware of the aperture ring on your lens. In a chaotic environment of a live show it can easily get moved. Gaffer tape is your friend here so cut off a bunch of small pieces and attach them on the outside of your bag or clothing so you can get to it easy.

“The release of the Sony Zeiss 50mm f1.4 for full frame E mount cameras begs the question, “just how many 50mm lenses does one need?” In truth, just one–but the strategy is a smart one for the company. You see, years ago camera manufacturers used to offer loads of different lens options. You’d get a 50mm f1.8, f1.4, f2, etc. Leica still does this and to some degree, Zeiss does too. But with Sony, you’re getting something different.” – Read our review Pro tip – If you’re rocking a large lens like the Sigma 85mm f1.4 Art, bring a second body for a wider prime. Changing lenses at a concert is asking for trouble.

“The answer to the question that you’re wondering is yes, the Sigma 85mm f1.4 Art lens is indeed much better than the previous version of the lens. At higher megapixels, you start to see the flaws of the older version, but the newer one exudes an image quality that is truly unbelievable. Additionally, it sports a bit of weather sealing. And the ultimate answer to whether or not you should upgrade really has to do with your own intentions. If you absolutely want to stick to using DSLR cameras, then this is a must-buy lens.” – Read our review