We’ve reviewed and tested every CineStill film emulsion in both 35mm and 120.

I like to think that CineStill had a fairly big part in the revival of analog film culture. Indeed they did something no one else was doing and even today no one else really does. Yet in many ways, what CineStill does is something that has been around for years. The company takes movie film stock, modifies it to be developed with standard film development processes, and cuts it for photographers. It has resulted in some film emulsions that are incredibly unique if not the most unique on the market. By and large, they’re one of my personal favorite film manufacturers. Over the years, I’ve reviewed all their film emulsions and am now providing a comprehensive guide to their film. Who’s it for: CineStill 50D is really for the photographer shooting landscapes, stagnant portraits, and anything in daylight. Daylight is at 5500K and of course you can make a print/scan warmer or cooler. But this is the lowest ISO negative film emulsion on the market.

What is it?: CineStill 50D is a Kodak movie film stock. Ever watch a Tarantino film? Chances are he’s using this in some way or another. The D stands for daylight white balance. We’ve got a full explanation of this on our website. When Should You Use it?: Use CineStill 50D when you’ve got a beautiful, sunny day out there. In shade, the images will come out a bit bluer than you may like.

How Do You Store it?: CineStill 50D should ideally be put in the freezer. Lots of folks tend to put it in the fridge, but the reason why I’m saying my freezer is because you can take my fridge space from my cold, dead hands: tuna salad comes first.

Recommended Uses: I’ve used CineStill 50D in a variety of lighting situations. It’s nice as a walkabout film, but I genuinely think it deserves to be used shooting landscapes.

Be sure to also check out our CineStill 50D review. Who’s it for: CineStill 800T is a faster ISO film. It is really a 400 or 500 ISO film that is recommended to be shot at ISO 800. This is a Tungsten balanced film, which means it’s ideal for indoor shooting or under warmer Tungsten lighting. I adore it for everything though honestly, specifically people.

What is it?: CineStill 800T is a color negative film. If you watch the show The Americans, take a look at all the night scenes. It will look like this film. When Should You Use it?: Use CineStill 800T if you’re a photographer looking to shoot with ambient lighting at night or indoors.

How Do You Store it?: CineStill 800T is best stored in the freezer. When you’re done shooting with it, go develop it ASAP.

Recommended Uses: Use CineStill 800T for portraits and candids. I always have some in my freezer just in case. 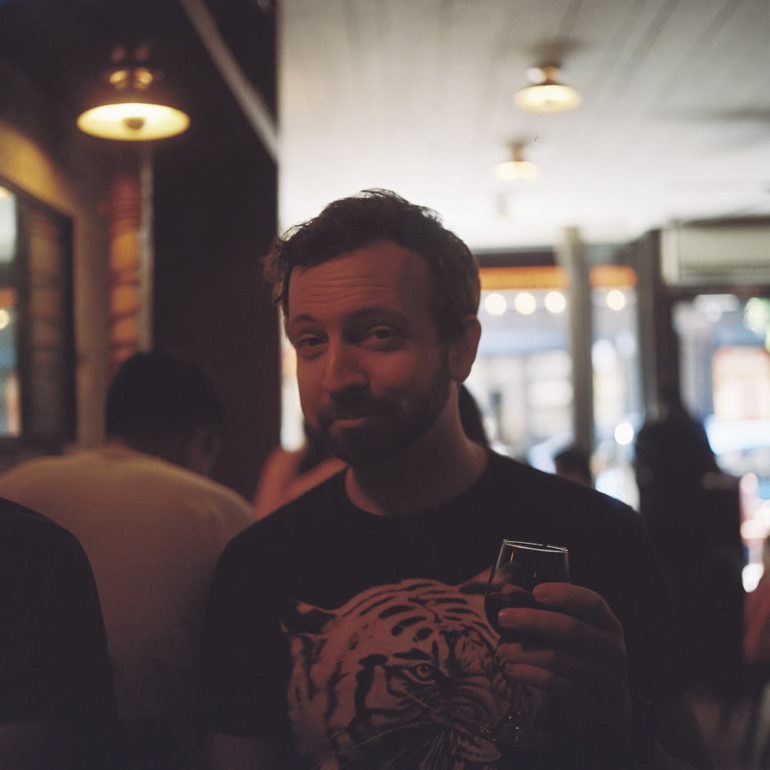 Be sure to also check out our CineStill 800T review. Who’s it for: CineStill bwXX is a film that you’d think the photographer looking for something cinematic would go for. When rated at ISO 400 that’s indeed the case. But I found that when pushed to 800 you’ll get some gorgeous documentary style images under Tungsten lighting like the image above.

What is it?: CineStill bwXX is said to be Kodak Plus X, which is a film emulsion you can’t get here in America. Kodak’s cinema film is Tri-X and Plus X both. They look similar, but Tri-X has more pronounced midtones. When pushed, it looks more like Tri-X. When shot at ISO 400, it more resembles TMax 400.

When Should You Use it?: Use CineStill bwXX whenever you’d like honestly. It’s a pretty versatile film. But my personal love affair with it is when it’s pushed to 800.

How Do You Store it?: CineStill bwXX should be kept in the fridge or in your camera (preferably the latter). Recommended Uses: Use CineStill bwXX for indoor portraiture; that’s how I’d use it. But it’s also great for documentary style work and just shooting random things. Be sure to also check out our CineStill bwXX review.