I tend to skip a generation when it comes to cameras, so the Fujifilm X Pro 3 is next on my list.

I’ve never found it reasonable to constantly upgrade to the next generation of cameras that come out, and that’s why I’ve been holding out for the Fujifilm X Pro 3. I still own the Fujifilm X Pro 1, and to this day it is in my eyes one of the best cameras ever made in the past 10 years. The image quality still holds up as you can easily make the raw files look like film or have them be really high end. While Sony cameras are what I’d use for most of my work, Fujifilm is what I use for studio projects and for my hobby photography. I’ve always preferred the rangefinder style of cameras as they simply just conform better to my hands.

With all this said, here’s what I want out of the Fujifilm X Pro 3.

Please Keep the ISO Dial Where it Is When the Fujifilm X Pro 2 was announced, lots of photographers complained about the ISO dial. The only good point that I heard about it is from David Schloss at Digital Photo Magazine, who says that it should probably be illuminated. I’d agree with that, but I have no good reason to constantly change my ISO and photography wasn’t designed to do that as it is. If you’ve ever used old film cameras, then you’ll know that this is how many of them function. My beloved Mamiya 6 has this built in and I’ve never found a reason to complain about it. Otherwise, simply set the ISO to auto mode and don’t worry about it.

Fujifilm, please keep the ISO dial exactly the way it is with the Fujifilm X Pro 3. It’s beautiful and wonderful and you can’t do it wrong! With Fujifilm Natura 1600 being killed off, it would make sense for the company to revive it via a film emulsion simulation. The Fujifilm X Pro 3 should include this with its already great list of options. It would make shooting at night even better. On top of this, it’s my belief that Fujifilm should lock it at 5500 daylight since it is a daylight film. But that may be going too far for some that don’t understand how film works but understand that the colors come from scanning, fixing, and printing. 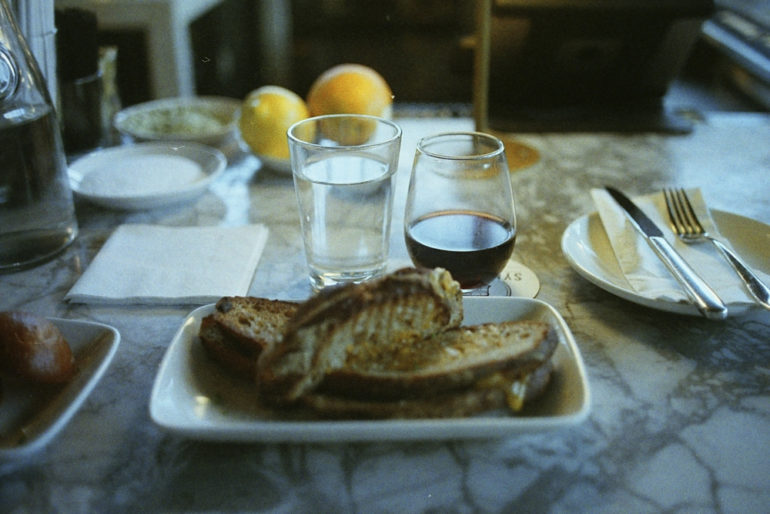 Superia? Really? Yes. Fujifilm’s lineup of Superia film is honestly really fantastic. I still shoot a lot of it because it’s cheap yet very high quality. It’s beautiful for portraits, everyday shooting, etc. So why bring it to digital? My hope is that it’s going to get people excited enough to want to try out Superia. Of course, that could backfire if the Fujifilm X Pro 3 includes this feature.

A Flippy Screen with Touch Capabilities Something that could make the Fujifilm X Pro 3 even better is an LCD screen that moves about. While in some ways this goes against the X Pro rangefinder style philosophy, what I’d really like is a true workhorse rangefinder style camera. This feature would make shooting in different situations easier and it would also make video shooting easier. Speaking of which…

Standard Headphone and Microphone Jacks Built Into the Body Many Fujifilm X Pro users seem to not care about video. In fact, I don’t know a whole lot of people who use it. But I think that this is more because Fujifilm only started to make video a bigger thing with the Fujifilm X-H1. With a proper headphone jack and an equally so microphone jack, it could be great for shooting videos as a workhorse camera. A photojournalist could go from shooting candids one second and then video another. The Fujifilm simulated film grain effect isn’t bad, but it doesn’t look that great in my opinion. When I started to see what Panasonic has been doing with a randomized film grain, it made me think about what Fujifilm should have been doing. In this case, I want the Fujifilm X Pro 3 to add random grain. You’ll really only see this in the JPEGs, and that will translate to better photos that can be beamed to your phone and then onto Instagram. The Fujifilm X Pro 2 has fantastic weather sealing when a sealed lens is attached. But I’d love for it to be even better. I’ve heard about snow or water getting into the bottom and hot shoe of the camera. So please seal those off even more so that we can make great photos in the rain with the Fujifilm X Pro 3. Otherwise, the cameras are pretty perfect as they are.