So as you have no doubt heard, Sony just announced their newest A7 series camera, the A7R III, which features some pretty impressive improvements over the A7R II. Notably, the A7R III retains the same exact 42.4MP sensor as the A7R II but with virtually every other component of the internal hardware of the camera being completely redone. As such, Sony was able to squeeze out every last drop of performance from this sensor.

We have had a chance to play with A7R III and while our full review will come at a later time, we wanted to share these initial thoughts with you now, having been able to get our hands on the camera and even shoot some images with it. It is definitely an attractive camera to photographers looking for a nice combination of resolution and speed without sacrificing much on either end.

So if you are ready, let’s jump into it.

These specs were pulled from our announcement coverage post, which you can find over here if you are interested in learning more about the nuts and bolts of the camera. In terms of ergonomics the A7R III looks and feels almost exactly like the A7R II and all of the other second-generation A7 series cameras do. If you are a fan of the ergonomics and feel of those cameras then the A7R III will work very nicely for you. It is comfy in the hand and has a nice weight to it with the new 24-105mm F4 G OSS. The grip is a bit bigger and the addition of the joystick though is fairly significant otherwise. In addition to that, the mode dial is on the top right vs the Sony a9’s top left. But still, if we are honest, it would be great if Sony spent some more time on designing these A7 bodies to be a little more pretty to look at. They are just so sterile. We aren’t asking them to go full on Fujifilm or Olympus with an overly vintage design aesthetic, but something that looks a bit nicer than the minimalist aesthetic they have going now would be an improvement in our eyes. 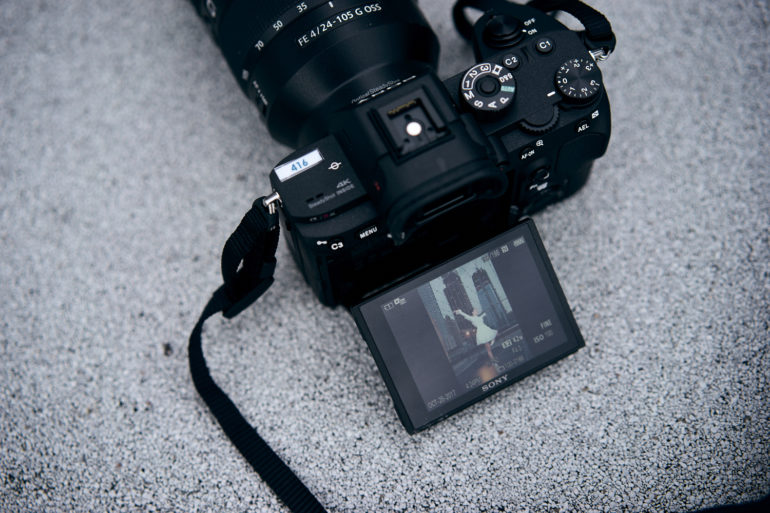 In terms of build quality, as noted in the ergonomics section, this camera feels as solid and well built as every other A7 series camera with this style of body. The buttons and dials all feel great, no loose control dials or mushy buttons. As far as the build quality is concerned we have no issues with the A7R III at all. 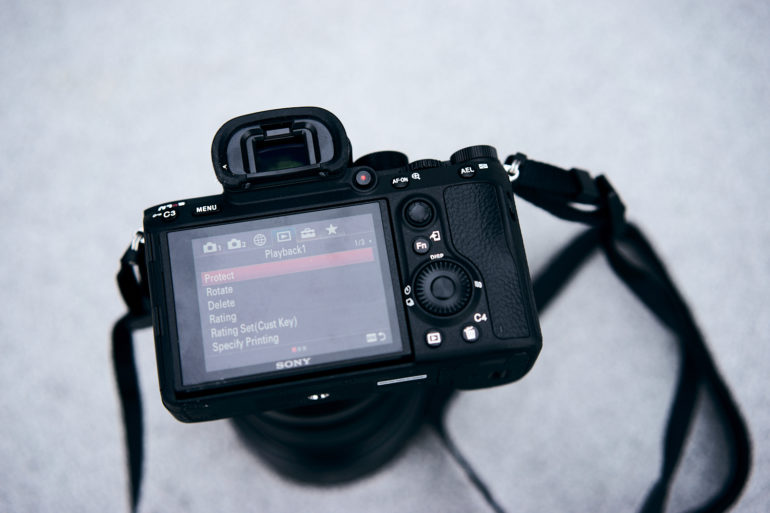 The Sony a7r III also has a touchscreen that is usable only for certain autofocusing and shooting modes. Otherwise, you unfortunately can’t use it to navigate Sony’s ever growing menu system. We were able to do some testing with the A7R III at a Sony launch event here in NYC ahead of Photo Plus Expo 2017, and in that testing, we found the AF speed and tracking to be incredibly impressive. They had dancers and other subjects moving at great speed, and the camera was able to track and acquire focus with absolutely zero problems. The Eye-AF on this camera is also really special. If you are a portrait or wedding shooter who needs to rely on your AF to grab focus on an eye and keep it in focus through a movement or motion then the A7R III will be a camera that you want to look into upgrading to. It is certainly not a feature for every situation, but in the situations where it makes sense, this seems to be a no-brainer tool for capturing tack sharp portraits without having to ever touch an AF point.

Needless to say, we were really impressed by the AF improvement in the A7R III and we look forward to giving it a thorough run through once we get our unit in for the full review. 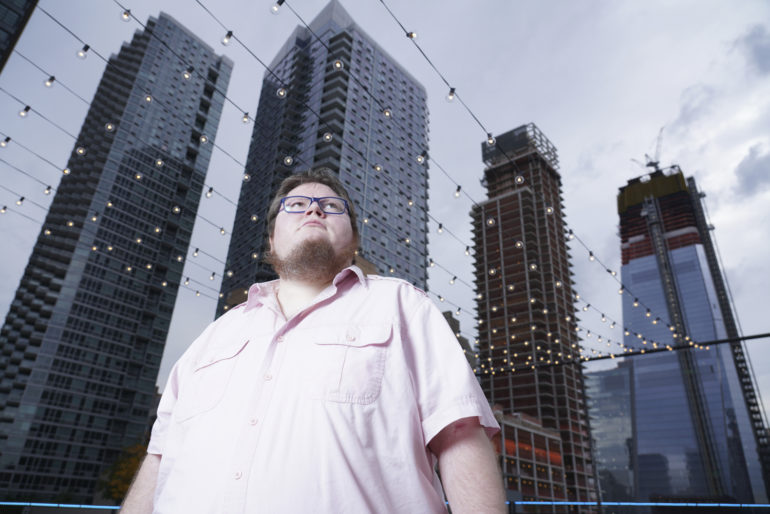 In terms of image quality, the A7R III is truly capable of some of the best looking images you are going to see coming out of a full frame interchangeable lens camera. Standard still images are gorgeous with outstanding dynamic range, tonality, and low noise. In the Pixel Shift mode you are able to get some of the most color rich and detailed images that we have ever seen, and while this feature is useless for wedding and action photographers – for still life and product photographers this feature will be go-to. It may also really assist landscape and portrait photographers, though the latter may in very rare cases due to your subject needing to stand super still.

Additionally, using something like Sony’s Pixel Shift abilities require Sony’s own software to really make the most of it. However, Sony only had it loaded on one laptop during our testing.

We have not had a ton of time to really analyze the files in-depth in various situations and scenarios, so we will leave out full image quality thoughts for the full review, but needless to say, the images we have gotten out of the A7R III have been nothing short of spectacular. What we’ve found so far though is that Sony seems to be applying a fair amount of noise reduction on the high ISO files even when that is turned off.

So to sort of wrap up our A7R III first impressions; we were skeptical of this camera at first when we saw that it was using the same sensor as the A7R II. Generally, when cameras have done this in the past it has been a minimal upgrade at best. But with what we have seen so far, we feel that the A7R III is a significant improvement over the A7R II and is definitely worth the upgrade for A7R II owners may be thinking about upgrading their camera.

This camera addresses virtually every complaint against all attempted professional mirrorless cameras of the past; It is full frame, high resolution, fast and accurate AF acquisition and tracking, low noise, dual card slot equipped, and has a battery that will get most users through an entire day of shooting. Yes, it is expensive, and yes, it is overkill for a lot of photographers – but for those who can make use of its capabilities and who do need the AF, FPS and Resolution combination then this is possibly the first mirrorless camera to really check off all the boxes as well or better than it’s DSLR competition, and that is impressive.