The Best Cameras to Start Getting Serious About Photography With 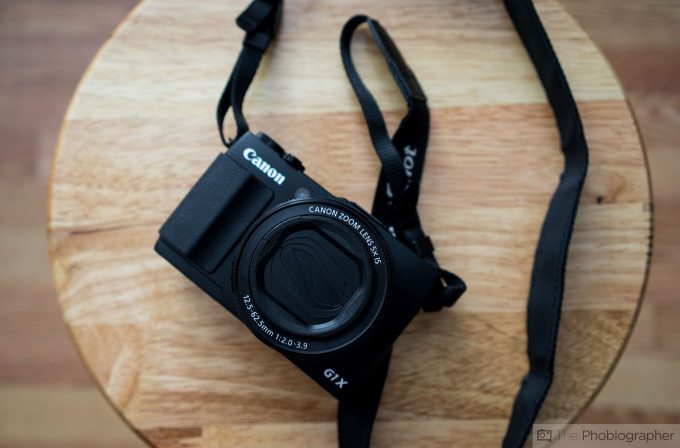 For the person that wants to get serious about photography, know that you don’t need a DSLR or a mirrorless camera or even one with interchangeable lenses. You won’t necessarily get better image quality and for what it’s worth there are other cameras with DSLR sensors in them that give you a more compact size and great performance. That and you won’t need to figure out the big problems like why you shouldn’t put a lens in one pocket and a camera body in the other pocket with no caps (we can hear the experienced shooters shrieking) or like the intricacies of your diopter.

Indeed, there are fixed lens cameras that can do an incredible job that can take professional quality images and that you can probably even do pro-style work with.

Here’s our list of the best cameras that will help you get serious about photography.

PS: Yes, you want pro-quality. But absolutely nothing will make you shoot like a pro except having creative ideas, vision and knowledge in addition to some very good marketing skills. True pros can shoot with anything you hand them. Fujifilm has arguably the best APS-C sized sensor in the market right now and their lenses are also incredible. The X100T has a 35mm f2 equivalent lens that will teach you to shoot the world as you see it. Photojournalists actually use this camera as a backup for real work.

“New users should know Fujifilm’s control scheme is slightly different in that it lacks a traditional mode dial. Instead, the camera’s control scheme is an homage to film cameras with an aperture ring and shutter speed knob you’ll need to rotate to switch between shutter or aperture priority modes, respectively. To turn on program mode you’ll have to go through menus to turn on auto ISO.

It takes a little adjustment to get the system nailed down, but once you do it should become second nature and more intuitive than any digital control scheme.

Fujifilm has also greatly improved its menu system overall adding a customizable quick menu. Users can also toggle on a hybrid mechanical-electronic shutter. Add in the ability to switch the function control pad into an always-on AF point selector and this is the most customizable control scheme’s Fujifilm has put together.” The Canon G1X Mk II still to this date has a sensor inside that gives us the best colors that we’ve ever seen from a camera. With WiFi built in, a decent zoom range on the lens and a tilting touch screen, there isn’t much else that you’ll want.

“As far as high ISO performance goes, the Canon G1X Mk II seems to be about on par with Micro Four Thirds cameras. In essence, that means that it is pretty damned good. Sure, you’ll see grain at 100%–but you’ll see that with most cameras. When posting images to Facebook or your favorite sharing services, you won’t have much of an issue–so don’t worry about it too much.” The Sony RX10 has a large 1″ sensor (for a fixed lens camera) and has the most incredible zoom range that we’ve seen for a camera this compact. It’s also solid at shooting video! Bring this along when you’re on a vacation.

“The RX10 is a fairly easy camera to use. It will, however, take some time to get a handle on the zooming and focusing as it relates to the ring around the lens and the lever around the shutter, and it’s best to decide ahead of time if you want the camera to focus to fixed focal lengths or anywhere throughout the range. The camera might have benefited from an aperture ring with clicks, but not having them is useful for video. Other than that, the menus are intuitive.” Want a classic look and feel with a Four Thirds sensor and a zoom lens in a package that you can easily tote around the streets of Berlin? This may be one of our very favorites.

“This isn’t a camera you’d get for someone who wants to click once and be done with it. The LX100 is a serious compact camera for serious photographers looking for a solid alternative to their main rig. Granted, this could be a good camera to learn on with its fast zoom lens and manual controls, but it is an investment, both in money and time because it does take some getting used to. Though if you’re coming from Leica or Fujifilm, you’ll have an easier time picking it up. Save for the aperture ring being in front of the focusing ring, everything on the LX100 is fairly intuitive.” This is the only interchangeable lens camera on this list, and we choose this one because it’s got a simplistic user interface and if you really want to one day become a pro or extremely serious, the Micro Four Thirds lens lineup is incredible.

“Getting to most of what you want to control is very simple with the OMD EM10. It’s the camera in the family line with the most simplicity to it. Both beginners and advanced users alike will be very happy with the results that they get and the overall user experience. However, Olympus’s menu system may confuse all but the most hardcore Olympus users.

Olympus’s WiFi transmission interface is mostly a breeze to deal with as well save for the fact that it asks you if you want to shut off the camera after each transfer.”