The Fujifilm X100 was the iconic camera that started it all for Fujifilm’s X-series. Two years later the Japanese camera company came out with the Fujifilm X100S with improved autofocus and a second-generation X-Trans sensor making it just a generally faster operating camera.

Now the Fujifilm X100T marks the third entry of the series. It has a long list of smaller improvements including upgrades to the EVF, a bigger and higher-resolution rear LCD, better controls and menus, and an electronic shutter. But at the end of the day the tweaks Fujifilm has made to the sensors makes this the best premium compact camera the company has ever produced while still somehow leaving us hungry for more innovation.

For this review I used the Fujifilm X100T by itself and paired it with an iPhone 6. If you’ve seen one X100 series camera then you’ve seen them all. In fact the X100T’s front face looks exactly like its predecessor save for the little “T” in the corner. The other little change here is the OVF/EVF lever now twists to left to activate and takes after the original X100’s simple vertical nub. Once again Fujifilm has opted for the same 23mm f2 lens that’s been a part of the X100 family from the very start. On the plus side the aperture ring now rotates in 1/3 stops, so no more fiddling around with the the rear dial to get the right f-stops.

Even after so many years it’s still a stellar piece of glass, though we wish Fujifilm would play around the lens a bit more. I would personally love a clutch ring focusing system like the XF 14mm f2.8 lens or at the very least a focusing ring with stops to make the focus-by-wire system feel a bit more mechanical. 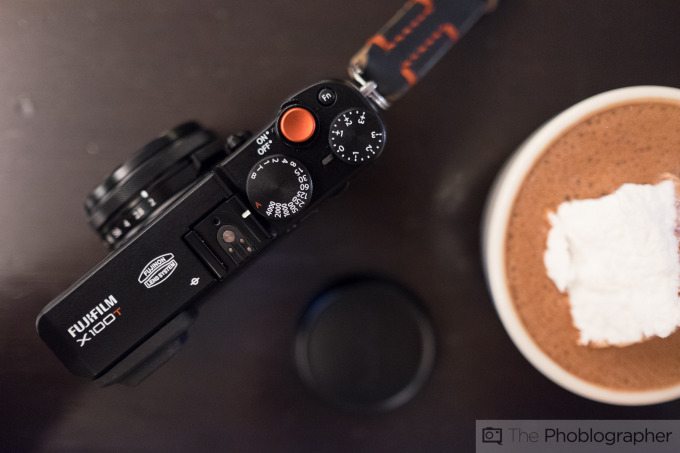 The top plate should also look instantly familiar to any previous X100S or X100 users. There’s a shutter speed dial, shutter release button, fn-button, and the aperture exposure nob which now goes all the way to +/-3 EV. Moving to the camera’s back plate we’re finally getting to a few new differences. Most notably Fujifilm has updated the screen with a larger 3-inch display that stretches across the back of the camera. The new LCD is also higher resolution with 1.036m pixels, more than double X100S’ square-shaped 460,000 dots display.

The old finicky rear switch has been replaced with a proper dial, which still clicks in for a zoomed in manual focus aid. Similarly a rotating control dial no longer surrounds the command buttons. Overall the buttons are smaller but with decidedly stronger clicks and the addition of a dedicated Wi-Fi toggle.

Despite sporting an all-metal body—a mix of magnesium and anodized sheet metal—the Fujifilm X100T weighs in at just under a pound. This makes the camera very easy to tow into a jacket pocket while staying solid at the same time. Now if only Fujifilm would add some weather sealing to make this a truly great everyday carry camera. Wi-Fi connectivity is coming to more and more Fujifilm cameras. First there was the X-E2, then the X-T1 and X30, and now the X100T in which it’s implemented seamlessly with the iOS and Android smartphone apps.

New users should know Fujifilm’s control scheme is slightly different in that it lacks a traditional mode dials. Instead, the camera’s control scheme is a homage to film cameras with an aperture ring and shutter speed knob you’ll need to rotate to switch between shutter or aperture priority modes, respectively. To turn on program mode you’ll have to go through menus to turn on auto ISO.

It takes a little adjustment to get the system nailed down, but once you do it should become second nature and more intuitive than any digital control scheme.

Fujifilm has also greatly improved its menu system overall adding a customizable quick menu. Users can also toggle on a hybrid mechanical-electronic shutter. Add in the ability to switch the function control pad into an always-on AF point selector and this is the most customizable control scheme’s Fujifilm has put together.

One new element Fujifilm has added is a new viewfinder option that’s both optical and electronic at the same time. Flick the front lever to the left and a new miniature screen pops out of the bottom right corner to give you a live view of the focus point complete with focus peaking. It’s a great addition that finally allows you to focus the lens more easily while peering through the OVF. The Fujifilm X100T autofocus system isn’t the most reliable in the world, which is a big problem for a street-shooting camera. More than a few times it would lag and miss the shot even in decent light on a cloudy day. That said, when it does nail focus the X100T is lightening quick and almost as fast as an Fujifilm X-T1 paired with the XF 23mm f1.4 lens. It’s been rather wet in New York for the last few weeks, so I swapped our typical Sunny 16 test with a Rainy 11 scale. Using the slightly tweaked measure, I found the Fujifilm X100T metered perfectly. The image quality you can get of Fujifilm’s X-Trans sensor is really something to behold and the X100T has it in spades. There are very few sensors that produce as vibrant colors while rendering very accurate skin tones. Additionally, it seems that the X100T has picked up some of the Fujifilm X-T1’s impeccable low light performance making this a great camera for shooting in the dark.

Even with all these positive things I have to say about the slightly tweaked X-Trans II sensor, it’s technology that’s nearly two-years-old. What I really want to see is a new sensor from Fujifilm that a few more megapixels or pushes the high ISO output even farther. The X100T comes as a close second to the X-T1 for Fujifilm’s best performing low light shooter. After a few weeks of testing the X100T I found the camera produced usable results up to ISO 4000 before details started going out like a light around ISO 5000. The X-T1 is still king in this regard with the ability to produce clean images even at ISO 6400. What’s even more amazing than the image quality of a X-trans sensor is what you can do with the RAW files. Typically this overexposed image above would have been unsalvageable with any other camera sensor. Yet in Lightroom I was able to tone down the exposure and even save most of the color data from the blown out lights. That’s not to say you should go out and shoot thinking you can fix it in post, but having this flexibility is a nice fall back. 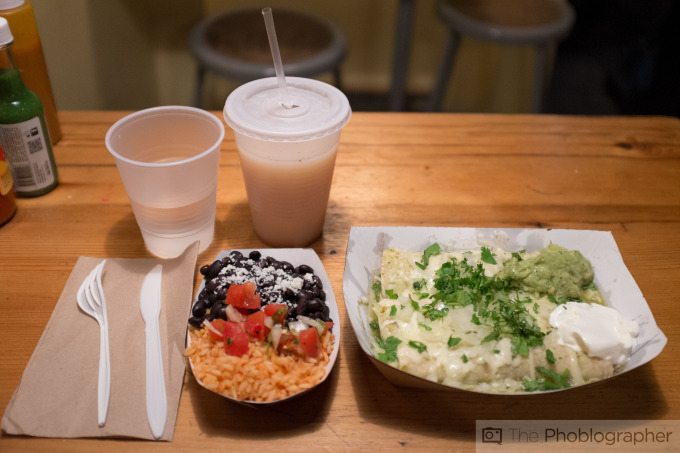 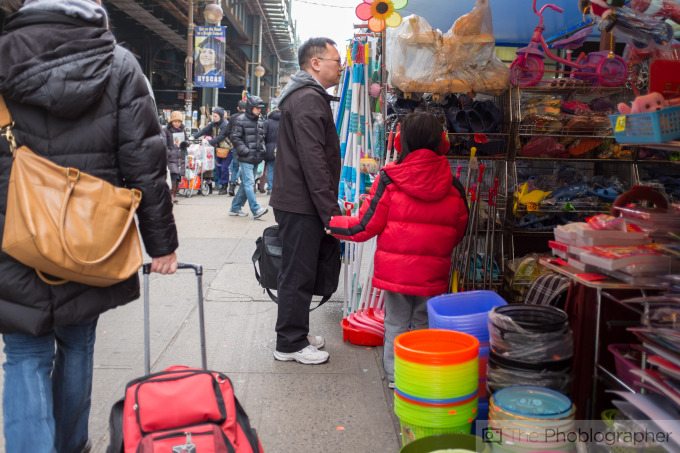 The Fujifilm X100T has been slightly improved in almost every aspect to make it the best X100-series camera ever made. The X100T inherits all the great qualities of the X100s like a built-in ND filter—which does not seem to add any detrimental qualities to images this time around—and a leaf shutter for very quick flash sync speeds. Now with the newly refined camera’s controls, pop out mini-EVF, and a higher-resolution and larger screen adds on even more extras to what was already a great platform.

Despite all these great improvement, I still feel like Fujifilm could have pushed the envelope even farther and reinvented the wheel as it did with the recently introduced X30.

If you’re picking up your first Fujifilm premium compact body this (or the Fujifilm X30) is the one to get. Considering the sensor has not been radically changed there’s not much reason for X100S (or even original generation X100) owners to upgrade just yet.

After much deliberation, I give the Fujifilm X100T a four out of five star rating. You can get yours at Adorama, Amazon, or B&H Photo for a starting price of $1,299