We previously did a full on comparison of the Sony NEX C3 and the Olympus EP3. Now that their raw files can we tweaked in Adobe Lightroom 3, we can compare and contrast their output. Not long ago, we analyzed the EP3’s and then the C3’s. Without further adieu, we present a comparison of the files from the perspective of someone shooting real life—and not some crazy lab test.

Be sure to also check out our full review of the Olympus EP3 and Sony NEX C3.

First off, let’s nail down what dynamic range is. The dynamic range of an image is a measured scale of how much detail can be recovered from the highlights and shadows. Typically, the larger the sensor, the better the dynamic range. The same applies to how large the pixels are. In today’s digital photography world, film still has the largest dynamic range. Just try shooting in black and white and you’ll see how amazing it is.

With these files, I tried to recover the details in the highlights and then tried to boost the shadows without making the image look like an HDR. The above image is from the NEX C3. I noticed that the sky was blown out, so instead of raising the recovery level, I lowered the exposure and then added fill light and vibrance + saturation to try to get the colors back. As we see in the edited photo above it seemed to work for the most part. Here’s the original. The sky is totally lost here. We’ve lost some of the contrast and punch here in this image. Granted we, did as well with the Sony NEX C3, but it’s not as much loss as we have with the Olympus EP3.

Before I declare the winner, I’m going to say that to take the most advantage of a camera’s dynamic range, you need to meter correctly to be begin with. The Olympus EP3 has a more accurate meter, and the Sony NEX C3 tends to underexpose by around 1/3 of a stop. With that said though, one can still amazingly pull lots more detail out of the NEX C3.

First once again, we’ve got the Sony NEX C3 Since we’ve seen that the Sony NEX C3’s dynamic range is a winner, I tried to both tweak the range and the color depth in the above image. 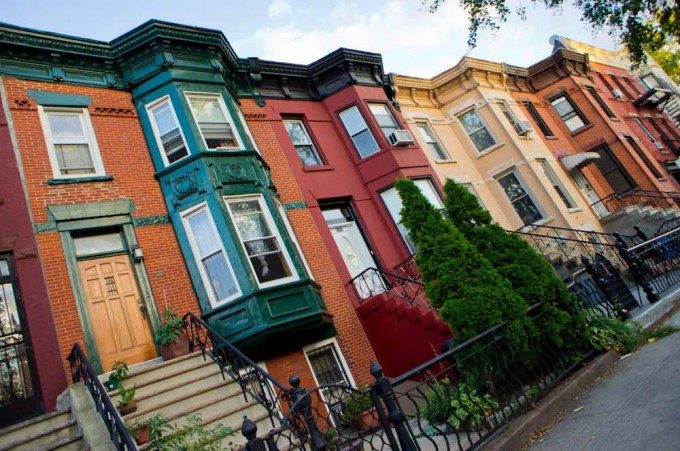 Once again, without making the image look like an HDR, we’ve recovered the sky details and boosted the colors significantly in this scene. In this photo, the colors are fairly muted overall. Despite the fact that it is exposed very well to begin with, it could still use a bit of a boost.

In this photo, I’ve boosted the blue levels while simultaneously lowering the orange levels to neutralize my skin (even if it does seem like a bit too much.) Then I added a tiny bit of fill light. With that said, the details in the lights couldn’t be recovered. In fact, even if you look at them in real life, the lights in the NYC subway don’t have much detail to them to begin with.

Because of these findings and due to how much I needed to push each image, I will declare this a draw between the the EP3 and Sony NEX C3. For clarity, I didn’t need to push the Olympus as much as I needed to the Sony. This image was shot at ISO 6400. Some noise is visible, but let’s see what some noise reduction can do for us. This has helped us to smooth out some of the noise in the street, but the siding on the house still has noise on it. The couple’s skin also looks better now with the reduction. Maybe it’s me, but I felt that this image was more difficult to edit than the Olympus’.

Now for the EP3 For the most part, yes it was saved. And most of the detail is still in tact. Olympus has come a far way with being able to have useable high ISO files.

Despite the fact that the Olympus EP3 puts put a very good fight, at the end of the day the Sony NEX C3 wins. With a larger sensor, more megapixels, and better dynamic range, the Sony files will be less of a hassle to edit because they will need less editing to begin with. With this said though, the Olympus still isn’t bad. Don’t get me wrong—the files are still very versatile. Also keep in mind that this is only a test of the image quality. Want to see the rest of the full test? Check it out here.