Why You Shouldn’t Build Your Photography Site in Flash 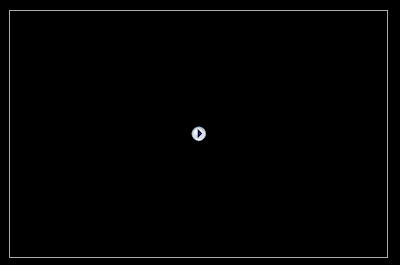 Tons of photography sites are built in Flash. I would almost venture to say that most are.  Although building any site but most specifically a photography site this way makes little sense and less sense all the time, I see them every day. My only explanation beyond people not knowing is that it’s self propelled at this point – as in “everyone else is doing it” syndrome. Well here are a few reasons to consider other options when building your photography site.

You can’t view Flash sites on iPads or iPhones

This recently became my  number one reason, even though it’s also my newest reason. Do you have any idea how many people that hire photographers are looking using an IOS device? I don’t either, but its’ a lot. Creative professionals love macs and anything apple and that includes Ad executives, Photo buyers, editors and a lot of the other people we hope to be reaching. On top of that these devices have reached a lot of people that aren’t normally mac fans and that includes a lot of potential clients that aren’t creative professionals themselves. Basically you’re locking yourself out of a huge number of potential clients – something no other web format does.

Flash sites are difficult to update

Flash sites are difficult to navigate

Yes, a non-flash site that’s poorly designed can be too, but Flash is inherently difficult in this way so you need an extremely good flash designer to overcome these issues. If I click twice on a link and it still doesn’t go where I want to I leave the site. What do you think a busy photo editor is going to do?

A busy photo editor visits your site. She likes your work enough to browse around for a bit, gets to the 25th image in the 3rd section of your site and loves it. She gets called away for a meeting (or decides to go get a quick lunch) so she bookmarks it so that in the afternoon she can call you to negotiate. A few hours later she comes back, clicks on her most recent bookmark and ends up at the front page of your site. Before pulling her hair out she clicks “close window” and deletes the bookmark and by the time she’s thrown those spare hairs in the trash she forgot your name.

Loading quality photos off the web is slow. Loading a Flash site is slow. Put the two together and what you usually end up with is a long scrolling “loading” bar. Look to previous story involving closing windows and pulling hair. If we want to show our best work we’re not going to have the fastest sites on the net, so why make it slower?

Most computers don’t come pre-installed with flash. If someone comes to your site with a new computer before visiting something they already know they care about you just lost another potential client.

So why do people do it anyway?

I already said I think the main reason is bandwagon syndrome. Fine, jump off a bridge, but send me your clients’ contact info first. However there are a few other arguments I’ve heard.

One is that it’s pretty and slick – well the news I have for you is that most anything you’ll see on photography websites that use flash can be done without it – and its’ not that difficult now that there are things like JQuery around to help ease it along.

Another reason I’ve heard is that it protects your images. First off there are fairly effective ways to protect your images without Flash. Secondly there are always ways to get around any protection you add, even with Flash – at best it stops the novice. Third is that most people that steal your images don’t know to remove meta tags and copyrights from the images, so they’ll show up in google images when you search for your name. Most importantly though, unless you have an image that someone other than you could make lots of money from SOLELY on the internet, this is never really an issue – in otherwords if you’re photographing pornography or something illegal you can ignore my argument, but for the rest of us stop worrying about people stealing your images – the occasional time someone reuses your image on the web without permission won’t hurt you and might even help. If your work is good enough the loss will be insignificant and if its’ not then it won’t matter anyway. Just consider it flattery and possibly free promotion.

I can’t think of everything

There might be some other arguments – throw them at me in the comments and I’ll be happy to respond – but at the moment those are the only two I can think of.

What should you use instead?

There are tons of alternatives and I’m happy to tell you that just about any of them will be better than Flash. Here are a few of my favorites though.

My own site sander-martijn.com is built in Drupal. Although I don’t develop sites that often any more (I’m still available though – contact me for a quote) when I do I build them in Drupal. There’s a bit of a learning curve involved in it but if you know html and css it’s not much. Once you build it adding new images to your work or changing your bio and updating your resume are cake. There are tons of plugins available that relate to photography sites including JQuery, slideshows, Lightbox and others (that cool effect when you click on an image and it comes up in an overlay over your site) and many others. Furthermore it’s easy to add a client section with logins to show your client galleries of images you don’t want the public to see or links to zip files for final edit downloads – extremely professional and totally custom. If you want to try doing it yourself I’d suggest picking up a copy of Pro Drupal Development. Oh yeah – it also builds in great SEO options to make sure you’re found in the first place.

This takes a bit of knowledge but not as much as Drupal. If you build it right you can add images pretty easily or edit copy, and if you really know your stuff you can get really good SEO with it too. It takes less work to set up than Drupal but requires more work to maintain after the fact.

This is an excellent option if you have new images really often and write about them too. It’s harder to get it to look as much like a “photography site” than other options but has its’ benefits as well, and you can get one started with almost no knowledge. Both offer options to have it hosted so you don’t need your own server as well as options to host it yourself, and both allow you to have your own URL (like sander-martijn.com). My blog uses blogger  with the custom url thoughts.sander-martijn.com and we use wordpress for thephoblographer.com where I also write.  Take a look at both options and see if either of them give you what you’re looking for.

Another popular option is Joomla! This option is similar in many ways to Drupal. I personally found it kloodgy, buggy and with less options than Drupal but if none of the other things I suggested work for you take a look and see if this meets your needs better.

A final note on other things not to use

In short, don’t use sites that show off lots of photography and bill themselves as websites for photographers. You put yourself in a crowd when you need to stand out for yourself, their licensing terms can be questionable and their business model is not your business model. By all means use them as a way of cross-promoting your work especially if they’re free, just don’t think of them as a professional site option. The sites I’m thinking of include flickr, 500px, facebook, tumblr and many others.