After our Olympus EP3 review, (you guys call it the E-P3, EP-3 or EP 3) we started to get questions in asking us to do tests with Panasonic lenses. I was able to get my hands on the Panasonic 14-42 kit zoom lens and the 20mm F/1.7. Afterward, I did some quick photo tests with the lenses. So are they up to par with the very stellar Olympus lenses?

Now here’s the test with the Panasonic 14-42mm on the Olympus EP3:

Finally, here’s a test with the Panasonic 20mm F1.7 lens on the Olympus EP-3:

So what are the differences? The 12mm F/2 is an MSC lens designed to work with the brand new FAST AF system in the Olympus cameras. Is there a noticeable difference in the focusing speed? For most people, not really. For street photographers and candid shooters, heck yes there is.

Indeed, the MSC lenses seem to be the creme-de-la-creme of Olympus’s Micro Four Thirds mount (at least the primes do). 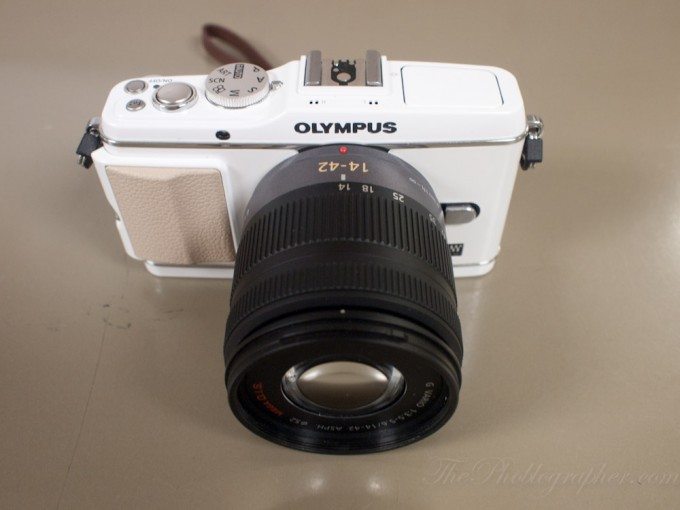 Most micro four thirds users believe that their cameras should have small prime lenses in order to make the best out of the system. So when the 14-42mm was attached, I used it like a prime lens for most of the time. Maybe it’s just my eyes, but the color rendering from this lens seems much deeper than with the Olympus lenses, though it’s not at sharp. Despite this, I’m positive that most photographers wouldn’t be able to tell the differences in the lenses. What matters most is their real life performance. The 14-42mm seems to be a lens designed for the casual photographer crowd. Most lovers, high end enthusiasts and even professionals will much prefer the smaller pancake and other prime lenses. So for the casual crowd, these lenses are good enough. With that said though, I’d advise that the casual crowd go for the lower end camera bodies like the Olympus EPL-3 or even the Pen mini. Seen by many as one of the best lenses ever made for the Micro Four Thirds system, the Panasonic 20mm F/1.7 is owned by many. First off, note that the lens immediately turns the sensor into a light sponge. The super fast F/1.7 aperture lets you lower the ISO levels down a bit. We’ve seen that the EP3’s sensor is already very decent at 1600 and above. Now, even if you have the use those ISOs, you’ll be able to shoot at a faster shutter speed with the faster aperture. With this lens attached, I noticed that the Olympus sensor started to go back to its old tendencies of rendering colors in shades of blue. If you don’t mind that (especially if you’re shooting in RAW) then you shouldn’t face a problem with this. Conversely, the 12mm F/2 rendered images to be very accurate and lifelike. Something that I did suffer from though was camera shake combined with the thinner depth of field. As you know, this is a recipe for disaster when trying to take photos in low light. You can see this in the photo above. I tried to focus on the words around the lens, and they ended up a bit soft.