For many years now, photographers have thought that the Nikon D7200 and 7000 line in general hasn’t been a true successor to the Nikon D300s. While Nikon has stated that there will be no D400, an interesting forum thread was started on Fox2. The New Camera reports that it will sport a 24.3MP APS-C sensor at the heart.Additionally, it’s possible that it will have a 51 points AF system, ISO range up to 51200, and will also supports recording 4K UHD.

In some ways, it makes a lot of sense as Nikon has been pushing the megapixel count on their APS-C sensors–and so has the industry in general.

If a new flagship APS-C camera arises, it’s also bound to include tougher weather sealing and will perhaps be hyper targeted the way that the Canon 7D MK II was. That camera was really, really targeted at bird photographers–and those are the pros that really love their APS-C DSLRs and lens collection.

If the Nikon D400 comes in September the way that the reports are saying, then it will be right before Photo Plus 2015. If you’re an owner of an older Nikon DSLR and refuse to upgrade, note that the company is helping you out in at least one way. First off, you’re getting a new firmware update today if you’re a D300, D300s, and D700 user. The firmware update details state, “Support for the AF-S NIKKOR 800mm f/5.6E FL ED VR has been added.”

Nikon is also giving a firmware update to their P7700 camera users. The fix has to do with the ISO being locked in at 80 when set to Auto ISO, the camera set to manual and a speedlight in the hot shoe. We’re not sure who exactly is doing this, but oh well!

All firmware updates are available at their according links in this piece. I’ve enjoyed my time with the Nikon D7000. It is a quick, easy-to-use camera, with comfortable controls and a nice set of features. Nikon has created a compelling new lineup of cropped-sensor “prosumer” cameras, with the D3100, D5000, and D7000. The D7000 gives up only a little ground to its D300s big brother, including a beefier body, faster frame rate, more autofocus points, and a few ergonomic upgrades (like a dedicated autofocus button). The D7000, however, doesn’t feel dumbed down or cheap. It has proven to be a great camera, one that I was happy to have along to both professional shoots and family outings.

END_OF_DOCUMENT_TOKEN_TO_BE_REPLACED I’ve enjoyed spending time with our new Nikon D7000. It’s a great camera with a thoughtful and innovative feature set. It is thoroughly capable and easy to operate. Nikon has used the camera to start a new naming convention and also to introduce a couple control layout changes that show this is a carefully designed offering from the company. END_OF_DOCUMENT_TOKEN_TO_BE_REPLACED Go to DXoMark, and try this out yourself: you’ll see that the Pentax K-5

has beat out the Canon 5D Mark II

DSLR cameras with full frame sensors. Mind you, the K-5 has a smaller APS-C sized sensor. After that, pit the K-5 against the Nikon D300s

and the Canon 7D

and you’ll start to become even more amazed. Not long ago, Pentax disappointed many of their customers with the K-7. Then the K-x

came out and it began to wow them. After this, the company released the 645D along with the Pentax K-r

and the K-5. With the results of what the new sensor is capable of, it seems that the company is poised to fight back. The cameras now rank very high up on DXo’s highest score listings. More after the jump.

END_OF_DOCUMENT_TOKEN_TO_BE_REPLACED 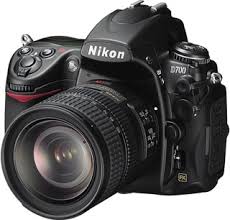 With the features packed into well received D7000, one can only begin to wonder what the D700 and D300s will have. Will the ISOs go into an astronomically insane number? Will Nikon finally fulfill the clamors of their customers asking for more megapixels? What video frame rates will be available since the D300s’s were essentially null? When will they be out?

Let us know your thoughts in the comments below. Also be sure to remember that there are rebates in effect.

It’s official, amongst the top searches on this site are Canon 7D and T2i reviews. Now, there is a rebate available until November 24th. If you’re interested in getting your hands on some Nikon goodness, you may also want to check out what B&H has available until October 30th. We had hands on with the D3100 before: check it out if you’d like. Take a look and help support the site.

Both the Nikon D300s and the Canon 7D have been reviewed in different situations and at different times. However, when a review is complete, there are still issues that arise with the cameras way afterward. After using both for a prolonged period of time, this is the posting that will weigh the pros and cons of each camera against one another after they have been used in conditions and situations that most users of these cameras will find themselves in. Further, problems that did not arise before will now be noted.

END_OF_DOCUMENT_TOKEN_TO_BE_REPLACED

The Nikon D300s review has been completed for a while now and so I am not taking my time to type up my complete thoughts on the camera along with post all links in the review diary. My conclusions are after the jump.

END_OF_DOCUMENT_TOKEN_TO_BE_REPLACED

I Miss My Cinematography Days

Bromance- A Mockumentary from Chris Gampat on Vimeo.

If you’ve followed my work for a long time, then you probably know that I’ve forever been both a video and photo guy and depending on what the industry demands out of me, I lean more towards one or the other. That being said, I really miss the days where I used to crank out great video. Granted, those were my college days and I’ve graduated almost a year ago so things are much more serious now. And now that I’ve got the Canon 5D Mk II and temporarily have the Nikon D3s and D300s in my hands, I’m going to try to work on putting together some more videos if possible.