Can the Awesome Canon EOS R Replace Your DSLR? We sincerely love receiving emails from our readers, especially when we’ve helped them and they’re curious to learn more. So that’s what happened recently with Bryan, who consented to me turning our email into a blog post. He’s owned the Canon 5D MK 4 for years, and after reading our Canon EOS R review update, he’s curious about making the move to mirrorless. But will it work for him?

END_OF_DOCUMENT_TOKEN_TO_BE_REPLACED All images by Tom Hagen. Used with Creative Commons Permission.

Some of the best things in photography are metaphors that spur imaginative thought and add a sense of creativity beyond just simple capture. That’s what Tam Hagen’s The River Veins does for us. Tom, who created the series using a Canon 5D Mk IV, is the man behind the series that is making us think more, not only about how it was exactly done but also about the many implications behind the series.

END_OF_DOCUMENT_TOKEN_TO_BE_REPLACED

Party Time! 10 Cameras With AF That Can Handle The Dance Floor If you are an event photographer of any sort, be it a wedding or other gathering, chances are good that you may find yourself in a low-light situation pretty regularly. In a fast paced low-light environment your camera’s AF is critical to achieving quality images in that sort of setting, and as we all know, not all cameras are created equal when it comes to low-light AF.

So, what camera(s) should you be considering if you know that shooting a party is a likely scenario for you? Look no further, we’ve got you covered. END_OF_DOCUMENT_TOKEN_TO_BE_REPLACED Canon, Nikon, and Sony have always been at each others’ throats when it comes to full frame DSLRs; but only recently did Pentax also finally step into the game. The Canon 5D Mk IV, Pentax K-1, Nikon D810, and Sony a99 II are all fantastic cameras. They perform well on their own accord and we tried to figure out which one is the best of the bunch.

END_OF_DOCUMENT_TOKEN_TO_BE_REPLACED 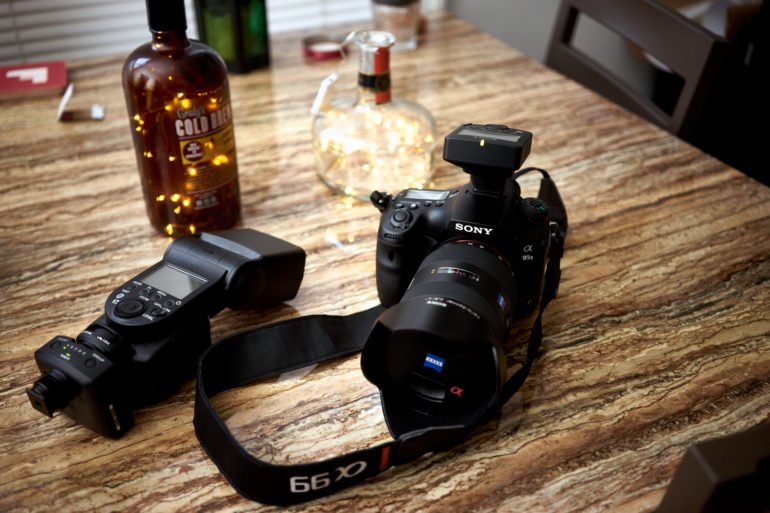 In some ways, it perplexes me that Sony still has the a99 and Alpha series of cameras. Sure, they’re from the Minolta days and have a heritage behind them, but admittedly the company doesn’t push them anywhere as hard as they do their E mount lineup. I wish they did though–Minolta was at one time one of the most important camera companies in the world. So if you look at the Sony a99 II and trace its evolution, you honestly won’t see a whole lot of that heritage sans the mount. But this could arguably also be said for the original a99 with the new hot shoe. In all honesty though, that choice was for the better.

The Sony a99 II is a camera packed to the brim with technology. If you’re not convinced by the high megapixel full frame sensor, then you’ll be shocked to know it’s also capable of shooting sports and fast motion very well with its highly improved autofocus system. Indeed, this is the best that Sony can deliver.

END_OF_DOCUMENT_TOKEN_TO_BE_REPLACED

This review of the Canon 5D Mk IV has been really, really delayed. I’ve had chances to play with it, but I don’t feel that it was enough to truly give a formalized evaluation. For that reason, I tend to want to spend more time with products than other reviewers. Something is always bound to go wrong or you’re bound to discover something that doesn’t make sense at all. With the Canon 5D Mk IV, a whole lot made sense. The camera won’t do what its predecessor did for the industry years ago, but at this point it’s a workhorse camera that truly can’t be changed much. Working photographers everywhere would have a minor freakout if there was a massive change, right?

Honestly, I doubt it.

END_OF_DOCUMENT_TOKEN_TO_BE_REPLACED For years, the saying used to go something like “You go to Canon for the glass, and you go to Nikon for the cameras.” But as technology has progressed, it’s debatable that both companies are making solid products if that whole statement isn’t swapped. While Canon’s lenses don’t score the highest numbers at DXOMark (except in sharpness where they take a big lead), you can’t exactly sit here and fault a lens like the Canon 16-35mm f2.8 L III USM. Websites around the world can sit here and measure things like sharpness, distortion, vignetting, etc. But they can’t measure things like bokeh or pure character that a lens like this can deliver. As the third update to the popular Canon lens, it begs the question as to why Canon hasn’t decided to go wider to properly compete with the Nikon 14-24mm f2.8 G option. Instead, you get some overlap with the 16-35mm, 24-70mm, and the 70-200mm lenses. Even if you went with something like the 11-24mm, you’re going down to f4 instead of f2.8.

Then you remember something: photography isn’t always all about the numbers.

But with weather sealing, some incredible sharpness, and overall great quality to the lens, Canon is showing the new school of photographers that they’re not going to go down without a fight to the likes of Sony.

END_OF_DOCUMENT_TOKEN_TO_BE_REPLACED If you were to tell me that I would honestly fall in love with a Canon lens like the Canon 11-24mm f4 L USM earlier this year, I would’ve told you that I’ve had my heart broken by the company many times in the past few years since the Canon 5D Mk III came out. But when I had the chance to play with the Canon 11-24mm f4 L USM, I was rather excited by its output. Not because Canon flew me and a bunch of other journalists out to the Hot Air Balloon festival in New Mexico, but because when it was first announced I was honestly intrigued. The lens is billed as being completely and totally rectilinear–and when bringing the images into Adobe Lightroom, Adobe’s algorithms seemed to agree.

As one of the company’s wide angle zoom lens options, this is a lens designed for architecture, real estate, and landscape photographers. Instilled with Canon’s weather sealing present in most L lenses, it’s an optic that you’re bound to enjoy if you love shooting wide.

END_OF_DOCUMENT_TOKEN_TO_BE_REPLACED END_OF_DOCUMENT_TOKEN_TO_BE_REPLACED

It only makes sense that the successor to one of Canon’s most popular DSLRs will be boasting internal 4K video recording–or at least that’s what Canon Rumors states. Many photographers have been working with their clients to provide both stills and video; although it’s not always so simple to be able to provide both. But when you combine this with the fact that Canon’s autofocus in Live View is spectacularly fast (at least it is in the 80D that I’m currently testing) it may make the next 5D camera quite an attractive option.

Many video teams rely on the 5D series and probably will continue to even if they don’t hack it. But maybe they’ll also include some sort of RAW video recording ability.