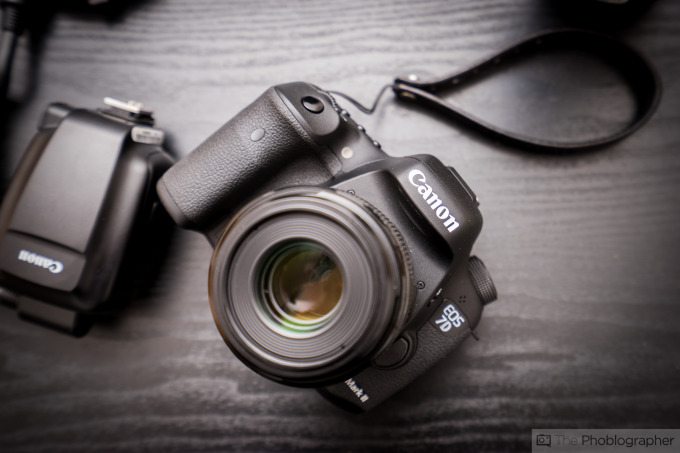 Who doesn't love saving some money, right?! We sure know we do, regardless of whether it is on bubble gum at the corner store or on some sexy new camera equipment from our favorite online retailer. There are always deals to be had and this week we have some great ones on big name products like the Canon 7D Mark II and Sony FE 55mm F1.8.

END_OF_DOCUMENT_TOKEN_TO_BE_REPLACED Yes, we know–we’re late with this one. But better late than never.

Canon’s 70D is the company’s mid-level APS-C DSLR that is quite a rocking offering if used correctly. With a brand new dual pixel and phase detection system that allows for great tracking in Live View mode, Wifi connectivity, and a camera body that is easy to hold and fairly durable, it offers the customers stepping up from a Rebel something a bit more.

But it’s got one big disappointment.

END_OF_DOCUMENT_TOKEN_TO_BE_REPLACED For a little while now, camera companies have been putting phase detection sensors on the camera’s imaging sensor pixels to make autofocusing faster and more accurate. So far, the one company that seems to have been doing it best is Canon with their Dual Pixel AF technology. This technology is present in their 70D camera and is quite good at focusing on subjects.

But 43Rumors found a patent that might be even better. The 70D covers around 80% of the sensor when it comes to focusing with the Dual Pixel AF technology–and to one up them Olympus’s patent describes the ability to focus using every pixel.

Now let’s think about this practically for a second here. We’re in the middle of reviewing the Olympus OMD EM1; and one of our complaints about the otherwise stellar camera is the fact that we want more autofocus points and we want the ability to make them smaller than the current boxes that the company allows. If this technology is brought to the mass market, then the company will need to figure out a way for consumers to utilize it better; and in the end that will mean more AF points that may cover the entire imaging circle area. If the technology is being aimed at the true professional, it might break one focusing point down into four smaller ones.

But that could all just be wishful thinking. Sigma recently updated one of their most famous and well designed lenses: the 30mm f1.4. If you weren’t familiar with this lens, it is amongst the most recommended pieces of glass for APS-C DSLR photographers. It renders the near equivalent of a 50mm field of view depending on what camera you’re using. This lens has always been known to be sharp, compact, and permanently attached to the camera of some photographers.

Then, Sigma decided to make a good thing better. And today, we have the second version of this lens–which is now included in their Art lineup. Upon receiving our review unit though, we were treated to a very delightful surprise.

END_OF_DOCUMENT_TOKEN_TO_BE_REPLACED According to the latest readings over at DxOMark, the website’s exhaustive lab tests are stating that Canon’s new 70D is just a tad better than the previous 60D and the flagship 7D in terms of sensor performance. And where this all seems to really count is in the high ISO performance with some variance in the dynamic range. A post on Reddit showcases a Canon user who is angry about this as Nikon’s newer cameras always outperform its predecessors by far.

So what does this actually mean in real life? Well, if you’re not going to use Canon’s new Dual Pixel AF for video recording and instead just going to take still images, you’re probably just going to get better high ISO performance over any of the other options. The 7D is still better for mostly everything else, though the 70D does have the 7D’s autofocusing.

After the jump, check out the comparison against the aging 5D Mk II and the 100D, otherwise known as the SL1.

END_OF_DOCUMENT_TOKEN_TO_BE_REPLACED

Canon’s 70D Will Be Able to Track Your Kid Running Around Like a Maniac, While Being Cute When we first played with the Canon 70D, we were quite impressed with how well it tracked moving subjects and how fast it did so while in movie mode. The camera uses phase detection to do so and can do it for around 80% of the imaging sensor using its Dual Pixel AF CMOS sensor. During our demo, we weren’t able to show you how fast it was but now some videos are popping up around the web.

We’ve got one video below after the jump. But notice just how quickly it tracks the kid running and moving towards the camera. To do this otherwise, one would need to use a professional focus puller and perhaps focus peaking.

END_OF_DOCUMENT_TOKEN_TO_BE_REPLACED 43Rumors reports about a Panasonic patent that describes a new camera sensor with integrated phase-detection, similar to that of the Canon 70D. Unlike Canon’s sensor, though, it appears that the Panasonic patent does not make use of juxtaposed photosites, but rather of the fact that different light wavelengths travel to different depths of the sensor’s silicon structure. In the image reproduced above, it appears that the phase detection sensor is positioned behind the actual imaging sensor, and makes use of residual light that passes through the imaging sensor. This is basically the same phenomenon that Sigma’s three-layer sensors make use of.

END_OF_DOCUMENT_TOKEN_TO_BE_REPLACED

The Brand New Canon 70D Is Available for Pre-Order; Check Out Our First Impressions It seems like loads of you are excited by the new Canon 70D. Guess what: it’s available for pre-order from Amazon, B&H Photo, and Adorama. We’re waiting for a review unit.

Be sure to check out our first impressions before you make a purchase. Guess what: it’s available for pre-order from Amazon, B&H Photo, and Adorama. We’re waiting for a review unit.

The rumors have been around for a while, and today the cat is finally out of the bag. Canon is announcing their brand new refresh to the Canon 60D–and of course it is called the 70D. The new camera boasts a couple of major improvements such as a slightly larger sensor (but still a 1.6x crop) to accomodate to the 20.2 MP on it, phase detection at every single pixel which translates to awesome focusing in video mode, 7fps shooting, and Micro Adjustment. The latter was a big faux pas of many people that wanted to upgrade to the 60D but didn’t.

The phase detection autofocus comes from Canon’s new Dual Pixel AF technology, which is explained in a graph after the jump.

Be sure to check out our first impressions of the new camera as well.