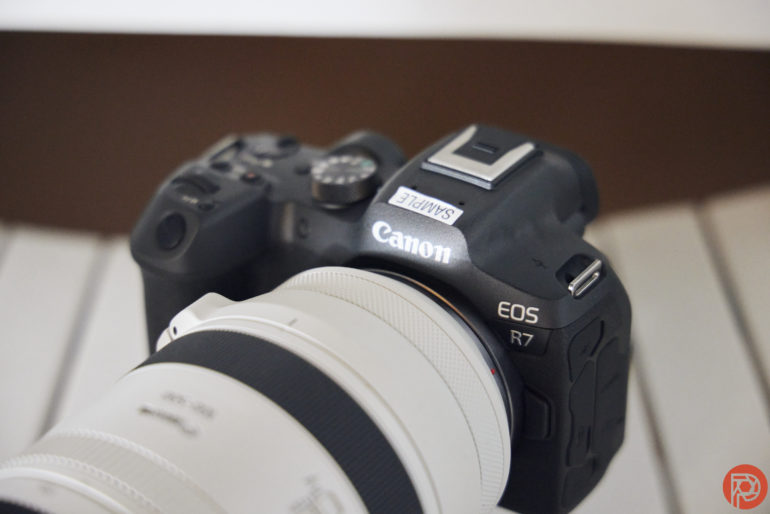 We’ve said it many times: lenses are more important than your camera. And there’s no exception to that rule with the new Canon APS-C cameras. The Canon RF-M lens lineup should strive to not only appeal to a customer base seeking cheap thrills. But the lineup should include higher-end lenses. Canon, years ago, had a 17-55mm f2.8 lens. Considering what they’ve done for the L-series of RF mount lenses, they should give the same treatment to RF-M lenses.

Granted, if anyone at Canon is reading this, I doubt it will be truly internalized. But I’m a Canon customer. And with my currently testing the Canon EOS R7, I feel like this is what the system is really lacking. A part of this is how Canon approaches lens design. Canon refuses to make any lens that’s not an L-series lens weather resistant. But with the Canon EOS R7 being so durable and having weather resistance, I truly wonder if they’ll consider either changing their minds or making L-series lenses just for APS-C cameras.

It’s a very old-school idea to treat APS-C cameras like younger stepchildren or vegetables next to a medium-rare steak on your plate. They both deserve equal love and APS-C cameras are insanely capable.

The reality here is that Canon APS-C cameras are new to the market. They have access to a ton of wonderful full-frame lenses. We’d know, we’ve reviewed pretty much every single one. But the APS-C lineup is still being built out. So what could they use? Here’s a list of what other manufacturers do:

To be honest, though, I don’t think that the latter idea works very well with APS-C cameras. And specifically, it would work very badly with Canon APS-C cameras. The reason for this is because Canon chose to stick with 1.6x crop sensors. When I tried to ask Canon about this during the Canon EOS R7 press briefing, I didn’t get a chance to because I was interrupted by a YouTuber on the trip. They had a chance to redo things, but decided not to. F2.8 lenses will render not enough of a shallow depth of field on Canon APS-C cameras as a result.

Canon is also trying to appeal more to content creators, and faster zoom lenses could make this much more of a tempting purchase for that crowd. But even beyond content creators, photographers don’t all necessarily want the weight and heft of full-frame. We also have to remember that the lenses can be equally as mammoth. However, a lot of us understand the value of weather resistance.

Even if Canon doesn’t make these lenses themselves, I truly hope that other manufacturers do and that Canon doesn’t find ways to continually screw them over in subtle ways. Back in the DSLR days, Canon would find little ways to mess with Sigma and Tamron when their lenses were attached. So the third party manufacturers, who tried to help Canon solve a problem, would get completely sidetracked with a weird problem. Nikon did the same thing. And truly, I hope that this doesn’t happen anymore. If Sony has taught the industry anything, it’s that we can all work together to build a better system.

If we’ve learned anything though, it’s that Canon is a conservative company that’s slow to adapt to things. But I really hope that changes.