The Real Story of the Leica CL “Mount Everest” Set 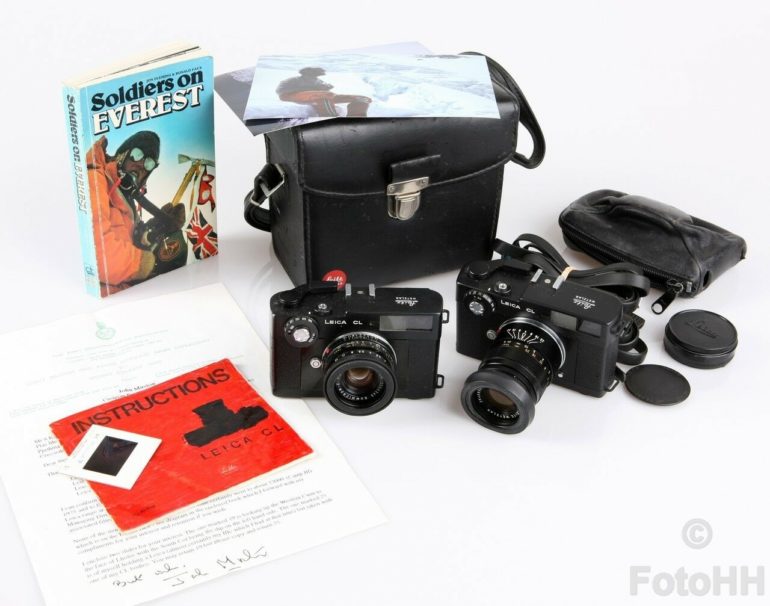 We’re not talking about the digital Leica CL, but the original that was made with Minolta.

There are tons of stories of how Leica cameras have survived crazy encounters. Just recently, Photojournalist Gabriele Micalizzi was severely injured in Syria and was saved by his Leica Cameras. But what we’ve found today are affectionately called the Leica CL Mount Everest Set. Going for just under $10,000, these cameras saw an enjoyable part of history. In the 1970s, going to Mount Everest wasn’t anything like it is today. These days, you’ve got access to Wifi, toilets, and a whole lot more. But back then, it was all about pure endurance. And you needed gear that could keep up with you. The Leica CL itself has a fascinating history and was sadly discontinued for one of the worst reasons I’ve ever heard.

The Leica CL was a collaboration between Minolta and Leica. They worked together to design the smallest Leica M mount camera possible. It had a light meter and a few other quirks. They’re the only Leica cameras with a 40mm frame line. They also have the shutter on the front instead of on top of the camera. The way the light meter works is also unconventional. It resembles a needle moving from one point to another. There were a few variants, including the Minolta CLE and the Leitz Minolta CL. Today, they’re still the most affordable Leica M cameras. And like most of the others, they’ll work just fine without a battery in it.

We’ve used the Leica CL in the rain before. Ours continued to keep working with no faults. And we’d expect nothing else since these two went to Mount Everest. According to the eBay listing:

“These 2 CL’s with serialnumbers 1301703 and 1307836 and their lenses, a Elmar-C 1:4/90mm with serialnumber 26408309 and summicron 1:2/40 mm  with serialnumber 2554245 have been used during a British Army expedition to the Mount Everest in 1975/76. The CL was just introduced at that time and the managing director of Leitz UK asked both these adventurours to take these camera sets with them on that journey. Included are a letter confirming that these cameras were used for that purpose and also the book which has been published with the pictures taken as well (as an original slide from the trip to the Mount Everest). With camera bag, user manual, camera strap, front and rear caps. “

Even more interesting, they come with a letter from John Muston of the Army Mountaineering Association. He confirms that these two cameras are the ones he used when he went to Everest. He admits to not going to the summit with them. But they still went very high up there.

The set comes with two Leica CL cameras. One has the very excellent 40mm f2 and the other sports the 90mm f4. The 40mm f2 is still said to be one of the sharpest lenses that Leica ever made. And if you put it on a digital camera, you’ll see that. Alternatively, load a camera up with Kodak T-Max 400 or Fujifilm Acros 100. And you’ll see how stunning the lens is even today. The set also comes with some paperwork detailing the original sale of the items and verification. The papers are fundamental for the authenticity of the pieces.

Now would you use these? I don’t know. Personally, I think they’re way too valuable pieces of history to be used again.

All images from the listing by Leica-store-lisse.