You’ll Learn Something New From This Street Photography Masterclass 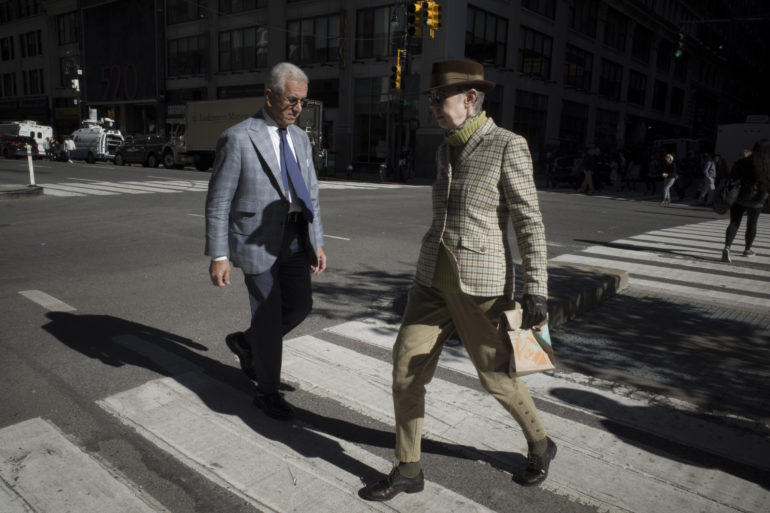 Thorsten Overgaard’s Street Photography Masterclass will give beginners the most to chew on.

“You have to find a balance of taking photos; not too many, not too few,” says Thorsten Overgaard in his street photography masterclass. And honestly, this course is evidence of that. If you’re all about reality, then Thorsten Overgaard shoves a ton of it into his Street Photography Masterclass. Available as part of the current 5 Day Deal, you’ll get this course along with a ton of others. You can skip around to various parts. And best of all, you’re bound to learn something no matter what. As a 12-year photo veteran, I even picked something up.

There is a lot for beginners in this course. And if you only know the basics of your camera, Thorsten finds a way to get you to understand what’s going on. But if you’re more advanced, you can skip this part. The most challenging technique that new photographers will grapple with is zone focusing. So just to help you out, we’ve got our very own video on doing this. But Thorsten puts it a bit hilariously. He says that you’re not going to focus and then try to manually touch it up. However, he says it sloppily and confusingly that emulates precisely how someone will go about trying to get a shot without zone focusing. And it’s a brilliant delivery. He also shoots in burst mode. I haven’t seen many Leica shooters do this except for Jonathan Higbee. If you’re just getting into street photography, you’ll probably want to do that. This section, along with lots of the other bonus content, is excellent for beginners. It includes explanations of ISOs, shutter speeds, apertures, etc. To be fair, you can learn most of this on YouTube. In fact, this course overall benefits beginners the most. That doesn’t mean that there aren’t nuggets for other street photographers.

These tutorials may probably appeal the most to Leica users. So if you’re using an autofocus camera system, you’re best off with continuous autofocus or tracking. It depends on what you’re working with.

Additionally, try to keep your ISO at a high setting and shoot at least 1/500th if you’re standing still. If you’re walking and shooting while someone else is walking, get a shutter speed of at least 1/1500th to stop the motion. Combine this with stopping your lens down, etc.

Perhaps the most insightful thing that everyone can appeal to is light. His segment spent discussing available light is eye-opening even for a 12-year veteran photographer like me. Thorsten is all about embracing the light for what it is. Where I’d try to expose for my subject, Thorsten exposes the entire scene and embraces the drama. If something is too dark, he is alright with it. In this segment, he discusses things like 30% grey. The most advanced of us will understand that, but I doubt anyone who came up in the past few years will get it. Using Thorsten’s technique, you’re looking at the light instead. So when someone moves into the light, you shoot. Combine this with zone focusing, and you’ll be faster than a Sony a9 II. He likes using the EVF that you can buy for the Leica M10. And I’ll admit that that’s a fun way to shoot too!

Thorsten mostly shoots in black and white modes. This gives a very classic feel to NY. But the color modes can also give you nice effects. The wonderful thing about NY is that there are tons of reflections off the buildings. These help with lighting. But our grid system also makes it pretty easy to shoot. My favorite thing to do is to shoot around subway stops or where people congregate.

One of the most fun parts of the course is Thorsten’s section on staying inspired. He takes a model out in the streets of NY and works with them as they’re moving. That’s where zone focusing really shows what it can do. This goes into his Brooklyn street session. That’s when he gets some cool stuff. And switching from Manhattan to Brooklyn undoubtedly inspired Thorsten a lot. It’s evidence that you’re not always going to get the best photos each and every time you go out. But instead, you’ll understand that it’s a process. And you can’t give up.

Thorsten keeps working the Brooklyn angle. And that’s where I’ll admit that he creates his best images. However, I’ve got my own personal critiques about the street portrait session. I don’t think he did the best job here. And I say this as an EIC that’s literally been doing it for many years. He’s using available light, which is fine. But he needed a much different location. Thorsten also doesn’t do enough to pose his model and work with her. And one of the biggest things about working with models is that you’re collaborating. But you also need to give tons of guidance.

Overall, Thorsten’s course is a bit roughly presented too. He does it in Central Park, NY, during the winter for some of it. And the winds are strong. They sometimes cut into his microphone. Further, the example photos aren’t Thorsten’s best. And I don’t think that we can expect bangers from him each and every time. That’s impossible to ask of anyone. However, it’s up to you to create the gorgeous images that outdo those of the past. It gets better as time goes on, though.

I’d recommend the Street Photography Masterclass by Thorsten Overgaard for anyone that wants to get into street photography. We’ve found that in the pandemic that lots of new photographers are popping up. And this is your best bet at some solid instructional. You can get it as part of the current 5 Day Deal along with a ton of other goodies.

Screenshot is taken from the course.