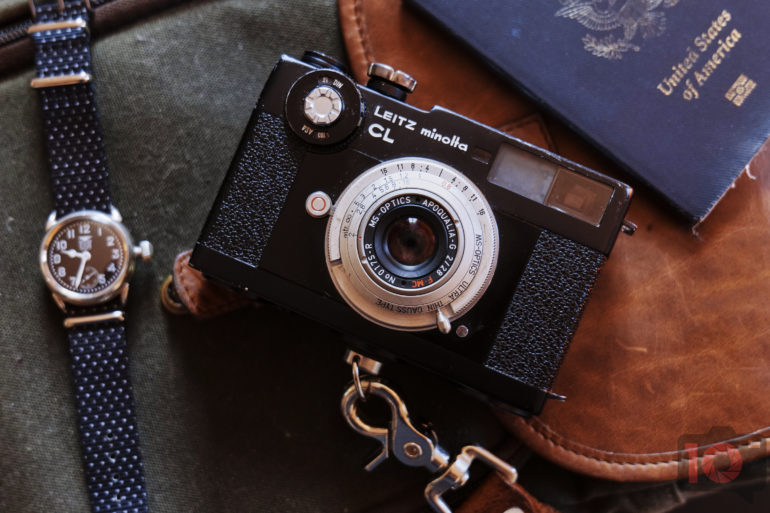 The Leica camera, no matter the model, is always in demand. But the Leica CL has the hearts of many photographers. It’s the smallest M mount camera made. And on eBay, the Leica CL is crazy cheap right now. This isn’t the digital version with an APS-C sensor. (I always felt that was a slap in the face to that part of Leica’s history.) Instead, this camera uses 35mm film. It also boasts a light meter. The Leica CL was created in collaboration with Minolta. And there’s a very excellent and super small 40mm f2 Rokkor that is still one of Leica’s sharpest lenses. But there’s an even smaller lens for Leica M Mount that makes photographers’ hearts beat. That’s the MS Optical 28mm f2.

This lens is incredibly close to being a pancake. It’s small on a Leica M camera, but it’s a perfect complement to the Leica CL. With this lens attached, you’ve got the epitome of a compact Leica camera setup. In fact, it could quickly become the camera you bring with you everywhere. Sling it around your shoulder or chest with a solid leather camera strap. Attach a wrist strap to it and carry the Leica CL around. Put it in your jacket pocket with the 28mm f2 as you photo walk. This compact Leica camera setup is bound to impress you.

The MS Optical 28mm f2 has a fully working zone focusing scale. But instead of looking right down at the lens, you have to turn it so that it faces you. Then you read the zone focusing scale and go about shooting. The aperture control is also done on the front of the lens. Just turn the aperture ring, and you’re good to go. At less than 10mm thick and weighing only 50 grams, you’ll be quite pleased. There’s no lens hood that I know of. So you’ll just need to trust yourself and protect the front element. Always bring a microfiber cloth with you to clean it just in case. After all, why ruin the compact setup with a lens hood? What’s more, the MS Optical 28mm f2 is made of metal. So the build quality is undoubtedly there.

On the Leica CL, you’ll basically just use the outer edges of the frame to set up your shot. I’ve always felt that 28mm is wider than the Leica CL features but to each their own. This compact Leica camera setup is sure to be loved by anyone who likes film compacts. By that, we mean point and shoot cameras. But of course, the Leica CL isn’t a point and shoot. It’s a rangefinder. And if you get a serviced camera, it will have a working light meter.

The only problem that I personally have is quality variance. I’ve seen some pretty sharp photos from the MS Optical 28mm f2 before. But my copy isn’t all that tack sharp. There’s a low contrast and a soft look. With film, you may be better off shooting black and white photos.

On digital, we recently used the MS Optical 28mm f2 with a Panasonic S5 and an M to L mount adapter. We’ve also used it with a Sony a7r III (where it performs better). Dial-in a color profile and you’re good to go. Panasonic’s Vivid color profile works nicely.

Similarly, the Deep Color profile on Sony will seemingly add a bit of contrast and clarity to the shots. You’ll really like it. But remember, to get the most compact camera setup, you need to reach for a Leica CL.