Photography Cheat Sheet: How to Hold a Camera for the Best Stability 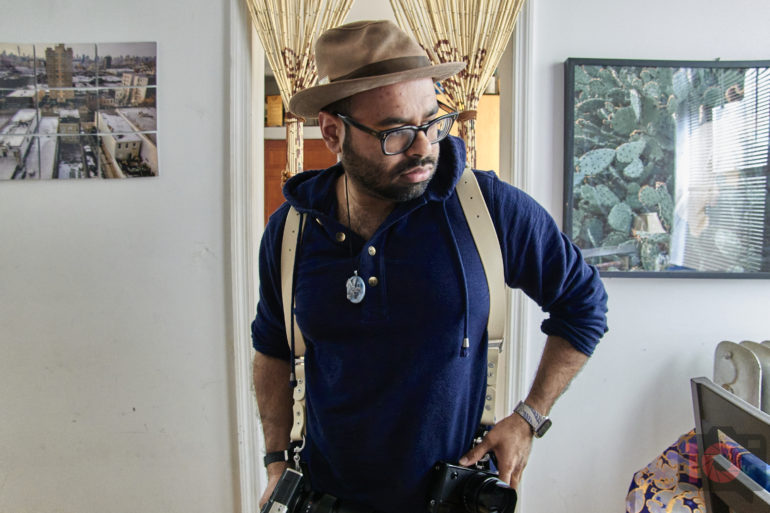 Do you know how to hold a camera and keep it steady without image stabilization??

If you’re looking for a way to stabilize your camera and finding that image stabilization isn’t enough, then we’ve got some methods for you. Of course, there is the tried and true method of using a tripod. But not everyone always wants to carry one around. We’ve noticed lots of folks just not using the proper methods of doing these things. This is partly because of all the new photographers who have come up in the past few years. With so many lenses and sensors having image stabilization, they think they don’t need to check themselves. The truth though, is that proper camera stabilization starts with you. So we’re getting into the basics today and showing you how to hold a camera.

Breathing: Out or In?

There are different sides to the coin here. I’ve been scolded by men older, lamer, and with something to hide that you should always deflate your lungs when shooting and that army snipers do this. I can tell you that this isn’t necessarily true. But the rationale behind it is pretty logical. Think of a balloon, it doesn’t move around at all when it’s fully deflated. But when it’s filled with air, it can move on its own.

The flip side of this is to breathe all the way in and hold your breath at the top. Of course, you don’t fully inflate your lungs. But if you hold your breath fully, you won’t shake as much.

Personally, I go for the latter because it allows me to shoot for a more extended time. I like to relate it to archery. You have a specific stance. Your torso is one way. Your head and back are straight. Your shoulders and your elbows are doing the work in a way. And if you deflate your lungs, pull the string, then aim, you’ll end up sometimes trying to suck air in. That will destabilize you. Of course, the further your target is, the more dramatic the effect. As it relates to photography, the longer the lens you use, the more dramatic the effect. Let this seep in when you think about how to hold a camera next time.

Lastly, we’re going to touch on one big thing: shutter speeds. We summed it up very well in this piece:

The reciprocal rule of shutter speeds states that:

The Phoblographer’s Photography Cheat Sheets are made with Visme.