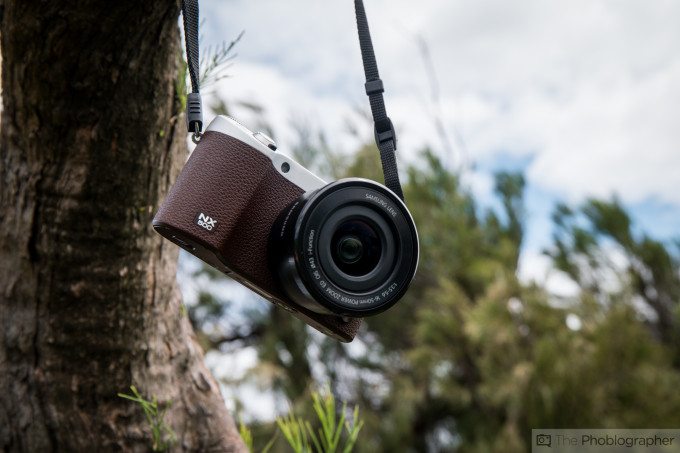 If Samsung had just kept trying, they probably would have used their better technology to go after a new generation of photographers and could have rivaled Sony.

Samsung, like Sony, faced a pretty rough hill getting the respect of many a photographer. But after a while, they earned the respect of the press because they were making genuinely good products. Unfortunately, as soon as they really started to take off, Samsung pulled the plug. The company presented ideas that were very ahead of its time, such as putting Android into a camera, their specific interface for touch navigation, etc. While we can attest to the quality of their phones, I can also still testify to the quality of their cameras and their lenses.

When Samsung first started out, their cameras were really targeted to enthusiasts and hobbyists. Some of their best cameras didn’t have a viewfinder on it. Instead, you’d just use the giant LCD screen. And this is pretty rare among the camera world today. Most of what Sony, Fujifilm, and Canon offers in the APS-C world has a viewfinder. Yet when you look at how lots of new photographers shoot, you’ll see that they’re using the LCD screen instead. If Samsung had kept the options with a viewfinder on the camera targeted to the higher end shooter and stuck with LCD only for the consumers, they would probably still be in business today.

Further, I genuinely feel like Samsung would have found a way to develop full frame sensor cameras and become an even bigger photography powerhouse. Their autofocus evolved to be not so bad after a time, and with extra time, it would have gone even further.

Ultimately though, I still question whether or not Samsung would have stayed in the photo world. They’re a company that revolves around sales of lots of higher-end products than being a luxury company. These days, I feel like cameras themselves are mid-tier luxury products. No one really needs them except for professionals. And if you have one, then you’re probably either a professional photographer who makes taxable income from them or you’re a hobbyist that genuinely loves the art form behind it. You’re nowhere as stingy as the watch world, but you’re your own lot. Lots of you love tech, and Samsung is a great tech company. When it comes to art, you’re all split. Some of you don’t care and don’t get it. Others scratch the surface from what I’ve seen. Samsung, again, would have found a way to penetrate both worlds.

If Samsung were to come back today, here’s what they would need to do:

This last point is probably going to hit home for lots of Pentax fans and Nikon fans. Nikon hasn’t been doing so great in the past few years, and Pentax has been bounced around and gutted from company to company. Samsung, years ago, had a special relationship with Pentax and using the K Mount. But I can see how a DSLR that did all of this could be very appealing, or creating a mirrorless K mount camera could also do the same thing. Sony followed this path after they bought Minolta.

Maybe one day, Samsung might actually return to the market. On second thought, I doubt it.