Cheap Photo: Grab the Fujifilm X-H1 with Grip for $999 While You Can The Fujifilm X-H1 is one of the best APS-C cameras around, and a no brainer at this price.


If you’re in the market for a new camera, and you want a smoking hot deal, this Cheap Photo is for you. For a limited time, the magnificent Fujifilm X-H1 with the battery grip can be yours for the insanely low price of just $999! That’s an instant savings of $300! You really don’t want to miss out on this red hot deal. Join us after the break for more details.

The Fujifilm X-H1 is one of our favorite Fujifilm cameras. This beast of an APS-C camera features the brilliant 24.3 Megapixel X-Trans sensor, has in-body image stabilization which is good for 5.5 stops, and features a 3.69 million dot OLED Color Viewfinder. Top it off with the fact that the 3.0 inch 1.04 million dots touchscreen LCD is a joy to use, and that you can shoot up to 14 frames per second, and you can see why this camera is a firm fan favorite. All of these mind-blowing features tucked into a rugged body for only $999! That’s crazy! We were really impressed with the Fujifilm X-H1 when we reviewed it; our Editor-In-Chief likes it so much he currently rocks one of these cameras himself. The Fujifilm X-H1 is easy to use, it can produce stunning images, it’s weather-sealed, it has all of the Fujifilm film simulations we have come to know and love, and it has SD two card slots. When the Fujifilm X-H1 was released, it retailed for $1,899, but now, for just $999 you will be able to get your hands on one of the best cameras Fujifilm has ever made. 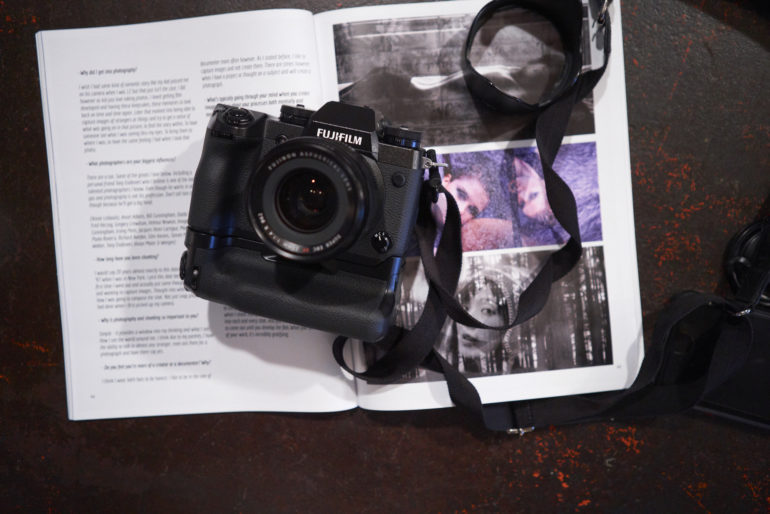 If you like shooting video you’ll love the X-H1 even more as this camera can shoot 4K video without breaking a sweat. This is one of the hottest deals we have seen all summer, and we’re sure it won’t be around for long. Grab the Fujifilm X-H1 while you can for $999. You won’t be sorry about picking up this absolute gem!