The Zenitar 50mm f0.95 for Sony FE Will Need Their Awful Focus Peaking When I saw the news of the new Zenit Zenitar 50mm f0.95 lens I was truly as excited as so many of you are, but then I remembered just how terrible it is to use the focus peaking feature on Sony FE cameras. Now lots of you may say, “Chris, you can just use magnification.” But the truth is that you shouldn’t have to do that and it really isn’t a faster way of working with the lens because you need to move the focusing point around depending on your scene’s composition unless you’re an absolute master of the focus and recompose method of shooting–and I doubt many of you are. So while the Zenit Zenitar 50mm f0.95 seems to be quite tempting, I’m going to warn folks against it at least initially.

Over on Sony Alpha Rumors, they cite the press texts, which states:

The ultra-high aperture ratio of F / 0.95 provides low-light shooting. Distinctive design detail has become a perfectly round diaphragm, provided with fourteen petals. The new Zenitar has a completely metal case and weighs very well – 1.1 kg. The optical design of the lens has 9 elements in 8 groups, the calculation of the scheme Bogdankov VA, design – Timireva A.A.

That’s all cool. But practically speaking, this is going to be one really annoying lens to work with because Sony’s focus peaking feature on their FE cameras is abysmal. I’m not the only one to say this, other staffers have said it and photographers have spoken about it with me. Specifically, I remember a conversation with Steve Huff while on a press trip while he was testing the Voigtlander 40mm f1.1 and how bad Sony’s focus peaking was.

So What’s the Problem With Sony’s Focus Peaking? 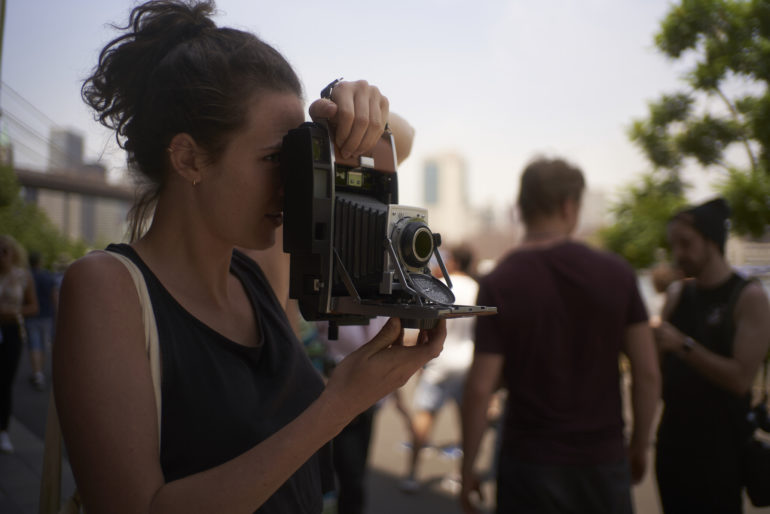 Well, there’s truthfully a pretty big problem–in that I mean that full frame sensors are bigger than APS-C. So let’s track this issue:

What this means in practical application is that when you go to focus on a subject with the Zenit Zenitar 50mm f0.95 lens, it won’t be in focus. So you’re going to need to: Is this a “Sony Only” Problem? Yes. This is a “Sony only” problem. How do we know? Before I created this section, I pulled out the Leica Q2 and tested their focus peaking. It’s spot on. Sony’s never is–and so the Zenit Zenitar 50mm f0.95 lens will be a nice, cheap lens option with fast aperture and lots of bokeh, but it’s going to be a pain to use. If you’re shooting portraits, then you’re going to need your subject to hold really still and that’s going to slow down the entire flow of a shoot. If you’re using the lens to shoot other random stuff that doesn’t move or landscapes, then it probably won’t matter much. For street photography, I wish you the best of luck getting anything in focus at f0.95. And as a result, the Zenit Zenitar 50mm f0.95 lens probably will be practically useless.