Seriously Ask Yourself: Are You a Photographer, or a Photo Editor? This has come up in a number of situations where I see loads of tutorials on how to make an image look a certain way.

I’ve been quietly contemplating the idea of whether someone is a photographer or a photo editor, and at the same time whether or not they have the right to say that they’re a photographer or a photo editor. Go ahead and say, “Just shoot and do whatever,” but I think this is a major part of one’s photographic identity. If you screw a light bulb into a lamp you’re not an electrician. If you clean your apartment you’re not hired help. If you cook a special dinner for 25 people you are neither a woman of the kitchen or a chef (and I’ve specifically heard this said before by both genders). So if you focus on your Lightroom, Photoshop or Capture One skills, are you really a photographer?

Let me break this down: are you really a photographer if you shoot an image and most of the time that you spend making that image is in post-production? Can you really say that you know how to edit your images if all you did was just a little bit of tuning in a basic adjustments panel that took no more than 30 seconds? But did you spend more than 30 seconds trying to get that specific photo with full intent? Were you simply messing around until you got something you liked in post-production? Or were you messing around until you got something you liked in the camera?

I’ve thought more and more about this idea in recent times in conversations and observations with lots of “photographers” and “photo editors” I speak to. One can have a creative vision, but that vision only comes out in Photoshop. One can also have a creative vision, but that vision could equally be realized with lots of production, careful planning, direction, etc to make it happen. This doesn’t apply only to digital photography, but also to film and analog.

To really hit home on this, I want to explore our Creating the Photograph series a bit. This is an image from Reviews Editor Paul Ip: and as he states in his piece, he didn’t spend a whole lot of time editing it because he tries to get the photo as much in camera as possible. To get that effect, he used a CD and bounced light off of it. You can read more about how he did it here. 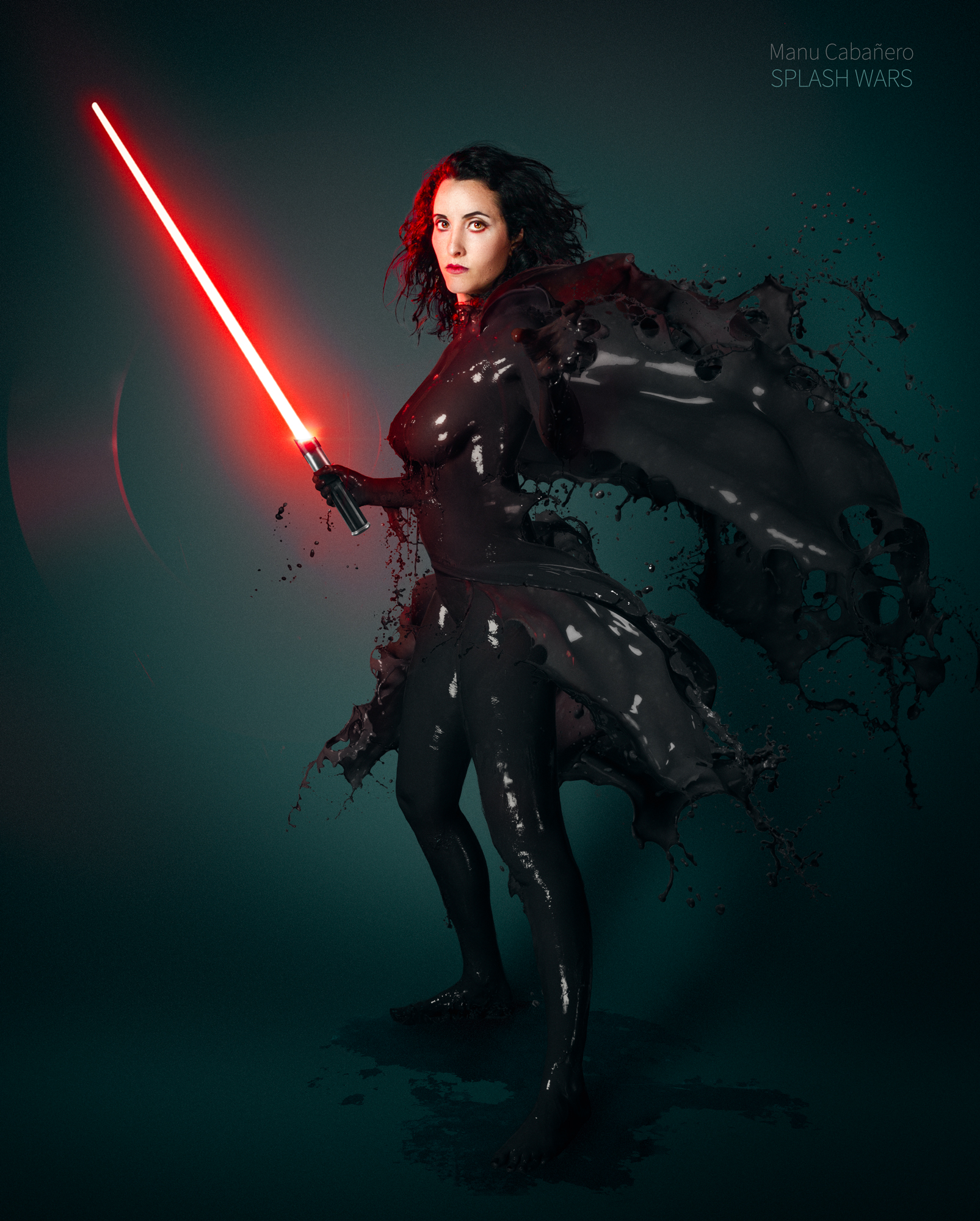 This image above is from Manu Cabañero’s feature on his Splash Wars piece. He speaks about the shooting process and how the Photoshop process took a lot of patience.