Kodak Portra is among the favorites of today’s film photographers for portrait and wedding photography. But if you want to satisfy your curiosity and see how it would perform for landscape shots, we have a fine example for you from Wellington-based photographer Jacob Howard. His series Last Stop Before Insomnia features a collection of landscapes shot in medium format using a Mamiya 7 II 6×7 rangefinder camera. Howard most likely used Kodak Portra 400 to render the scenes in the popular emulsion’s high saturation, low contrast, very fine grain, and high sharpness. The Portra film family is also known for producing accurate colors that render neutral skin tones. But these also prove to be great for the variety of scenes he captured. Carmencita Film Lab has found that Portra tends to produce warm greens compared to one of its counterparts, Fuji 400H. Apart from the moody, earthy hues, the set also features a myriad of textures from all the elements in Howard’s snaps. Medium format film proves a great choice for capturing these in great detail, whether it be textures on snowy peaks and misty mountain slopes, a rocky cliff, the tiny ripples of the waters, or the spindly trees that line an empty road. 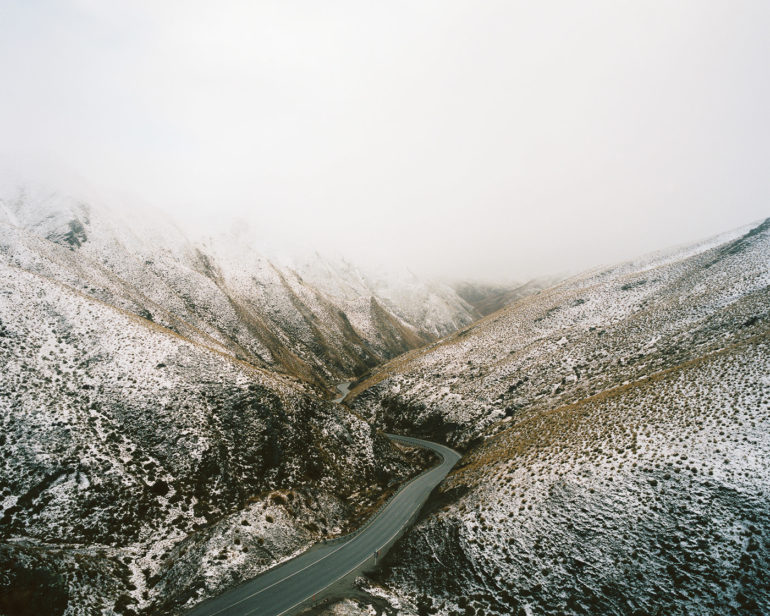 As you may also have noticed, some of these landscape snaps show traces of human presence within the scenes; a winding road, a lone light pole, a bridge over water, and a single structure surrounded by the vastness of the sea, to name a few. These could very well be clues pointing out that Howard could have snapped during a walk one late afternoon before sundown — or before the night once again reminds him of impending insomnia.

Check out Jacob Howard’s Behance portfolio to see more of his work.