Hints of a Leica 35mm Noctilux Lens Spill Onto the Web 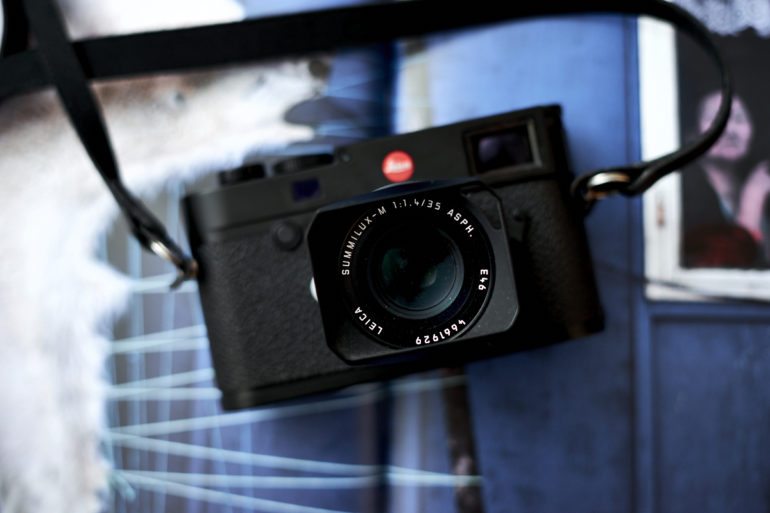 We might be treated to some new Leica cameras and lenses in the very near future; including a Leica 35mm Noctilux lens.

If you’re a fan of all things Leica you’re going to like this news. During LHSA (Leica Historical Society of America) meetings that were held late last year, current Leica employees and product managers hinted around that the company road map is littered with new cameras, lenses, and initiatives that could all be released and rolled out in the near future. One of the coolest things is the addition of a hybrid viewfinder Leica M camera that sounds similar to how the Fujifilm X Pro series of cameras works. But perhaps the most exciting thing is the addition of a Leica 35mm Noctilux lens.

Thanks to a report on Leica Rumors we now have a better understanding about the new Leica cameras, lenses, and initiatives that will be rolling out of their headquarters in the future.

Now, before we go on, let’s think about the possibility of a Leica 35mm f1.2 Noctilux! That would be incredible as Leica’s own lenses have always been about to outshine the competition from 7Artisans, Voigtlander, Zeiss, etc. They’re always sharper and always have a unique look to them that can’t be matched. Are they pricey? Heck yes; but you get a lens that is truly a one of a kind. Voigtlander has had their own Voigtlander 35mm f1.2 lens for a long time with two iterations of it; but if Leica made their own it would surely be much better.

What isn’t mentioned in the Leica Rumors report but that I’ve spoken about with Leica technical reps myself is the addition of extra weather sealing to Leica M lenses. It would be perfect for the analog and digital systems both.

According to the report, the first tasty hint talks about a few new cameras that could be coming out. There will be a refresh to the Leica M series that will see the heritage of the camera preserved, with future releases taking a page from the M10 updates. When so many other camera manufacturers are loading their cameras up with everything but the kitchen sink, the M series will remain true to its history, and will offer a much more traditional camera experience. No doubt this will please purists to no end.

We really wonder what that could mean as the Leica M10-P added new things like a film advance ergonomic addition–which really helped. Then the addition of the ISO dial was great too. While Leica wants the M series to appeal to traditionalists they also understand that there is a need to cater to the new generation of photographers too. Jesko, a product manager for the M series suggested that there may well be a new camera with an electronic viewfinder that will sit alongside the more traditional rangefinder camera. There was also talk about a possible update to the SL2 as well. The current feeling is that the SL2 is not elegant enough according to Leica, so any redesign would make the new camera less boxy, and the update would see the cameras autofocus performance enhanced, and it’s sensor upgraded.

Part of these changes may be in cooperation with Panasonic and Sigma as they are now part of the L Mount coalition. What we hope is that the new Leica SL2 successor won’t be the same thing as Panasonic’s Lumix S series of cameras with a bit of firmware enhancements and being offered at 2x the price. If anything, that would be just ridiculous; but it’s a possibility. We also hope that it’s unlike Sigma’s mirrorless camera options. If anything, a rangefinder style body would make the most sense. Leica got the rangefinder camera system right–more so than any other manufacturer. So why not just stick to it? It would provide quite a bit of differentiation from Panasonic’s options too.

During the meeting Leica representatives also talked about some new customer service initiatives too. Right now the new programs are being tested in Germany, but they expect all of the programs to be rolled out to key markets soon. The new initiatives include a new finance program which will make buying Leica cameras and lenses easier, and a professional camera loaning system. Customers in North America can also look forward to a new camera repair and servicing program too, which is quite exciting.