Simpler Than You Think: The Secret To Metering a Portrait Photo With a Flash Sooooooooo many photographers are completely and totally scared of using a flash, but in all truthfulness it’s probably sometimes easier than metering for natural light. Because a camera has options like aperture priority for a photographer to tell the camera only what depth of field a photographer wants, lots of photographers tend to opt for this setting more than anything else. If you’re shooting in manual mode, this can work too but it isn’t always worth doing.

Now what if I told you that when working with a flash, you can set it and forget it? Well, it’s true for the most part.

How Exposures Work with a Flash So when it comes to working with a flash in a scene, the laws of exposure change just a bit. Here’s how it works:

Laws of Exposure Without a Flash

Laws of Exposure With a Flash Essentially when you’re working with a flash you can expect a few things. For example, you’re always going to work with a lower ISO than you typically would if you were just working with natural light. The reason for this is you’re creating your own source of light with the flash that is arguably brighter. You also want to always shoot in a situation where you have the most control over the lighting. So if you’re shooting outdoors on a bright sunny day, you may want to use the shadows of a building. Otherwise, if your flash has a flash duration, it can also help.

The flash duration is something that effectively acts as the shutter speed in a way and can help stop fast moving motion. For example, if a flash has a duration of 1/8000th, then it can stop more motion than a flash with a duration of 1/320th. It works just like shutter speeds and also results in more light getting cut most of the time.

Manual Flash is Better than TTL (Most of the Time) If you’re doing photojournalism, weddings or parties then you’re most likely going to want to shoot in TTL flash because it means you one have less parameter to worry about when shooting. But otherwise, manual flash can be best because it helps you actually get the creative vision you have in your head (providing you have a creative vision). TTL will do what the flash thinks you want based on metering. But sometimes you don’t want what the flash is telling you to do. In a case like that, manual can be much better. 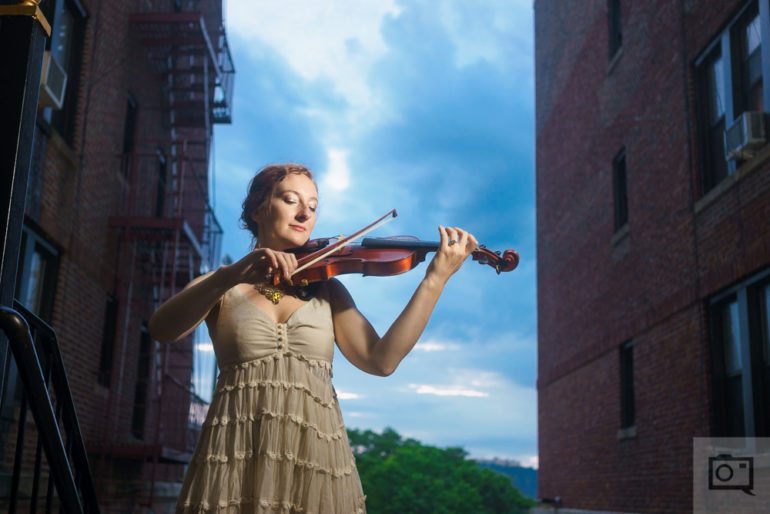 So now here’s what happens. When you’re shooting with a flash, you’re creating your own light. So the light source will CONSISTENTLY fire at the same power. That variable isn’t changing and as a result, your other variables don’t change. With that said, you’ll be shooting at sometimes like 1/125th, f4 at ISO 400. So now that that’s a constant, you don’t need to adjust your metering over and over again and instead you can just focus on the poses in the scene.

Simple, right? You just need to do some figuring out beforehand.