Why Small Film Cameras Are The Ultimate Every Day Camera 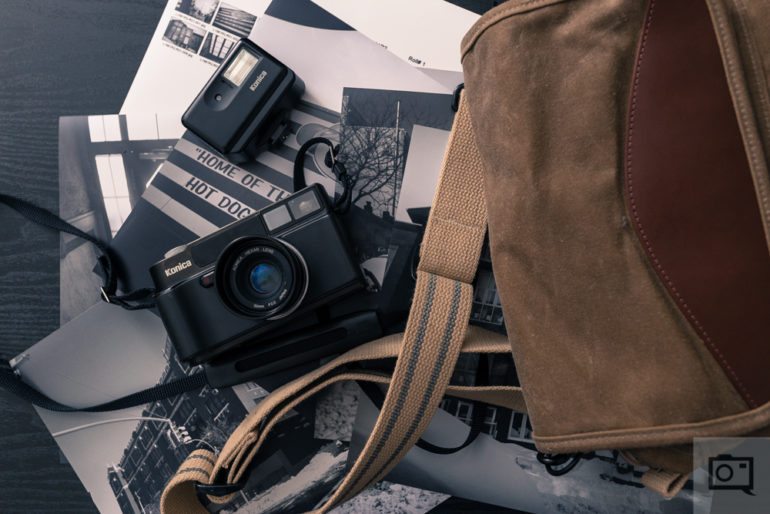 This addiction of mine began a few years ago and continues into today; it helped spur a movement. Remember a few years ago how Fujifilm came onto the scene with cameras that had retro aesthetics, looked gorgeous and actually functioned well while doing it nowhere as expensive as Leica? Then Olympus hopped on board. Then Sony, and the train kept taking off. It got its fundamental start with film cameras and that whole movement. The idea of using a proper dial of some sort and retro-grade ergonomics has continued to enamor photographers everywhere–but no matter what camera manufacturers have done, I think that I can make a very valid argument that they’ve all come very close and done a fantastic job. However nothing fits into your hand or functions just right like some sort of small film camera.

You see, all these retro cameras all do a great job in creating fantastic photos. But we’re honestly at a point where that isn’t tough to do for any manufacturer. At the same time, there are photographers that understand and love the image quality. But what about soul? I’d make a very strong argument for the Leica Q, the Olympus Pen F, the Fujifilm X Pro 2, the Leica M-D, the Leica M10, the Ricoh GR II maybe and the Fujifilm X-T20. But rest? They’re all soulless. What am I describing? There’s a special Je ne sais quois about these cameras that made so many folks all around the globe fall in love with them besides just for the looks. While cameras like these all have that special something to them, they’re still really all there. I’m a man born into the film era/early digital, went digital and am now back to film. And absolutely nothing excites me about a camera like loading it up every time with a new emulsion, considering how I’m going to shoot the entire roll, figure out the subject matter, and that whole actual process. It’s the process that’s a beautiful thing–and this translates into actual use.

There are still truthfully very few things that are as exciting as shooting, being forced to not look at the images, and just going about with life. But with digital, the temptation is there and it’s easy enough to not take, but it’s still just not the same. It’s a simulation. It isn’t real. It’s good; but it’s not…organic. And this is a word that I truthfully keep coming back to but it’s truthfully the best way to describe it. Digital, in some ways, takes the fun out of photography with the exception of adding to its experimentation. But with film, you get the experimentation through the actual shooting process and while alone in a darkroom in total meditation and contemplation of your thoughts. You’re in the moment. You’re zen. Maybe you’re a little high off some chemicals too but that’s besides the point.

These film cameras have a full piece of 35mm film inside. Not something APS-C, not Micro Four Thirds, film! It’s locked at an ISO and you have to commit to that ISO throughout the roll to get the best results. Then you need to figure out how you’re going to expose one or another. Then when you’re getting that developed, you have to consider the careful notes that you may be taking.

Sounds superfluous doesn’t it? I guess it is. But that’s part of the romance of it all. Digital, in and of itself, is just too easy. Everyone can do it. Beyond that, everyone can do it so freakin’ well that photography in and of itself as a medium for art is devalued. The creme de la creme still is going to rise to the top, but it’s going to be a smaller percentage of folks. For what it’s worth, you’re going to work harder with film. You’re going to strive for a perfection that digital can possible give you if you know how to work with Capture One or Lightroom that well. But otherwise, you’re going to sit there experimenting around like someone on a timer trying to do mental math that’s bad at mental math.

But with film, these small cameras are always with us. They’re typically smaller and have better ergonomics than digital cameras do. They’ve got batteries that last longer than a 5D shooting a wedding does. They’ve got great optics. And they’re often much more inconspicuous.

Though maybe, just maybe, these are the words of an overly excited 30 year old man hyped about getting back to his Leica CL.